Sorry, just left Goblin a few weeks ago to (re)join the GWJer FC.

Perhaps low numbers compared to others, but I was surprised that I joined the 1000-hour club so quickly! Really sneaked up on me.

The exciting part is that there's still so much I don't know about this game.

So many Dungeons left locked

So many raids I've never done

Yesterday, I played some gold saucer GATES I'd not done before.

This game is massive and incredible.

All that and you’ve got not one, but two wolf fangs!

Since they reduced the number of DR runs required for that relic step, and also, hell, what else was I going to do mostly locked down: 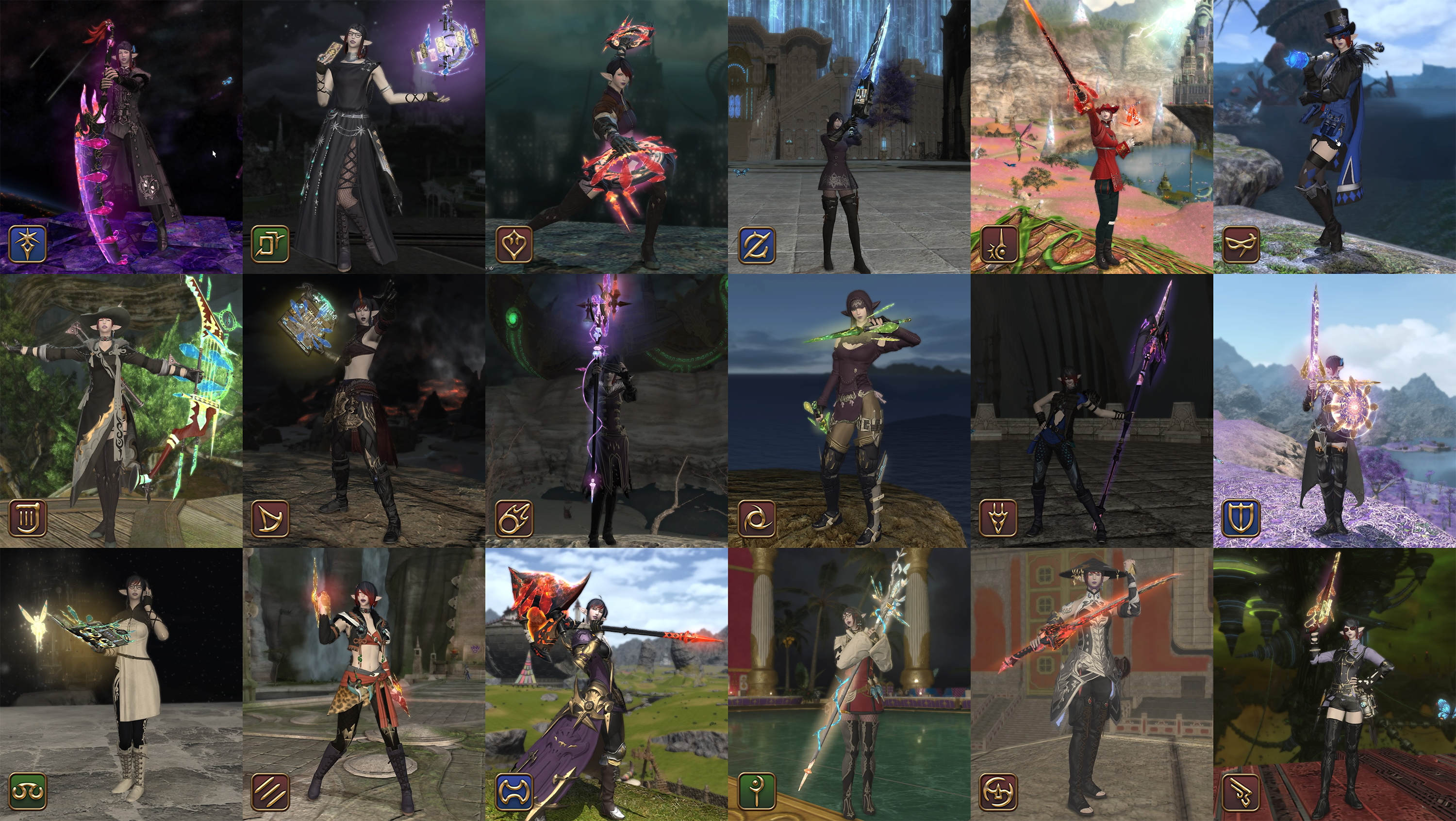 Wow! Congrats! I just finished getting the Heavensward relic done for Dark Knight. Next I’ll probably try to get the ARR one for Paladin, but not until I have it to 80 first.

What sort of time commitment is involved for those? I've almost finished up MSQ (the only reason I haven't, is because all my focus is on savage raiding + expert roulette). I'm not sure if the effort is worth it when I can just grab an augmented cryptluker weapon which is "good enough' for the raids I'm doing right now.

Wow! Congrats! I just finished getting the Heavensward relic done for Dark Knight. Next I’ll probably try to get the ARR one for Paladin, but not until I have it to 80 first.

Thanks! I also did HW DRK, and have SB DRK up to the final step which I think requires doing Baldeseon Arsenal, and I'm not sure I want to go through that. I've considered an ARR relic, but obviously my main wasn't around for that, and neither was my primary DPS (DNC) or preferred healer (AST). I may eventually do BLM or SMN.

What sort of time commitment is involved for those?

For all of them, an absurd level I only attempted because I started when we were all deeply locked down. For one, I'd call it significant but doable, though I was helped immensely by some stages requiring tokens from duties I really enjoy--I love the Ivalice raids, so 18 runs of any wasn't much of a burden for me. I also started at a time before the weekly tome cap increased, so at the time, relics were actually easier to get. I'd say it's worth it to do at least your main, or whatever your raiding class is, since we could always be good enougher.

My mind says play this game again but my life says no. So much fun to be had and I don't think I've even completed ARR once.

Anyone wants to hang out in Sargatanas, let me know.
The story in this game IS AMAZING.....

My mind says play this game again but my life says no. So much fun to be had and I don't think I've even completed ARR once.

Turned out I was 2 quests away from completing ARR. Go figure. No longer have the Road to 70 buff, but then again I'm 60 heading into Heavensward as a RDM, so I'll just stick with it and be happy I don't feel compelled to level as many classes as I'm interested in while I have the buff (I got WAR and DRG to 50/54 in addition to RDM).

The feeling you get when you load in for the first time in a year is jarring. All the quests in process, the UI being screwed, the hotbar no longer configured how you like it and you forgot how to use the controller to navigate the menus.

I actually fired up a new alt on a random server and played for an hour just to get reacquainted with the basics. Yeah, old Dad over here.

The game looks FANTASTIC on the big screen from the couch with the PS5 upgrade!

A_Unicycle
Posted: September 1, 1:10 AM
One is often enough 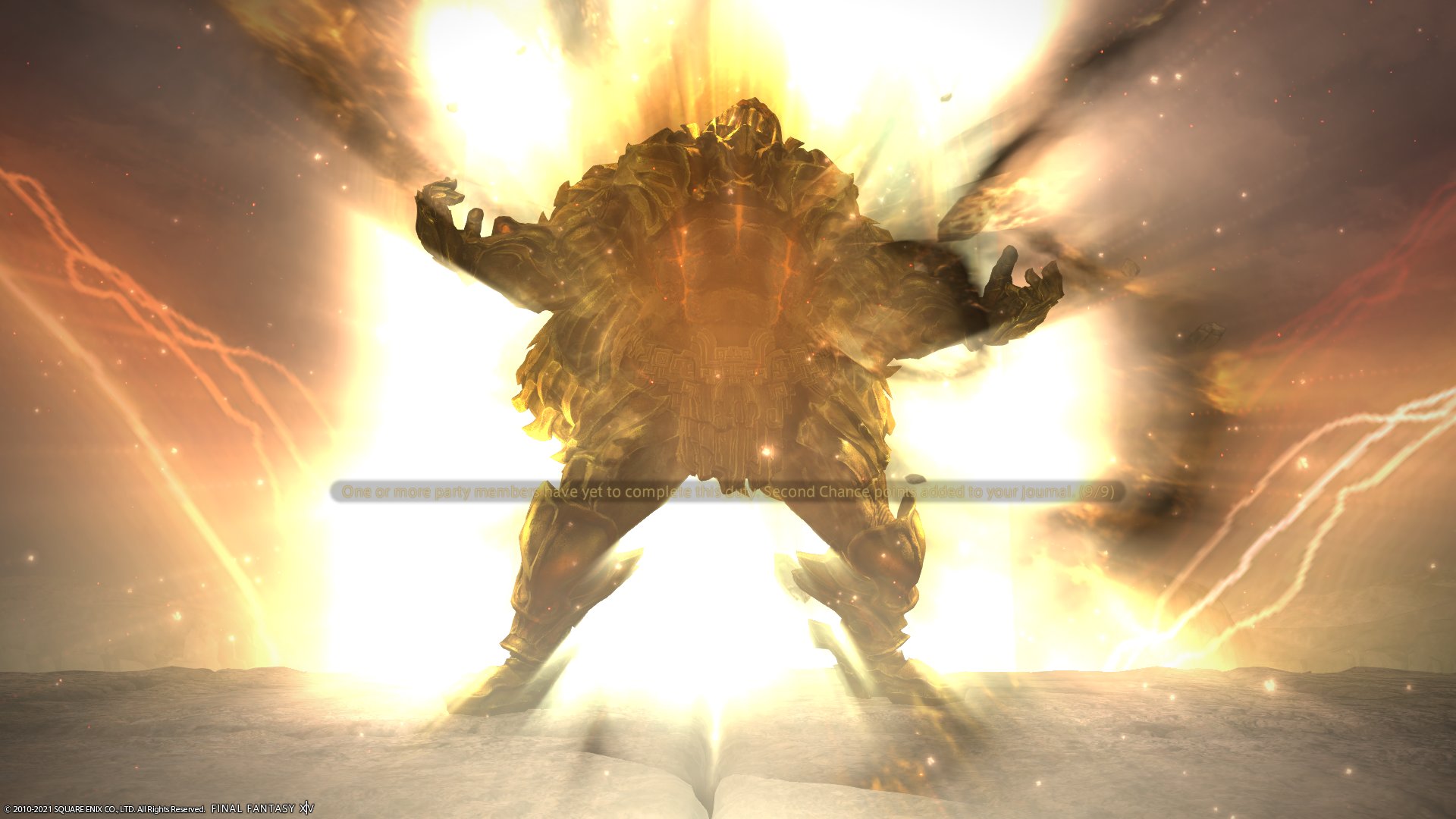 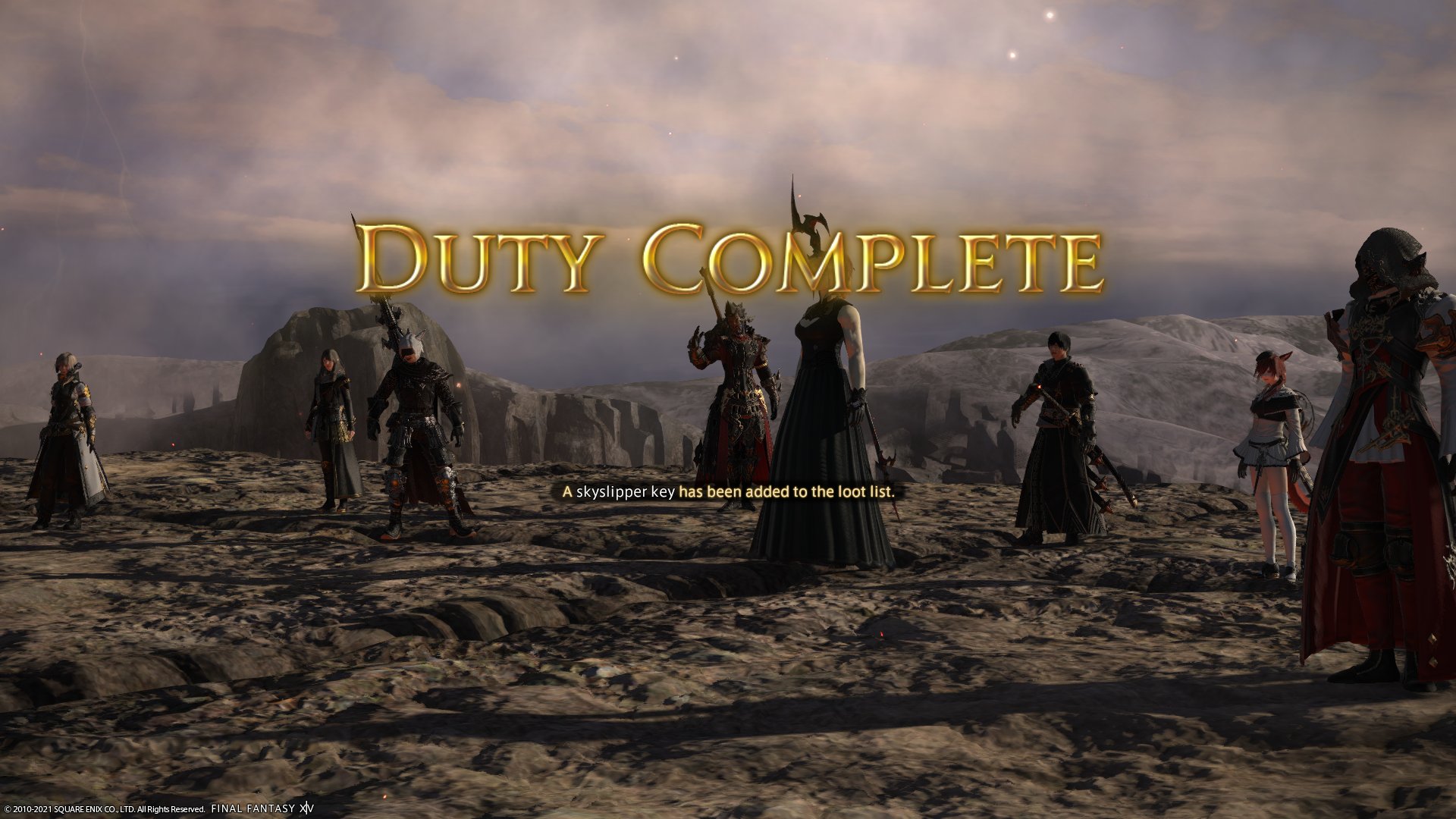 Titan Savage was, by far, the hardest thing I've done in FFXIV yet. It took us 2 nights to learn it, and that was with 2 guys who'd already cleared and could call out for us.

Just...damn! What a fight! Going through these Eden savage raids has been such a cool experience. It's the most fun I've had playing the game!

Anyway! We all cheered and felt very good about ourselvelves. Yay!

Did my first vaguely current Extreme Trials this weekend, specifically Dancing Plague, Crown of the Immaculate, and Minstrel's Ballad: Hades' Elegy. Current item level plus Echo on wipes makes it easy to brute force these now, but they were still a challenge, and it was fun learning them with a friend and randos. Crown of the Immaculate was the easiest - we killed it on the first pull, and I even got the mount. I assume that's all my good luck used up for the year. Hades was trickier, and took a couple of groups. We got a bit lucky in the final run and brute forced the last phase. It was messy, but we pulled through. Good times, and it was fun trying some harder content in the game. Not sure if I'll be doing savage raiding any time soon, but it does make me more open to at least doing more Extremes in the future.

A_Unicycle
Posted: September 24, 4:58 AM
One is often enough

I've been trying some new jobs before Endwalker.

I've always played white and black mages, but black mage is just so punishing in savage content. I was starting to find it too difficult to keep damage up while managing mechanics since I'm quite inexperienced with this sort of content.

I've been playing machinist and it's sooo much more forgiving. While they may have the lowest overall damage of any job in the game, I'm maintaining uptime and placing very well on my static's dps charts. I overall like the theme, but the simplicity of it isn't quite my thing.

Surprisingly, I've been loving red mage. I've always heard how it's the "easy" caster to play, but it's a step above machinist so it allows for some fun skill expression along with being more forgiving to play amongst tricky mechanics. I'm just shy of level 60, but having an absolute blast! It's incredibly well designed. It just has a good feel. The dashes forward and back are so damn satisfying!

Overall I'm not sure if I'll take red mage or sage into Endwalker, but it's been a fun experiment

I main Red Mage, and can confirm it's a blast

There's just enough nuance and wiggle room to make it satisfying when I really do well with the casting, but it's not overly hectic or fiddly with its abilities. Plus, free rezzes in a clutch is really satisfying, especially when it would otherwise mean the end of a run.

I'm around level 54 with Paladin. So far it doesn't really have a strong identity as a class, but I know it gets its magic phase rather late. That'll be my last tank, then I'll probably try to level Summoner (and Scholar for free). Not sure I'll be able to finish it before Endwalker, and honestly the changes coming to the job have me wondering if I should just wait until later anyway.

I've been going through New Game Plus, as I want to replay the entirety of the game's main story before Endwalker comes out. It's been 4+ years since I played A Realm Reborn, so it was fun revisiting it. The storytelling is still awkward, but being able to fly everywhere, along with all the pruning they did to the main scenario, made it go by pretty quickly. I'm now in the early stages of Heavensward, and it's still notable how much the presentation and pacing are improved over what came before.

If I weren't doing NG+ I'd likely have a better shot of leveling a bunch more jobs to 80 before Endwalker, but as it is I'm enjoying the story so much I'm okay with it.

Red Mage has definitely become my go-to DPS class (otherwise I main PAL and AST). Just finished all of Heavensward's post-game patch content this week, and slowly starting into Stormblood. Trying not to overdo it, which means I won't likely be caught up before Endwalker releases, but I should also not be burned out by the time I get there.

None of the tanks at this level really feel all that different to me (GNB seems slightly more fiddly), so I'll be curious to see how they change as I continue on through Stormblood.

I am a masochist who got everything to at least 50 and has been leveling the other classes. Partially because I am playing with both the boyfriend and a friend in Texas, so am gating my story progress based on when they catch up (general rule has been stop when we hit a duty or trial and wait for the others).