I posted an ad on Kijiji yesterday to sell my PS2. I get a call today from a guy who seemed somewhat confused, asking if I had a PS1 to sell. I said no. Then he said he needed one URGENTLY, and he was wondering if I knew where he could get one. I know of two retro game stores in town, so I gave him the names, but that's all I could do.

Now I'm left wondering what kind of emergency requires the acquisition of a PS1... Especially since a PS2 or a PS3 will play PS1 games.

Breaking one that belongs to a loved one, or finding a last minute birthday gift, maybe?

I bet that time travel is involved somehow.

I did not know how much I missed super hot until I played the new one. MORE.

I did not know how much I missed super hot until I played the new one. MORE.

If you own the original game on PC there is a DLC which you get for free. If not, you have to pay for it. I haven't started it yet. I don't think it will be tight like the original game, but it seems fun from what I've seen. Of course, the VR game is the best version of this game. I miss that not having any VR right now.

I'd argue OT has fewer fatalities.

This belongs in the Hot Takes thread.

This belongs in the Hot Takes thread.

I thought I remembered there being one but I couldn't find it. Fixed now.

Have you ever seen a Martha Stewart thirst trap? Well, now you have.

God her nostrils are so hot.

Can someone please photoshop Snoop into that photo and post it here?

Can someone please photoshop Snoop into that photo and post it here? 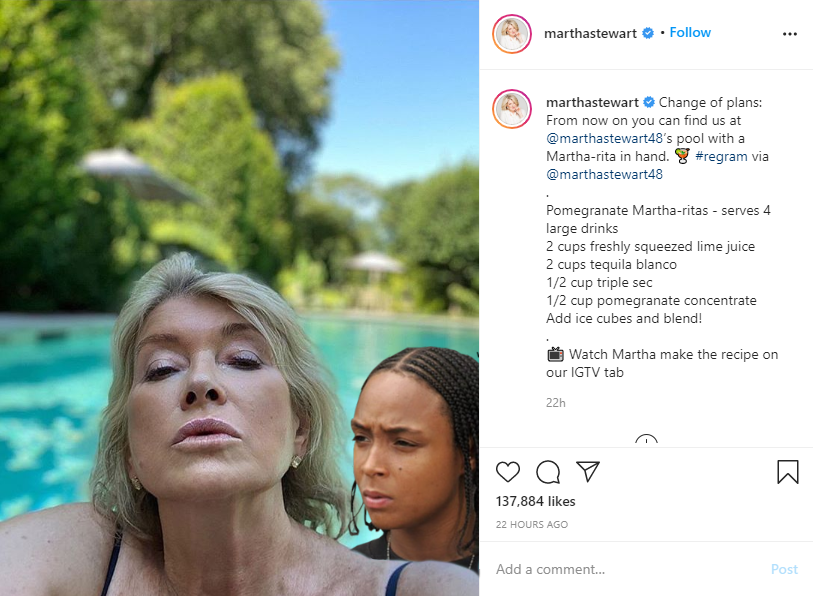 I didn't realize until I got the appointment confirmation but I actually made a dentist appointment for 2:30.

Sure it is. You've never seen The Wire?

Been working on a weird bug since Wednesday. When I call the system function to create a new entry, it creates it, but then wipes out the other ones.

The functional analyst says it works when you do it through the UI. He showed me how. When I finally got access to the transaction, I spent some time debugging the UI (which took forever), and I found that the UI executes a second step before saving the data (which was not in the original spec).

Digging further, I think the UI doesn't work as well as the analyst thinks it does. It works fine if I try to add a second entry. If I add a third, one of the other two gets wiped out. If I can reproduce this on Monday, that means we'll need to open a ticket with the vendor. I hope I can prove my point, because unless there is a bug in the system, I'm at my wits end.

Anyway, I'll try to put that aside and go back to hacking my Wii U as a weekend project.

I'm very serious. I don't have time for jokes or funny stuff. I'm busy taking things seriously. You come at me with wacky stuff I'm going to be seriously upset, seriously.

I saw a clown and was like "take off that red nose clown". He tried but couldn't remove the nose and each time he yanked it the nose honked. He made a frowny face and rubbed his eyes with his face. I said "that's what you get for clowning around clown". Stupid clown has to go the rest of his life with a red nose stuck to his face. Since I was so serious I felt sorry for the clown. He got in a tiny car with 20 other clowns and drove away with his sad face.

This is why I'm serious all the time. I don't want a stupid red nose stuck to my face.

When I moved into my current apartment a year ago, I was not planning on actually working from home all the time. Now that it's apparently going to be the case for at least the end of the year (and beyond!), I'm thinking it's time for me to rethink how everything is organized.

He got in a tiny car with 20 other clowns and drove away with his sad face.

Flashback to The Unmarked.

Today I learned about A Long and Lonely Fall, a radio play by Kevin Kulp.

Learning to play an instrument?

I don't know if you're asking or saying that's what I should be doing, but nope!

There are only 12 notes in the western scale. Those 12 notes are then organized into major and minor keys. There are only 7 notes to a major or minor key and most “songs” don’t vary from those 7 notes. Furthermore, though there are many many chords that can be formed by playing those notes simultaneously, there are only five or six chords which sound pleasant while staying in the same key.

Most popular music doesn’t stray too far from these guidelines, be it classical, jazz, blues, rock, or K-pop.

My former music teacher told me, “Jazz is just classical music with the emphasis being on beats 2 and 4 where classical has the emphasis on 1 and 3.” I scoffed, so he said, “Name me a simple classical piece.”
“Greensleeves!”, I blurted out.
“Perfect!”, he exclaimed.

Here’s where I wish that I had taken a video of him playing Greensleeves, first as a classical piece with the emphasis on Beats 1 and 3, then with a jazz feel by placing the emphasis on 2 and 4. He was playing all the same notes and chords.

This is exactly what’s happening with Mozart’s “Twinkle, Twinkle” and Armstrong’s What a Wonderful World.

I switched routers and that went ok but I wasn't prepare for all the things I had update. The cameras, plugs, bulbs, and everything that connects to the network. Some devices were easy to update but others I'm still trying update.

The good news is that switching to a new router has fixed my connection problems.