Awe! You named her after a Goodjer.

It was a close thing, but my wife preferred "Freya" over "Coldstream" and "UpTolsomorphism." Go figure.

Yeah, I'll need to have a word with your wife after I pet my adorable pugs Mario and Alba.

I don't know why you didn't name her UpToIsomorphism, it is as good a name for a dog as anything else. (Bad math joke).

I don't know why you didn't name her UpToIsomorphism, it is as good a name for a dog as anything else. (Bad math joke).

You're cracking me up!

In any case, we took all three dogs when we went to feed the horses this morning (because of course we also have horses), and my wife snapped this cute picture of all three: 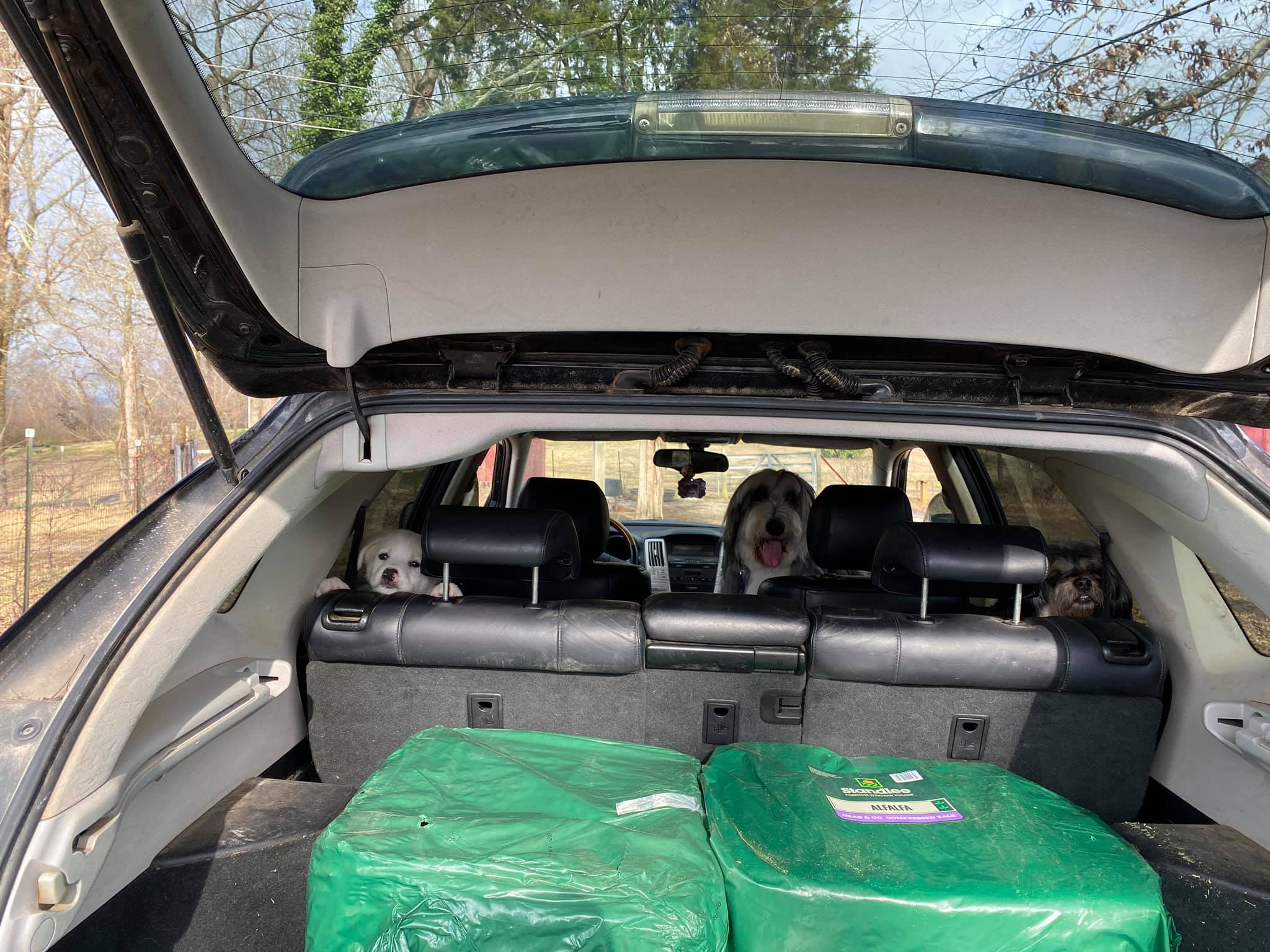 Then we let them run around in the pasture next to the one the horses were in, and they had the time of their lives. I'll see if I can post a video later... 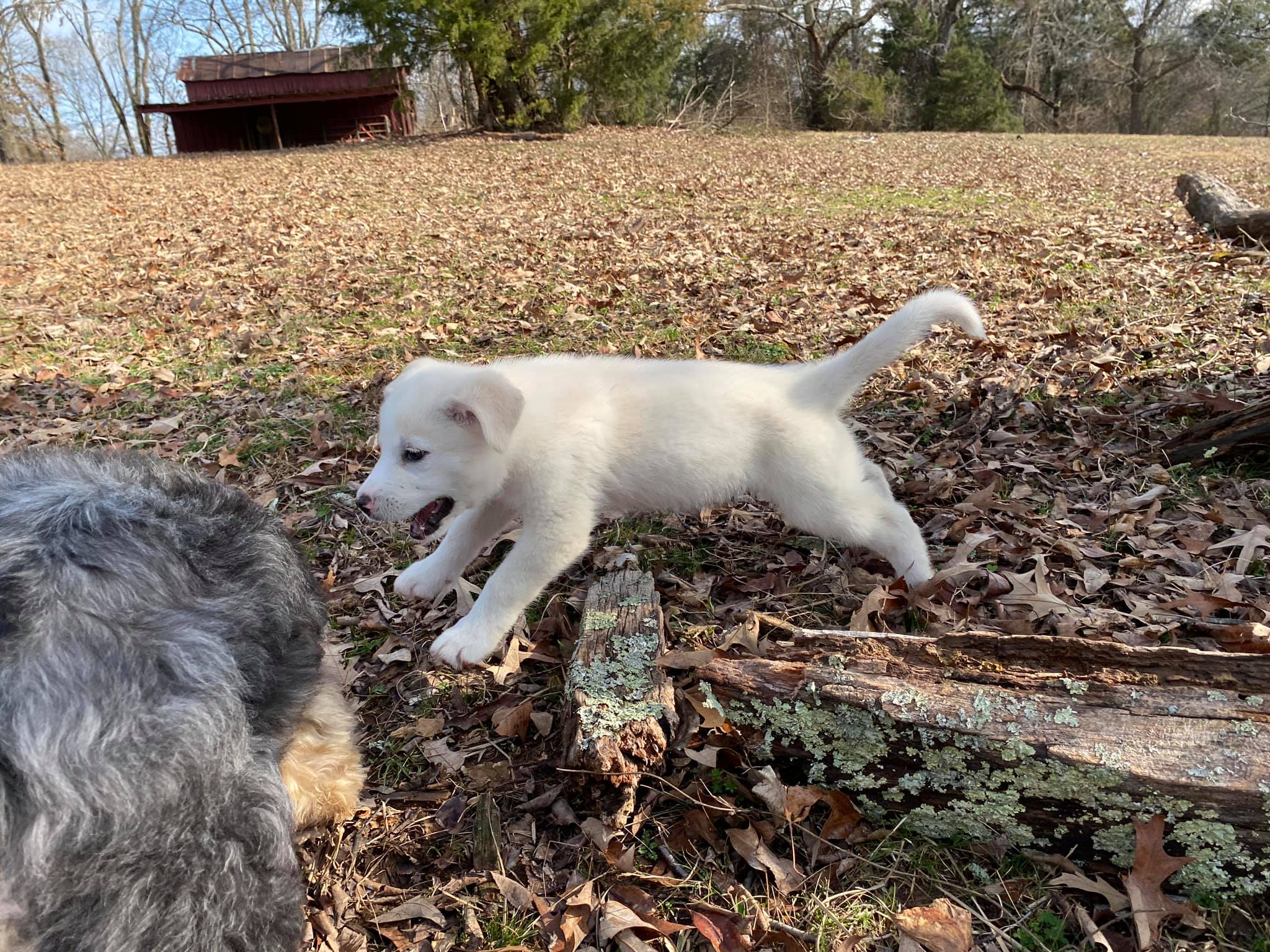 See if you can spot the snow leopard in each photo!

Matilda is tired of my shenanigans. 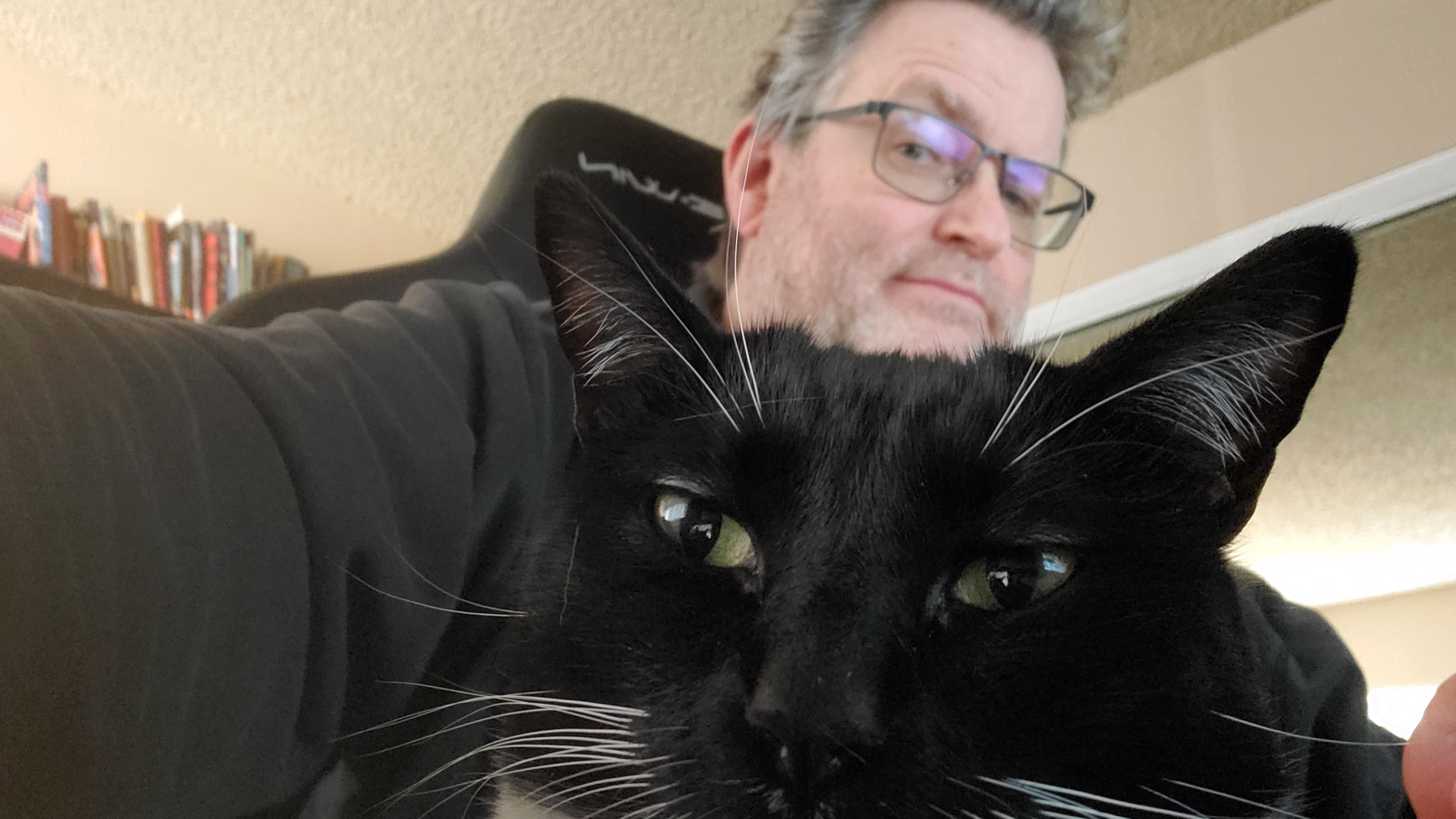 Super cute. I love the black and white contrast of her whiskers and her hair!

Super cute. I love the black and white contrast of her whiskers and her hair!

Yeah she's a very pretty girl, and she knows it. I mean she's always in formal wear. 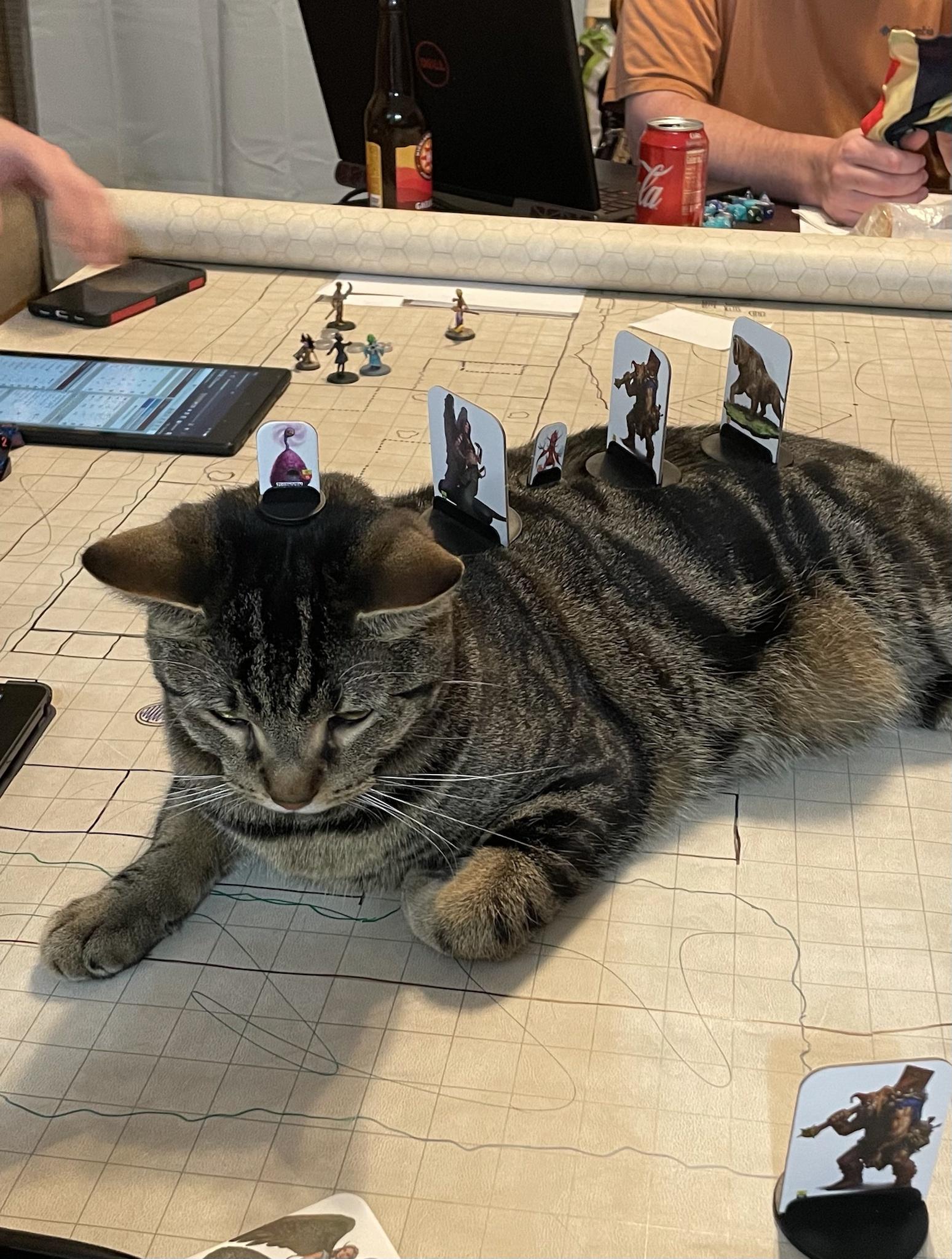 We know who the real DM is.

I haven't 3D Printed a Brodie figure, yet, so along with being a rules arbiter, Kira is ready to stand in for Brodie if he makes an appearance. She's a little miffed that we don't have any dice, figures, or tokens near her to play with.

ps. If you have a resin printer, the dice on Thingiverse print very well for Mice and Mystics. 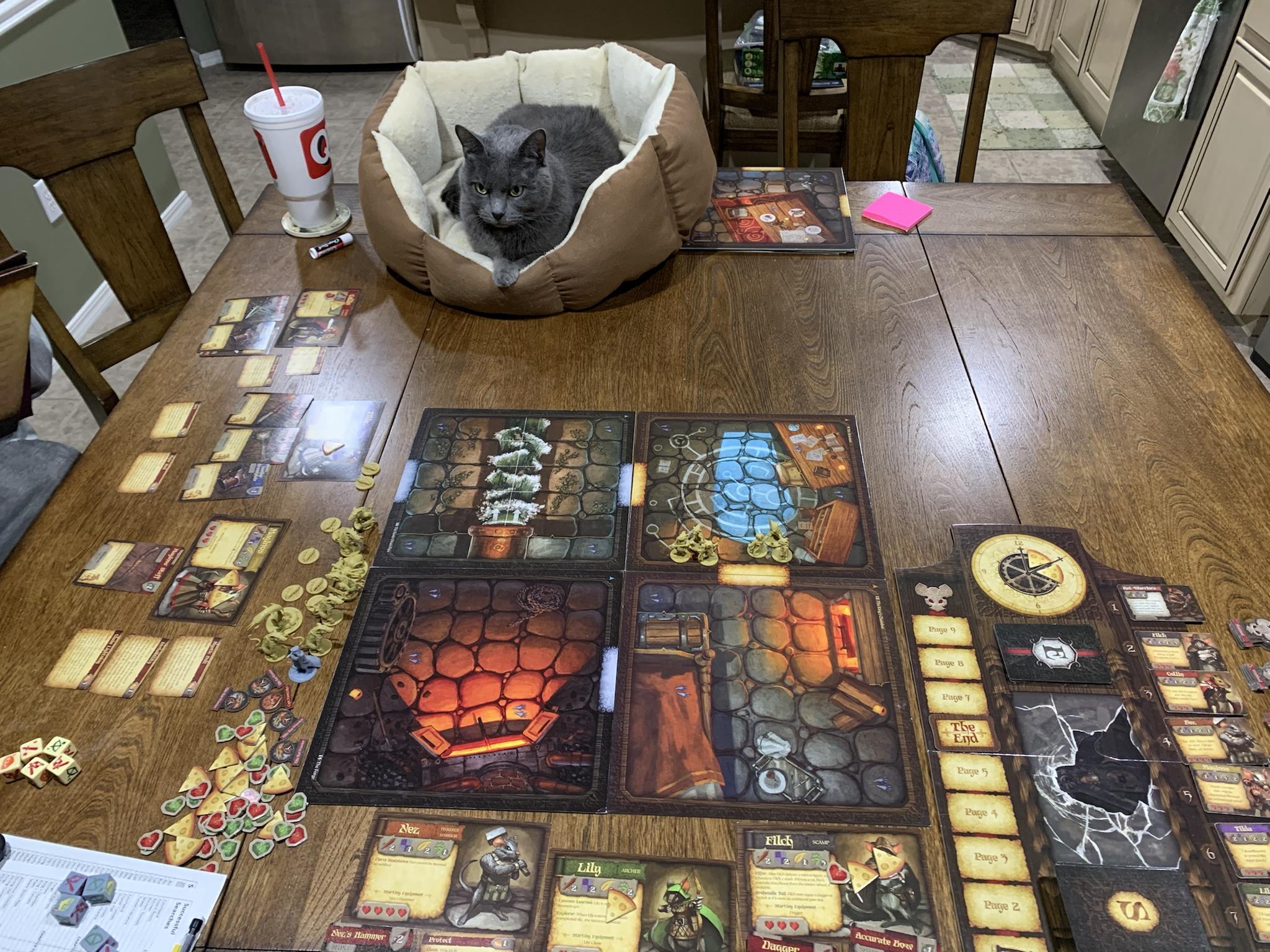 Freya started to watch Jumanji with me, and then she quickly fell asleep in the cutest positions, thus distracting me from the movie: 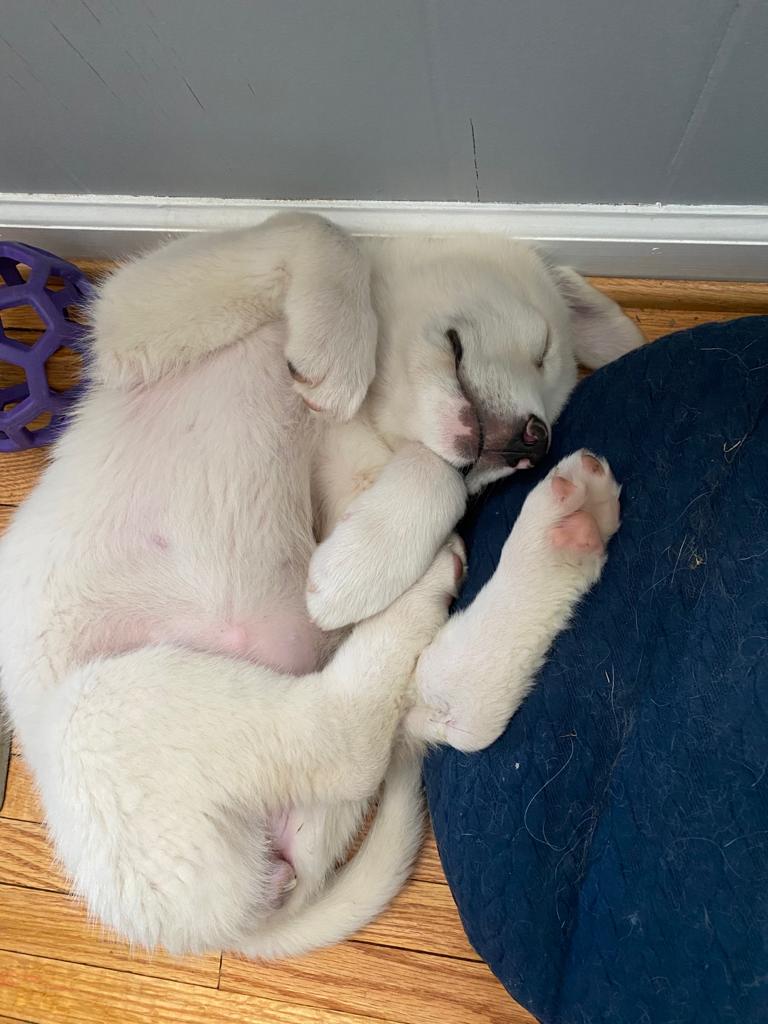 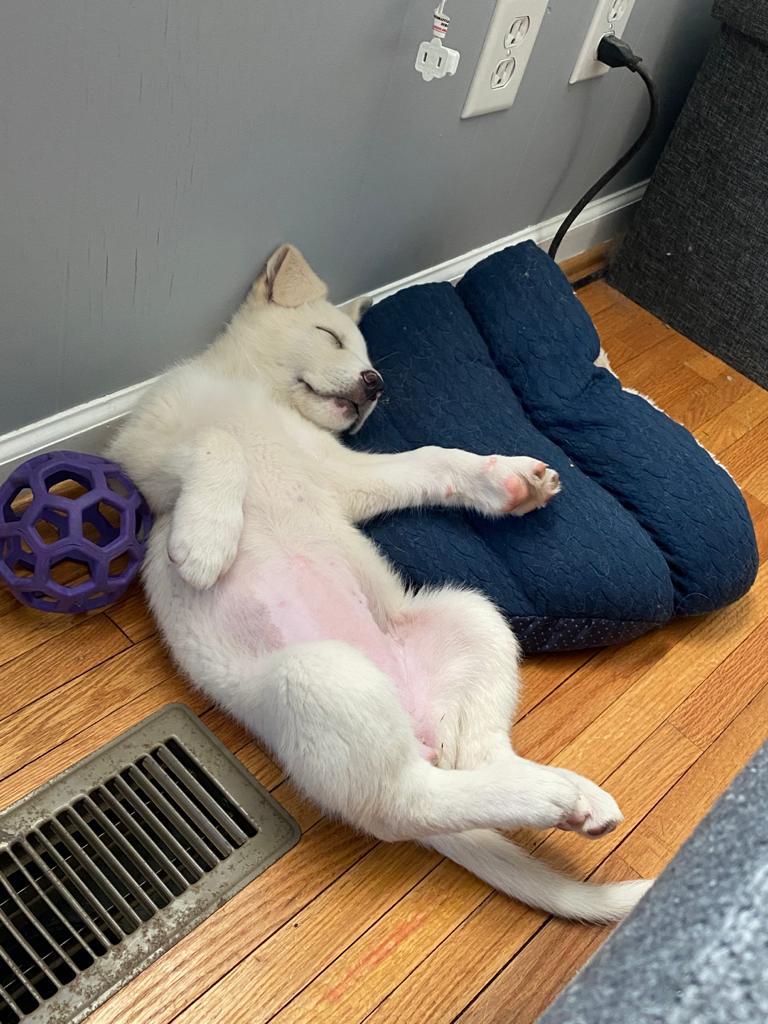 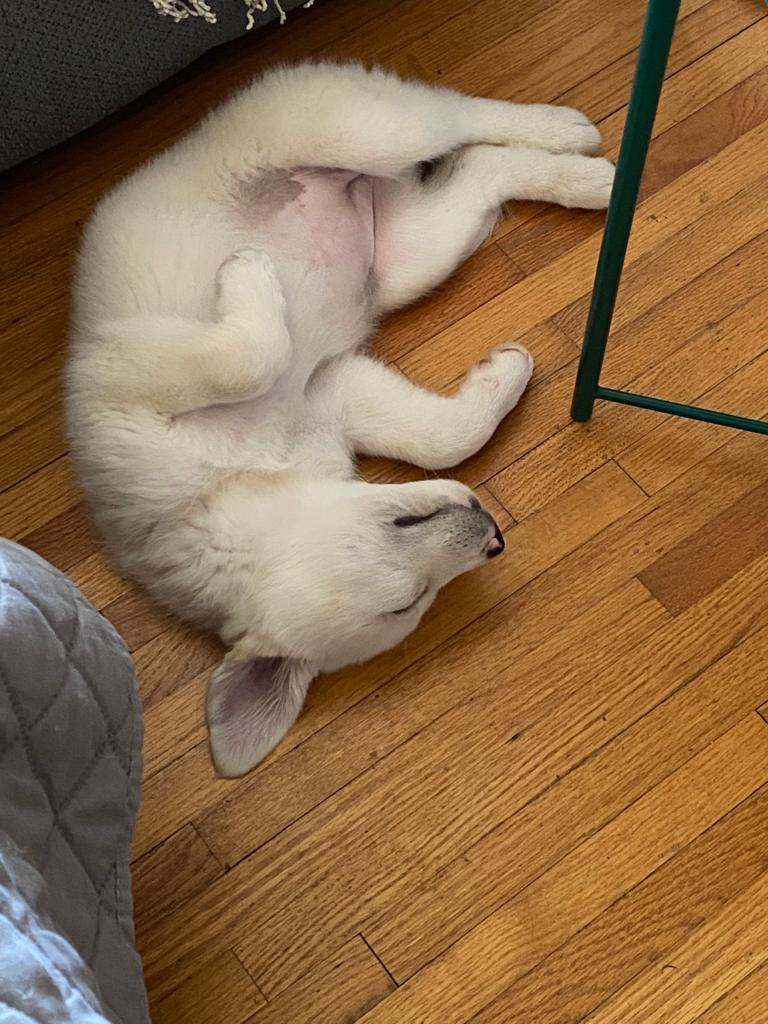 Here's yet another post about my dogs. I'll take a break after this one, I promise! It's just that my wife just finished editing the pictures she took of the dogs last Sunday, and I had to share some.

Here you have some action shots of Freya, Fozzie, and Duncan. Duncan looks... interesting: 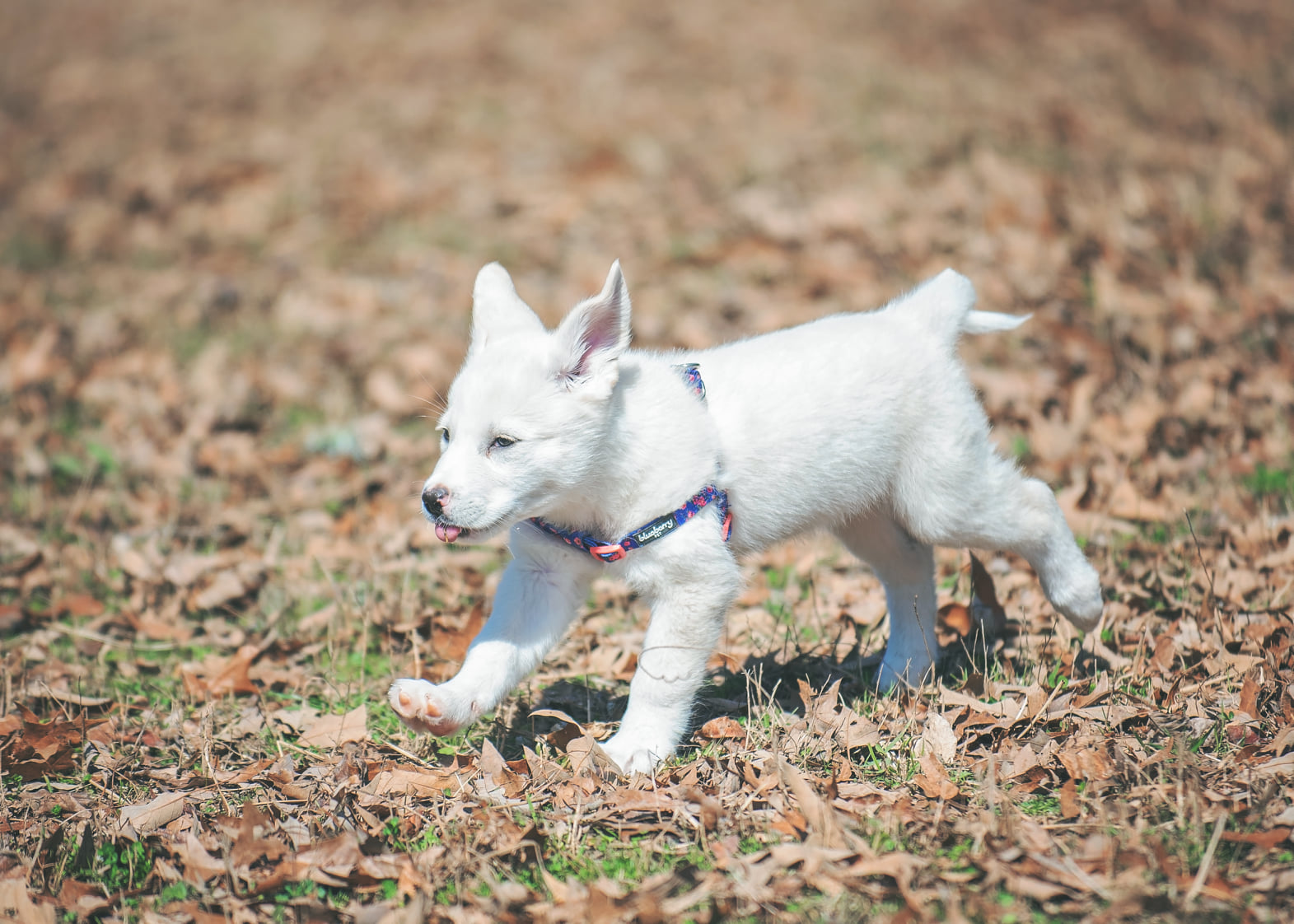 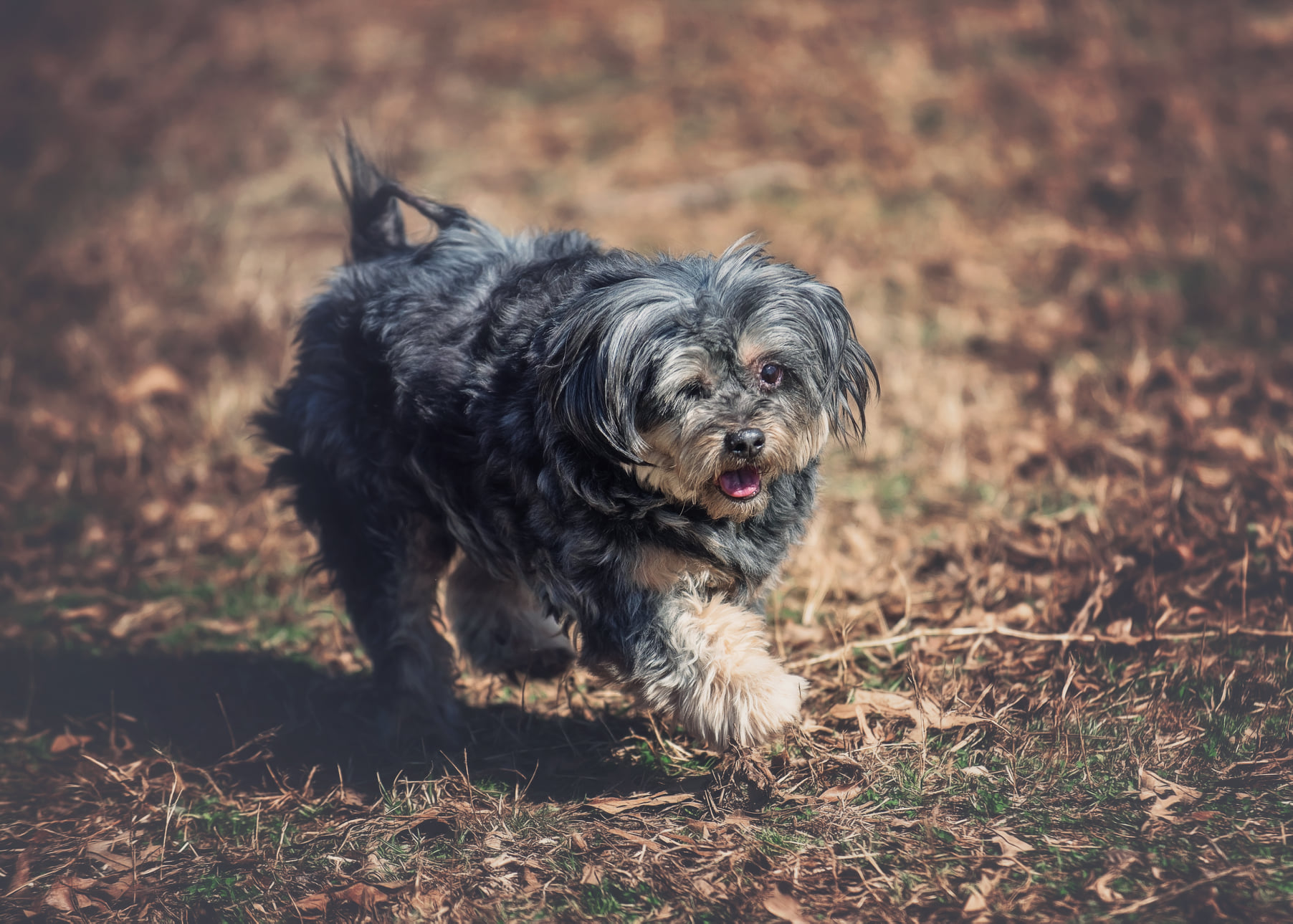 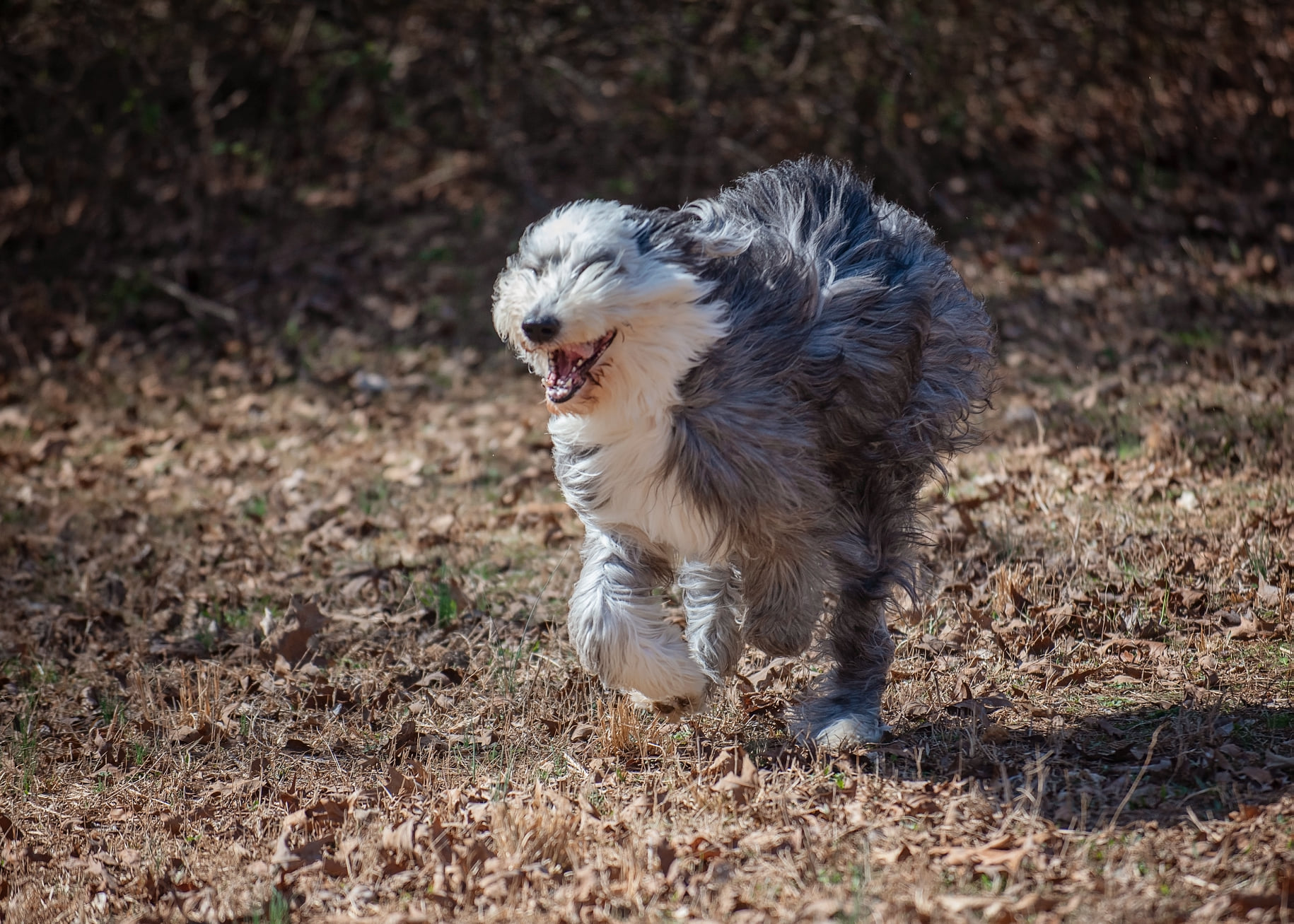 I'll take a break after this one, I promise!

I'll take a break after this one

There is no such thing as too many dog pictures.

My dog and her half-brother playing.

Thor doesn't like when you stop paying attention to him 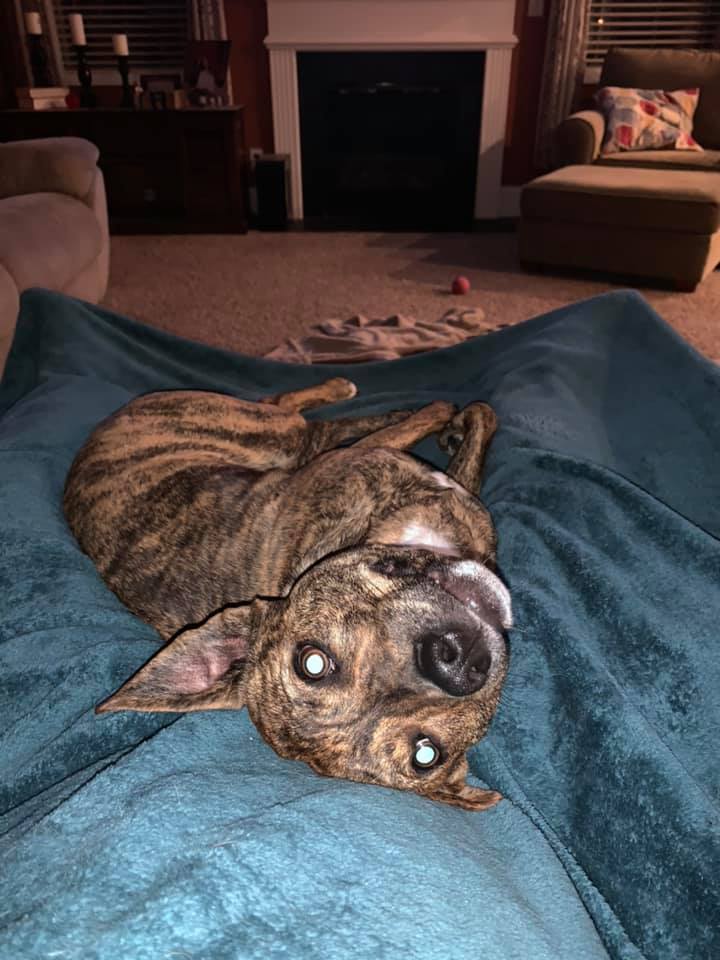 Ollie, Billy, and Thor are all so cute!

Also, thank you for tolerating --nay, encouraging me to continue sharing my dogs' antics! Here you have a picture of Freya and a toy my nieces got for her: 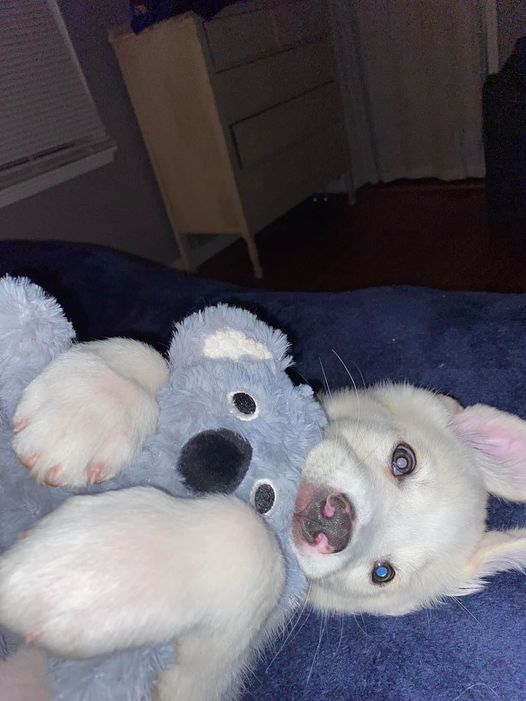 Also, you know that feeling when you want a very specific toy but cannot find it, yet you know it is there? Well, I'll let Duncan illustrate the point:

Arya happy to discover her blanket has been washed and restored to its proper place: 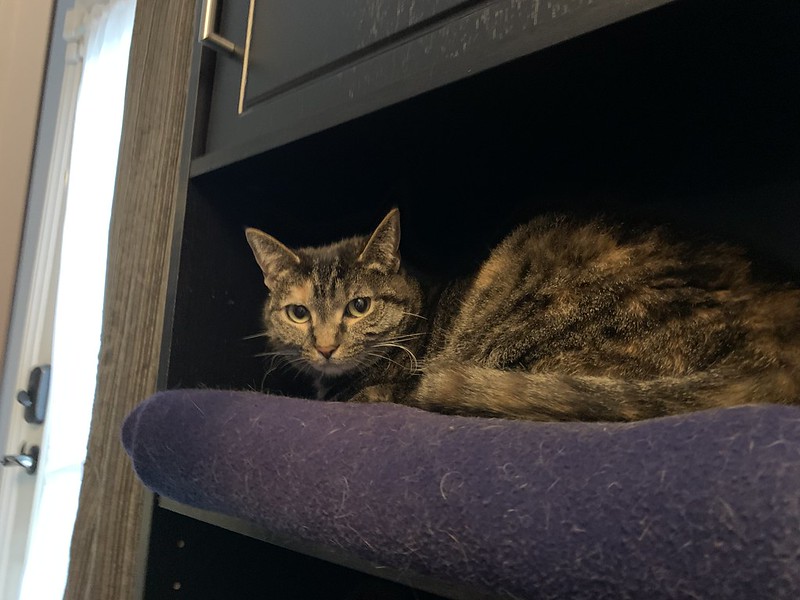 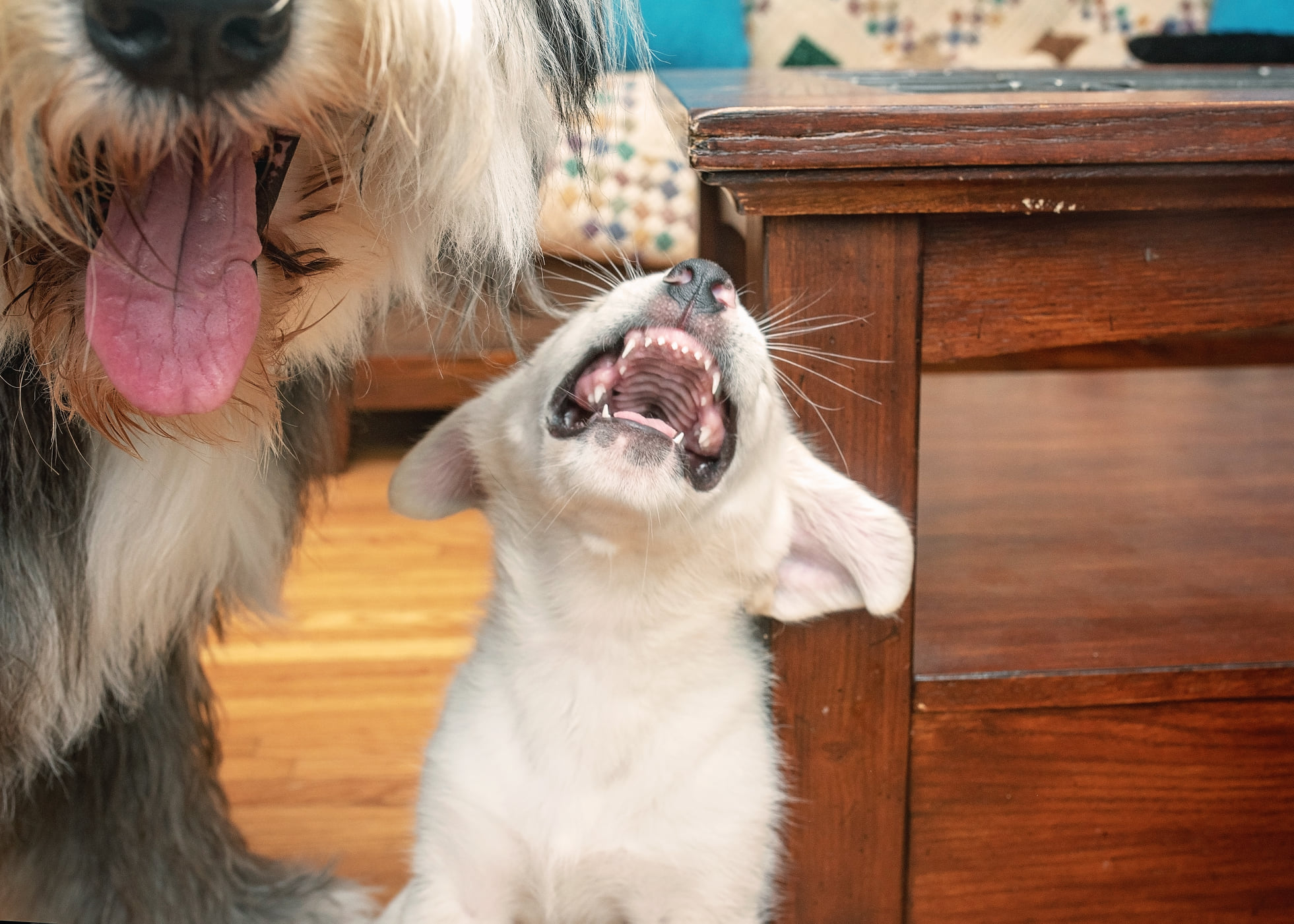 I swear, it was like this when I got here!! 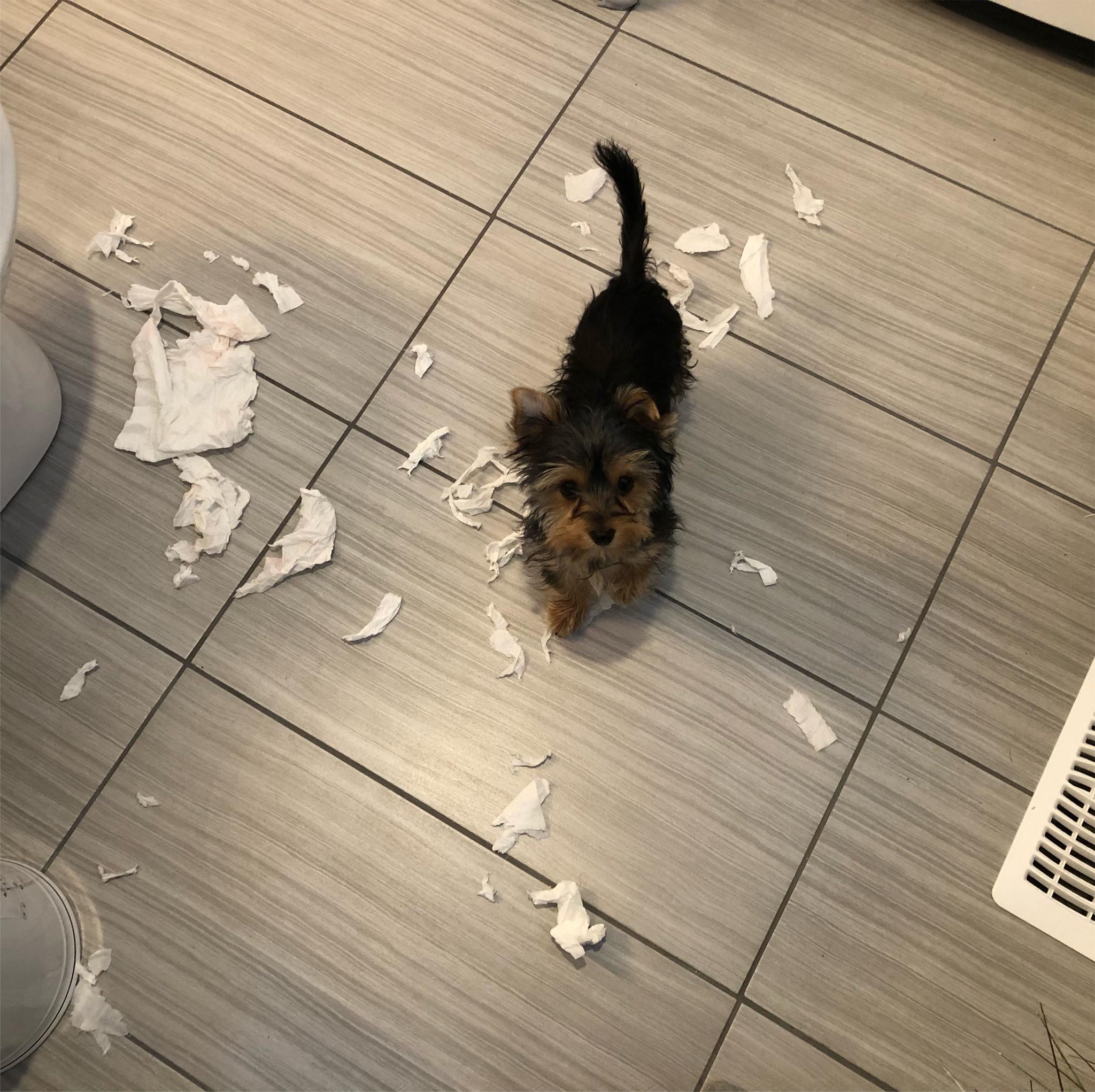 Our cat Rascal had a couple teeth our vet was watching the last 2 years. Late Sun night he didn't finish his food a couple meals in a row and again yesterday morning, like 2 bites and walked away. Wife noticed his face was swollen a bit on that right side and the tooth might finally be infected. Called the vet and she scheduled surgery this morning. No food for him after 10pm, which turned out to be easy because he just lay there and didn't even want any after lunch time yesterday.

A little nerve wracking but it went pretty well this morning. She took 3 teeth. He was super woozy afterwards. The first time he stepped out of his crate he ended up sprawled on his back, poor guy. But finally about an hour later he was moving ok and he downed some lunch and wanted extra. His first full meal in around 48 hours. Whew.

Antibiotics and hope for no infection. Doc said all his blood work actually looked great for a 12 year old. So hopefully this old man will stick around a while.

Of course, went ahead and gave Hobbes a rabies shot while here. That little butterball has gotten up to 14 pounds. Not obese but near the line, so diet time. He was like 9 pounds when we got him and pretty lean. But he should never have got above 11-12 max. He's looking like 2 of himself compared to early pictures.

So going to be an interesting couple weeks, fighting to give Rascal medicine and fighting to keep Hobbes from stealing his food. Haha wish us luck.

We had to say goodbye to our girl Missy yesterday. She had been sick for a day or two, and then suddenly collapsed and couldn't stand back up. The vet said that it was kidney failure and that at her age (close to 18) there really wasn't anything we could do.

December 2020 (the last good picture I have) 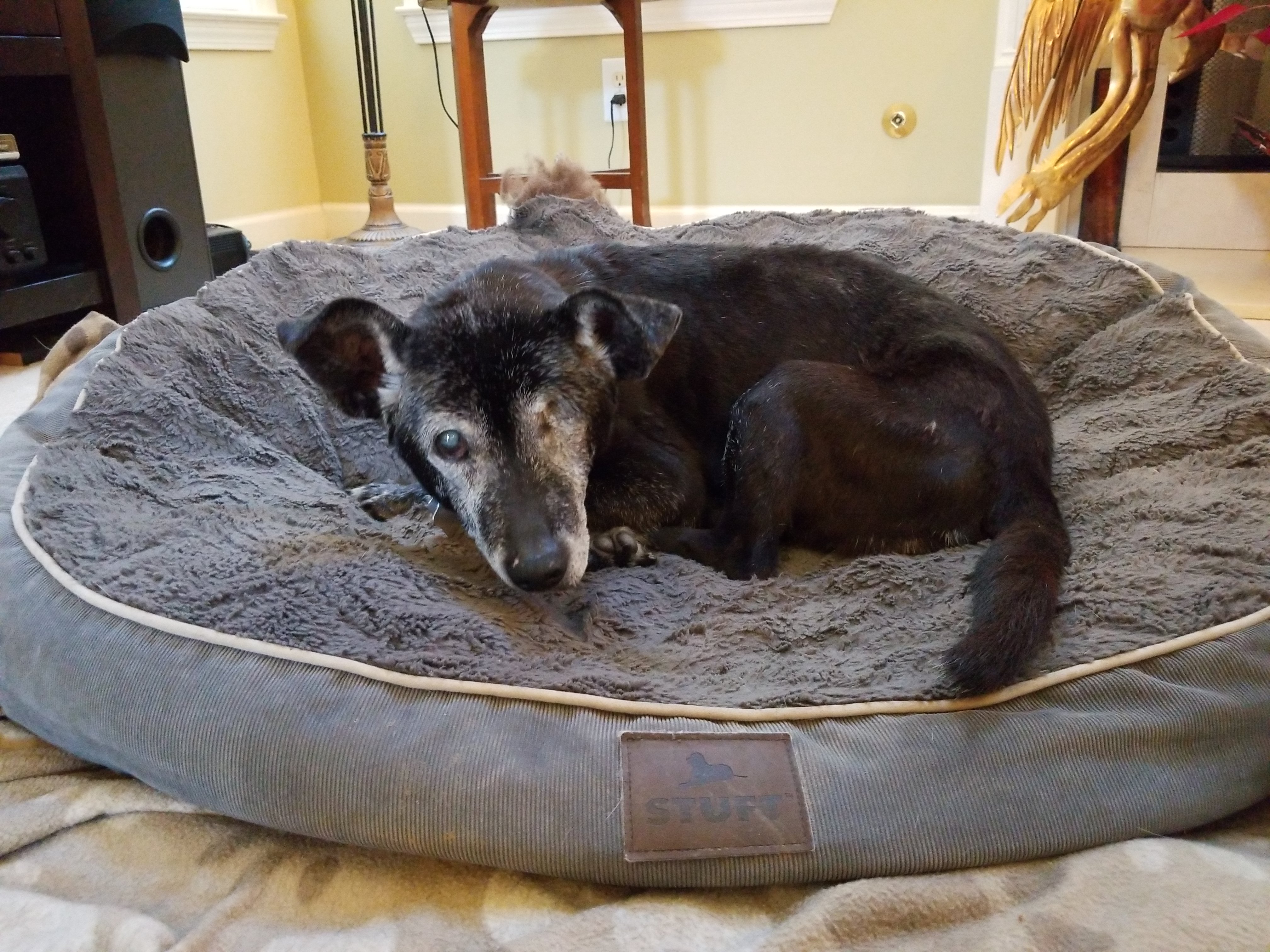 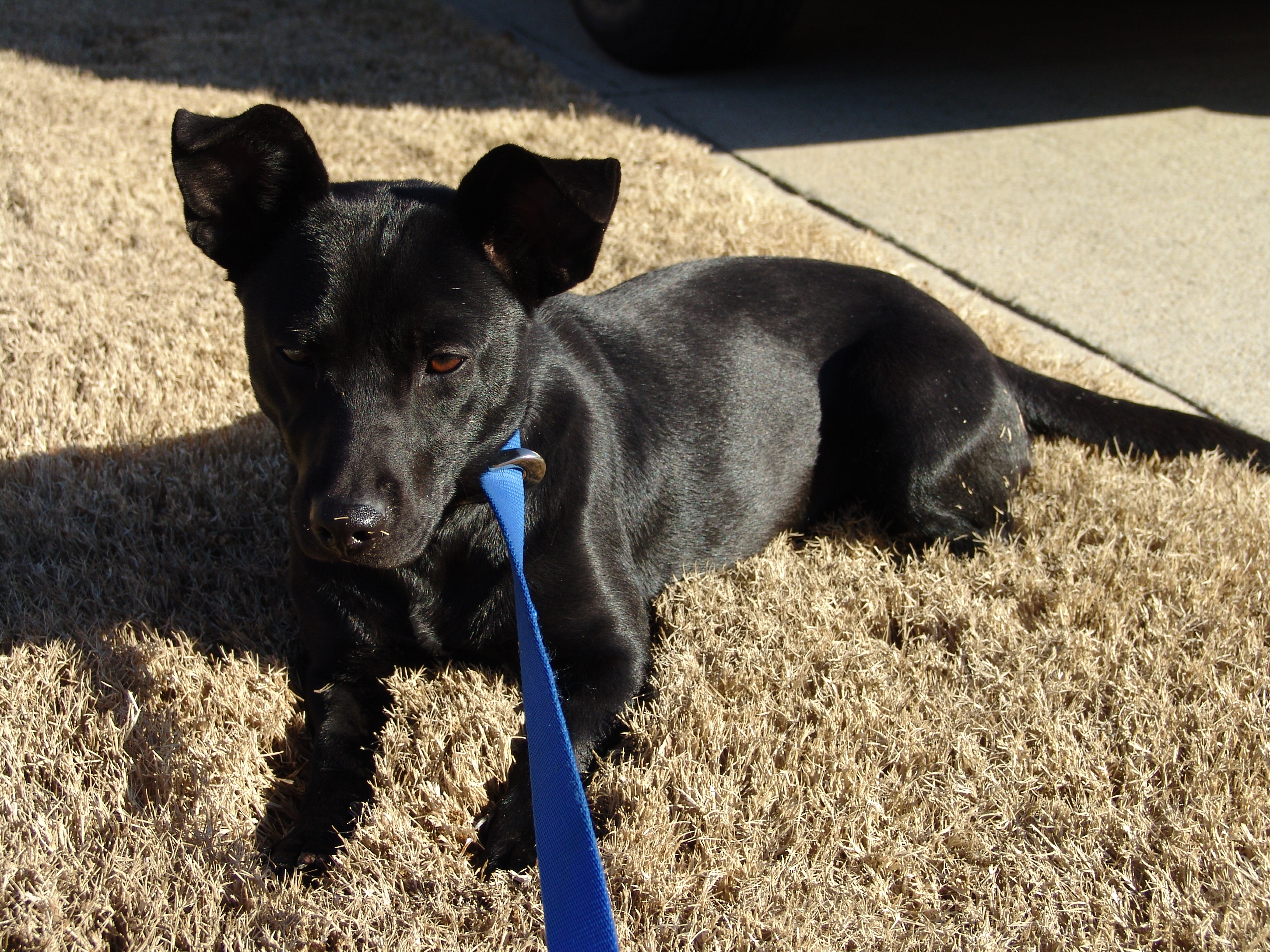 The vet said that we had obviously taken good care of her to keep her that long, but that "she's used up everything she had."

You were a good dog, Missy. See you at the Rainbow Bridge.

We had to say goodbye to our girl Missy yesterday.

I am sad about that and sad for your family.
But at the same time, 18 years is a long time to be loved and cared for. You and yours did real good tanstaafl.

Not sure if this comment belongs on this thread, but I am pretty concerned with the dog food recalls lately despite the fact that Prata's food did not appear on the list. I have been giving her Purina Pro Plan Sport on the advice of my vet, my breeder, and a ton of dog show friends. What is your experience with different foods?