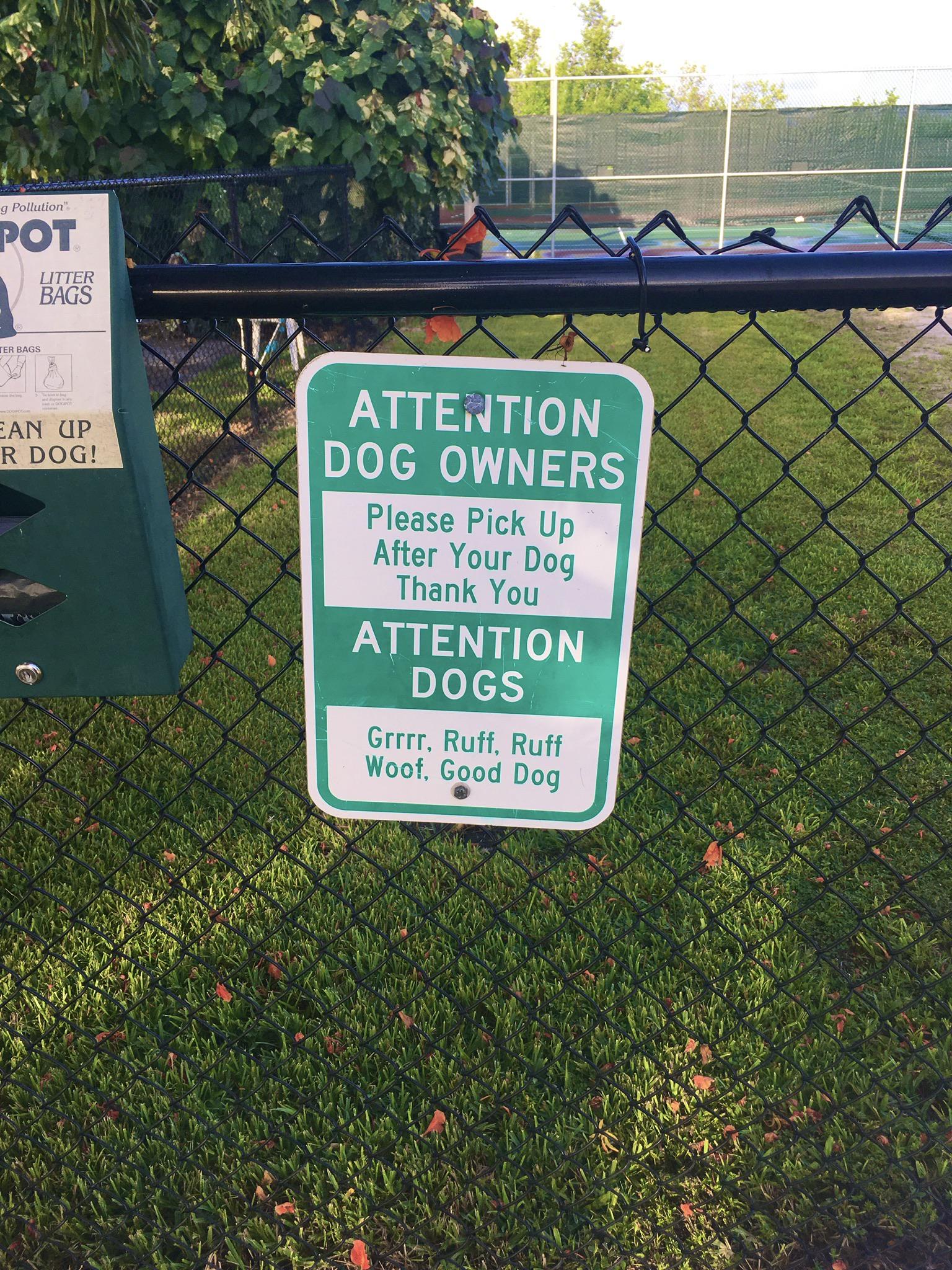 Tilt Shift Tucson. I think this was taken from the top of UA stadium but not sure. 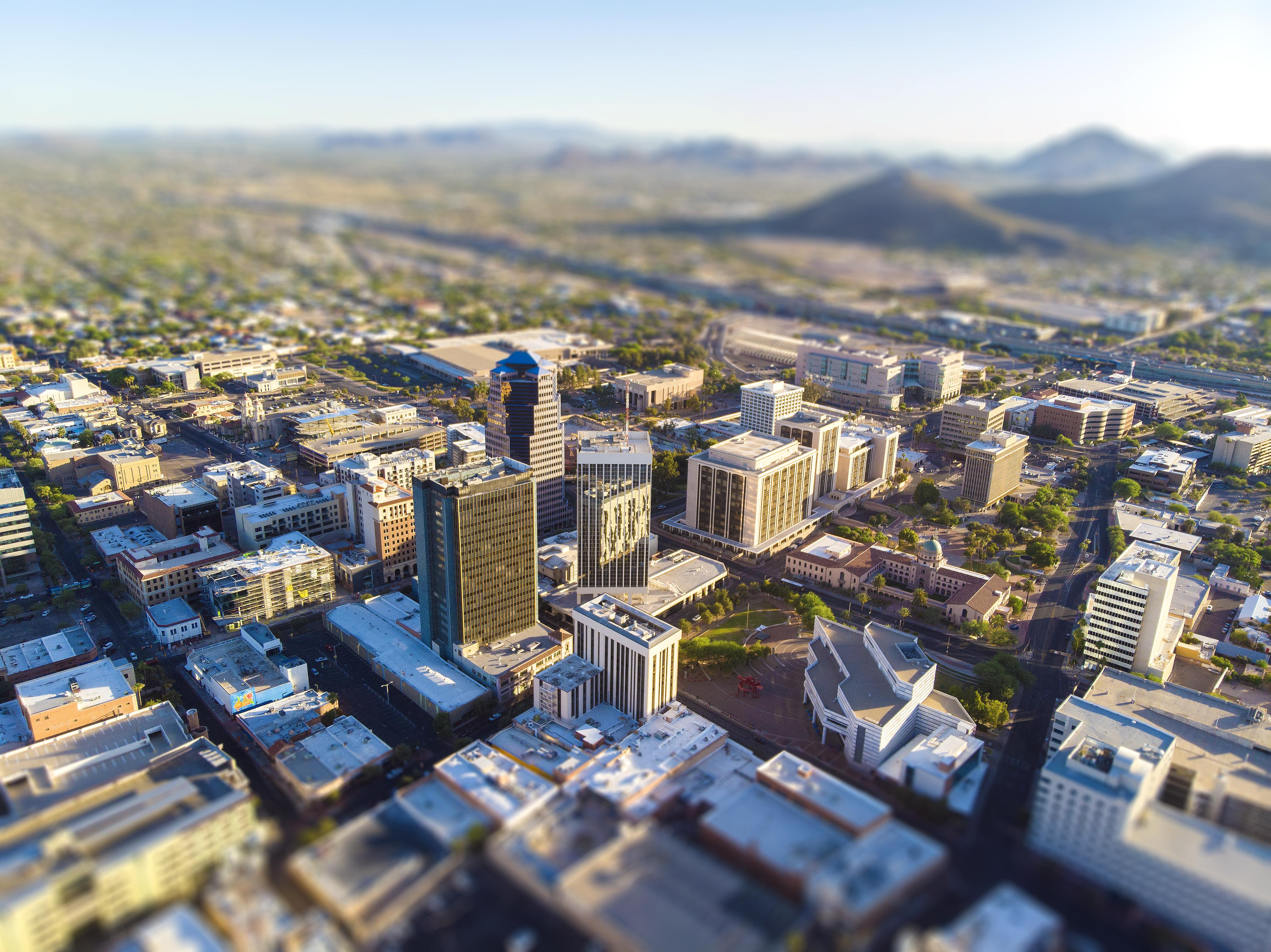 How tall is UA stadium? That building in the distance is ~20 stories high and looks like a model compared to where that picture is taken... (looks like 100 stories high so that has to be some warped perspective there)

2430 feet. The nearest tall building is some distance away, given the massive FOV (110° horizontally? 120?) of the shot. I'm going to see what I can cook up in Google Earth.

EDIT: Nope, definitely not UA stadium. It's too far away to have gotten that angle on buildings downtown. Probably a drone shot.

Here's a Google Earth image similar to the picture (I know, not great, but the best I could do in about ten seconds): 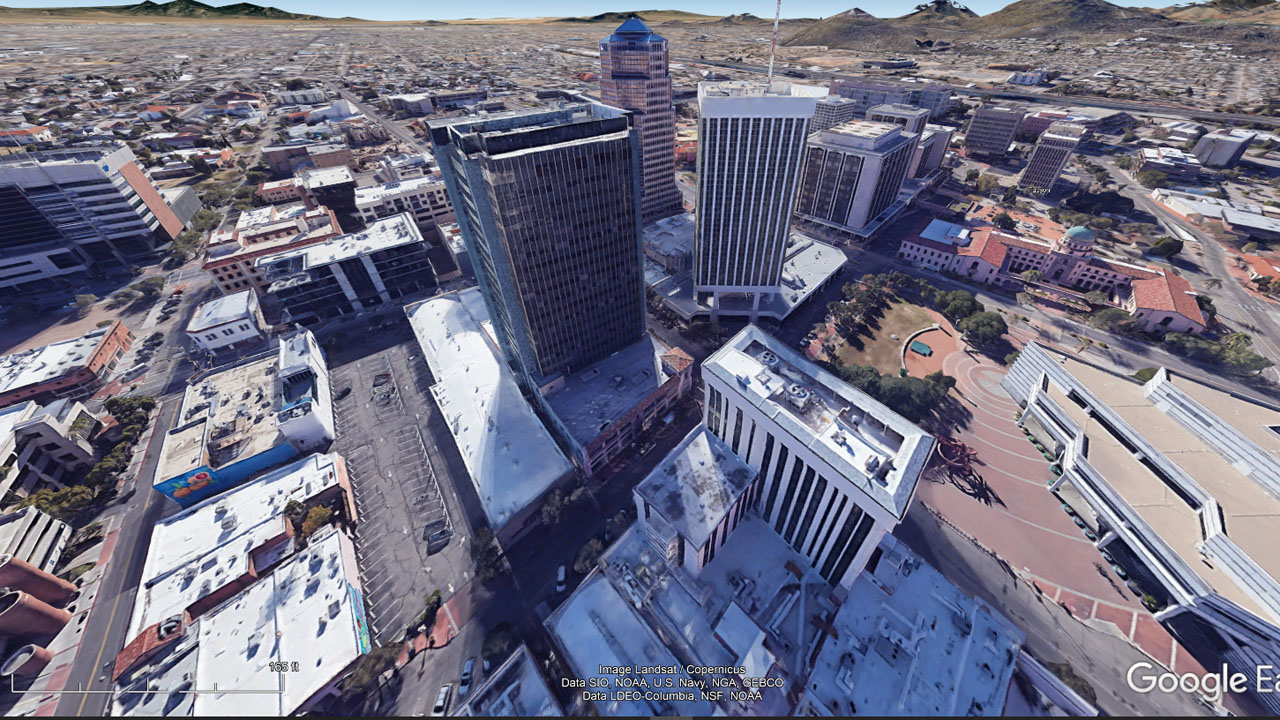 Here's a Google Earth image that shows where UA stadium is. You can see the downtown buildings waaaay in the top right of the image.

Bottom line: my mental model of Tucson in the university area and downtown has severely degraded over the years. 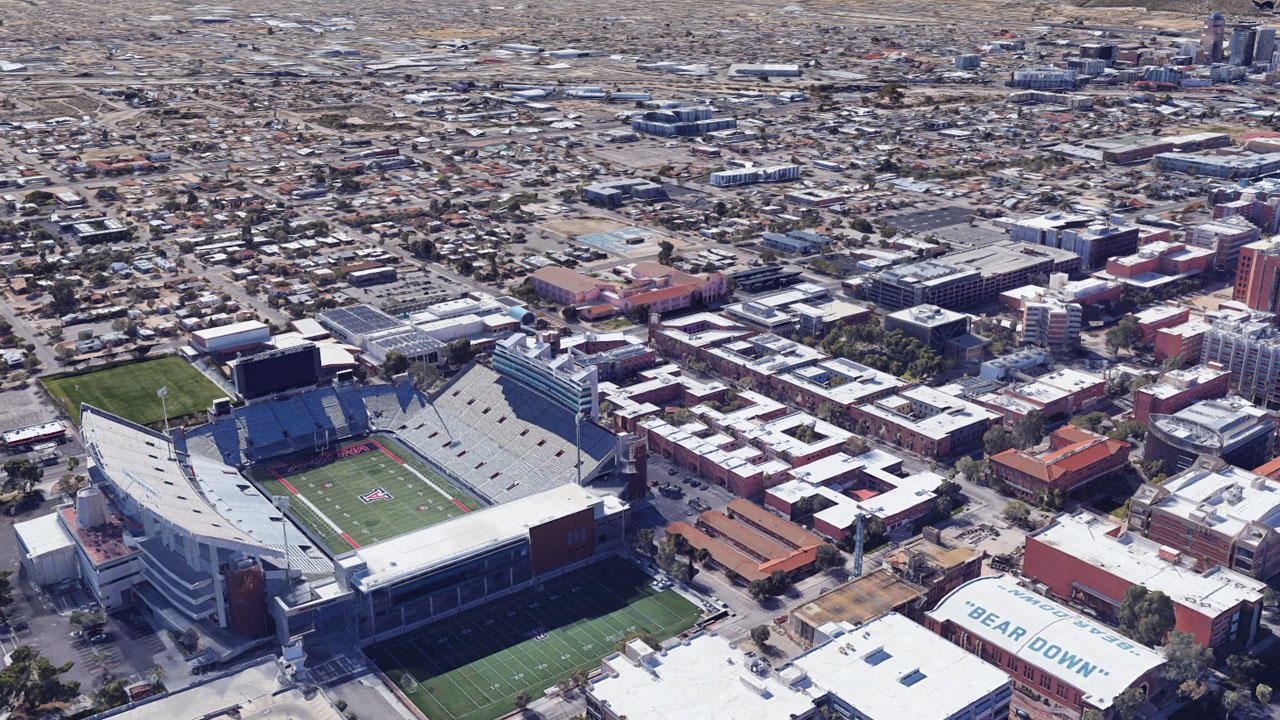 Oh ffs Google lied to me.

The article it pulled its "quick answer" from was stating the height above sea level.

I was unable to find the height of the top of Arizona Stadium anywhere.
I found height of the field above sea level, seating capacity, all manner of other useless statistics.
Asked how high, how tall, how many stories...

The highest ticketed seating row is row 100, if that translates to height somehow.

My Google-fu is weak and puny.

That's the labor and delivery ward.

University of Arizona Athletics’ most enduring tradition is the slogan and battle cry, “Bear Down.”

More than a casual piece of encouragement, the rally cry has roots over a century old, to the Roaring ‘20s, and pre-dates another venerated exhortation, “Win one for the Gipper,” by two years.

In the fall of 1926, John Byrd “Button” Salmon was the newly installed student body president at the UA, a promising student and member of note of several of the school’s honor societies. He also was a varsity quarterback, a baseball catcher and generally acclaimed popular campus figure. He embodied all-around.

In early October after the Wildcat varsity defeated the freshman squad in an annual match at the time, Salmon and several friends were returning from a visit to Phoenix, and an automobile crash north of Tucson near Florence left the young athlete critically injured.

Salmon, then 22, lost his battle and died the morning of Oct. 18. A memorial service was held on campus that week, drawing a reported thousand mourners, and a line of cars stretched miles to his burial plot.

The coach at the time, J.F. “Pop” McKale, had visited Salmon in the hospital regularly before his death, and later told the squad the young athlete’s last message to his teammates was, “Tell them... tell the team to bear down.”

It’s unclear whether McKale invoked the phrase to the team before one of several games that year, a contest in Las Cruces against New Mexico A&M (NMSU) that same week, or two weeks later before a game against New Mexico in Tucson. UA won both.

But when word spread, the UA student body drew to the phrase swiftly, and among other uses painted the slogan on the roof of the University gymnasium shortly thereafter, known since as Bear Down Gym. An airplane view of that huge-lettered phrase caused eventual long-time band director Jack K. Lee to write the song, “Bear Down, Arizona” during his application for the UA band job. The song, and Douglas Holsclaw’s “Fight, Wildcats, Fight,” are played throughout University of Arizona sporting events, and from the campus belltower daily.

FWIW I did know that story once upon a time, but age has taken its toll and shoved trivial sports knowledge aside for more important things like trivial video game knowledge.

I organized my start menu in Windows while I was on a boring conference call. It turns out I currently have more launchers than games installed on my system.

The Stadia one is really just a Chrome app shortcut, but still. 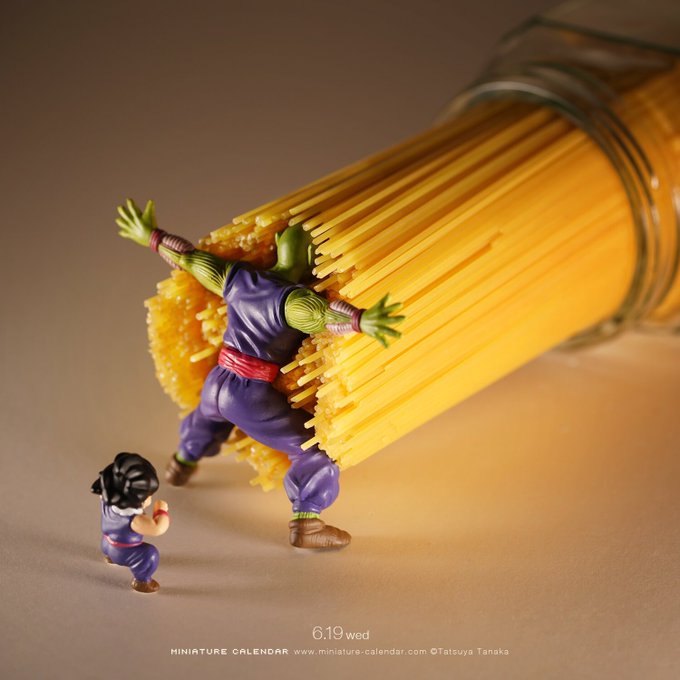 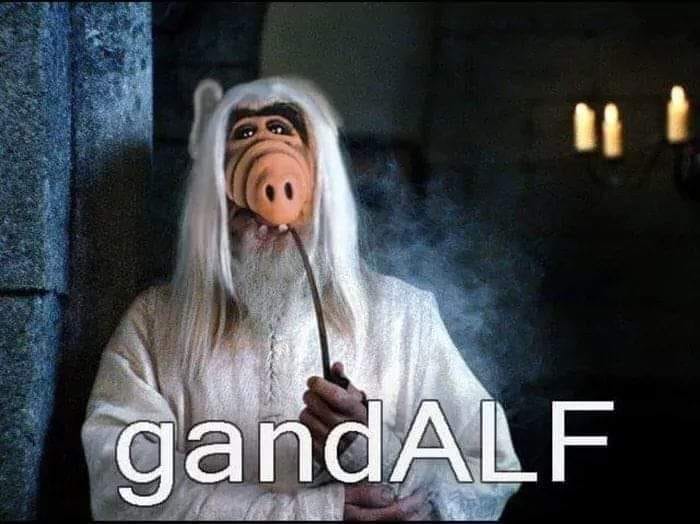 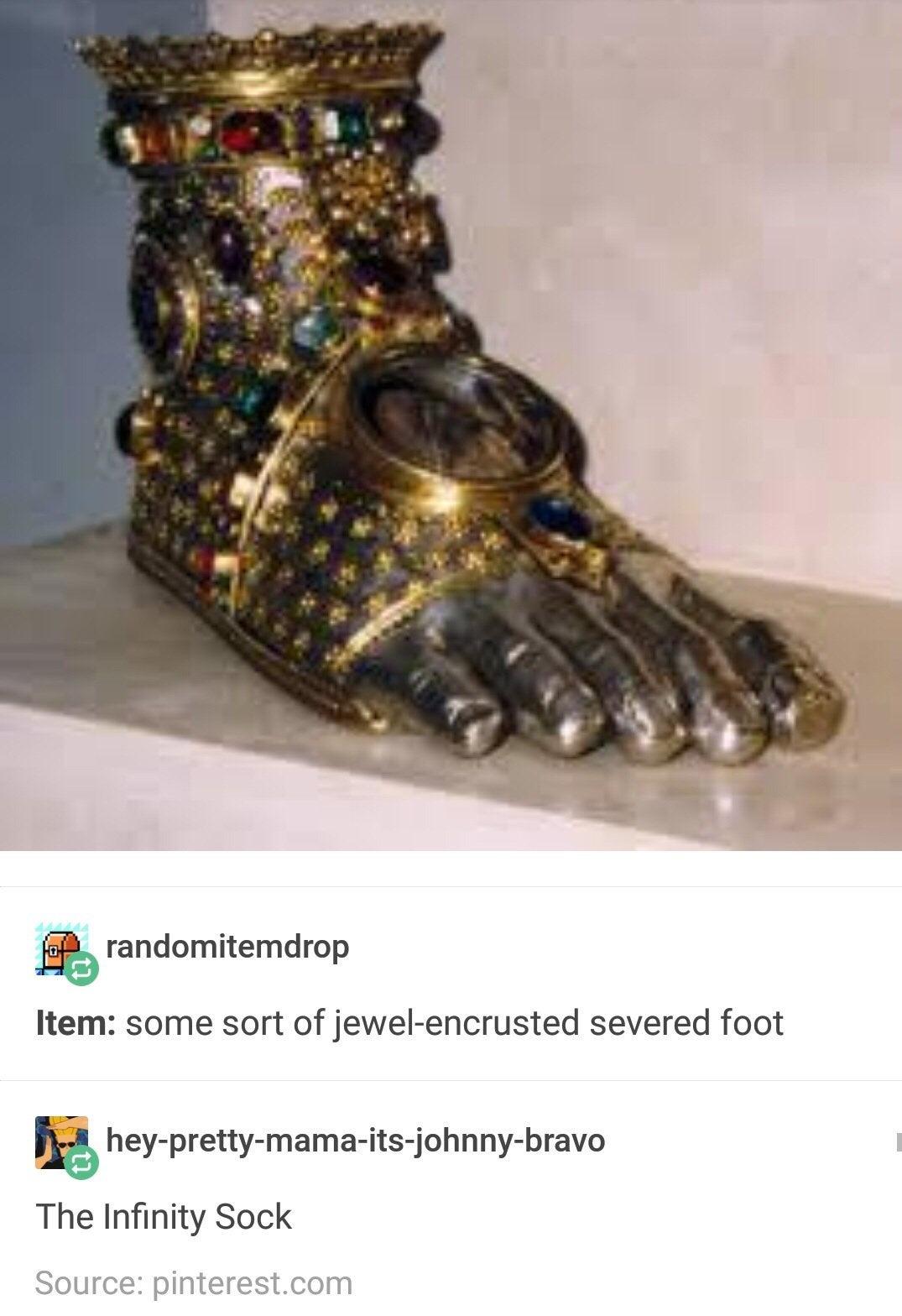 The Cathedral of Basel

The Cathedral treasury had been thoroughly ransacked. A single relic remained in the Treasury. This was the foot of one of the Holy Innocents, those children slaughtered by Herod in his attempt to kill the infant Christ. The relic was donated by a sixth-century Irish monk, and is now housed in a reliquary of much later date, though the sole is engraved: the whole foot of the innocents St. Columban gave. One can view the relic in the leather-lined compartment through the aperture in the top. 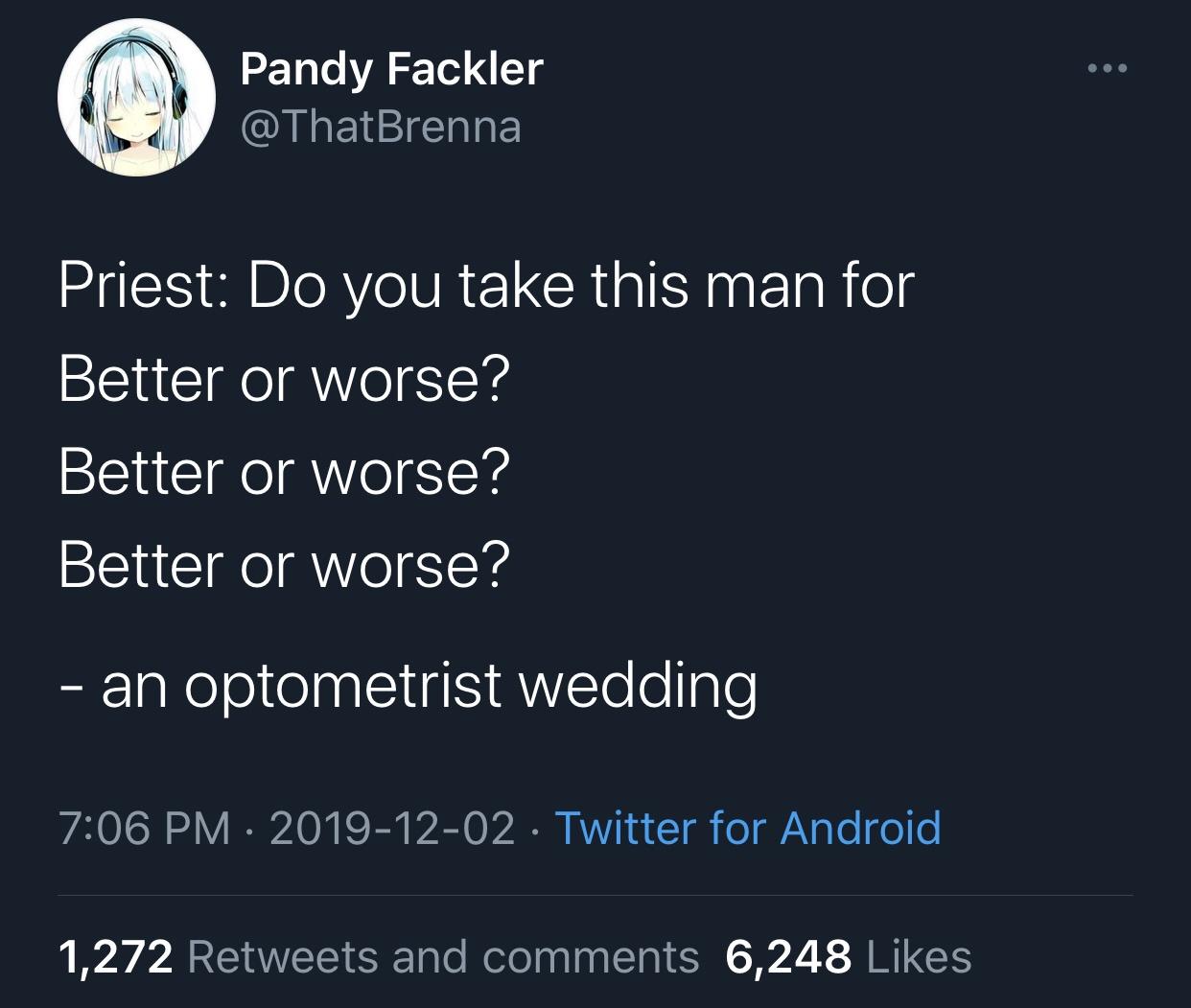 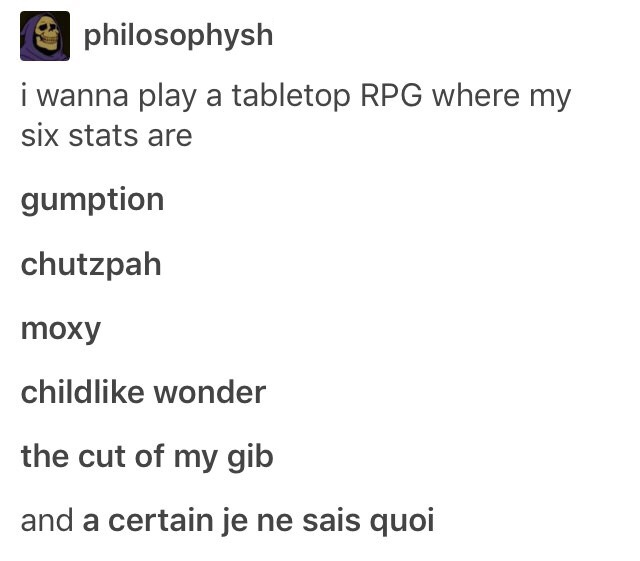 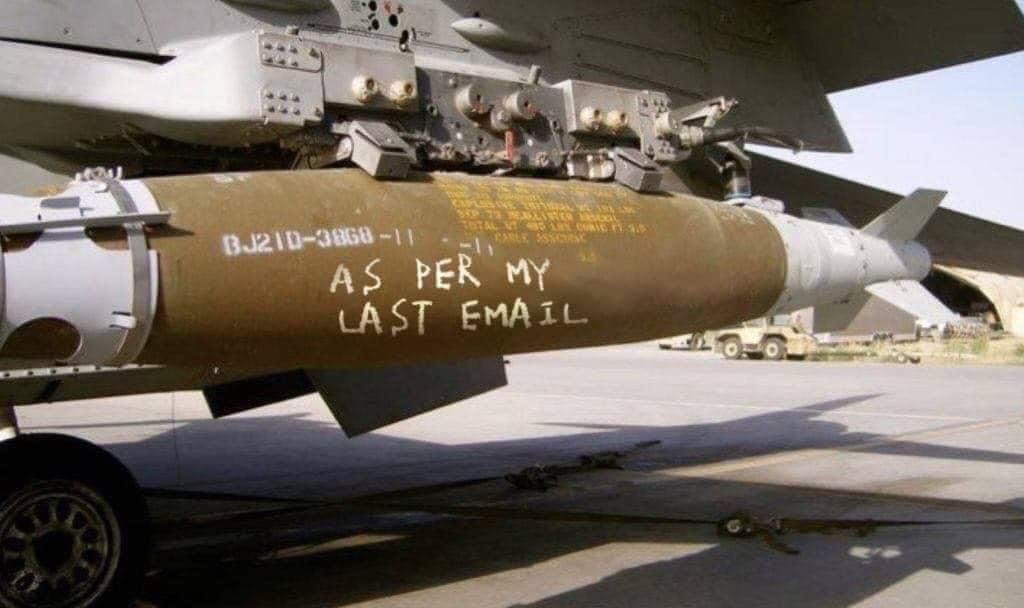 ...and too high contrast.

Fun fact: Chutzpah and Moxie were literal stats in Paranoia: 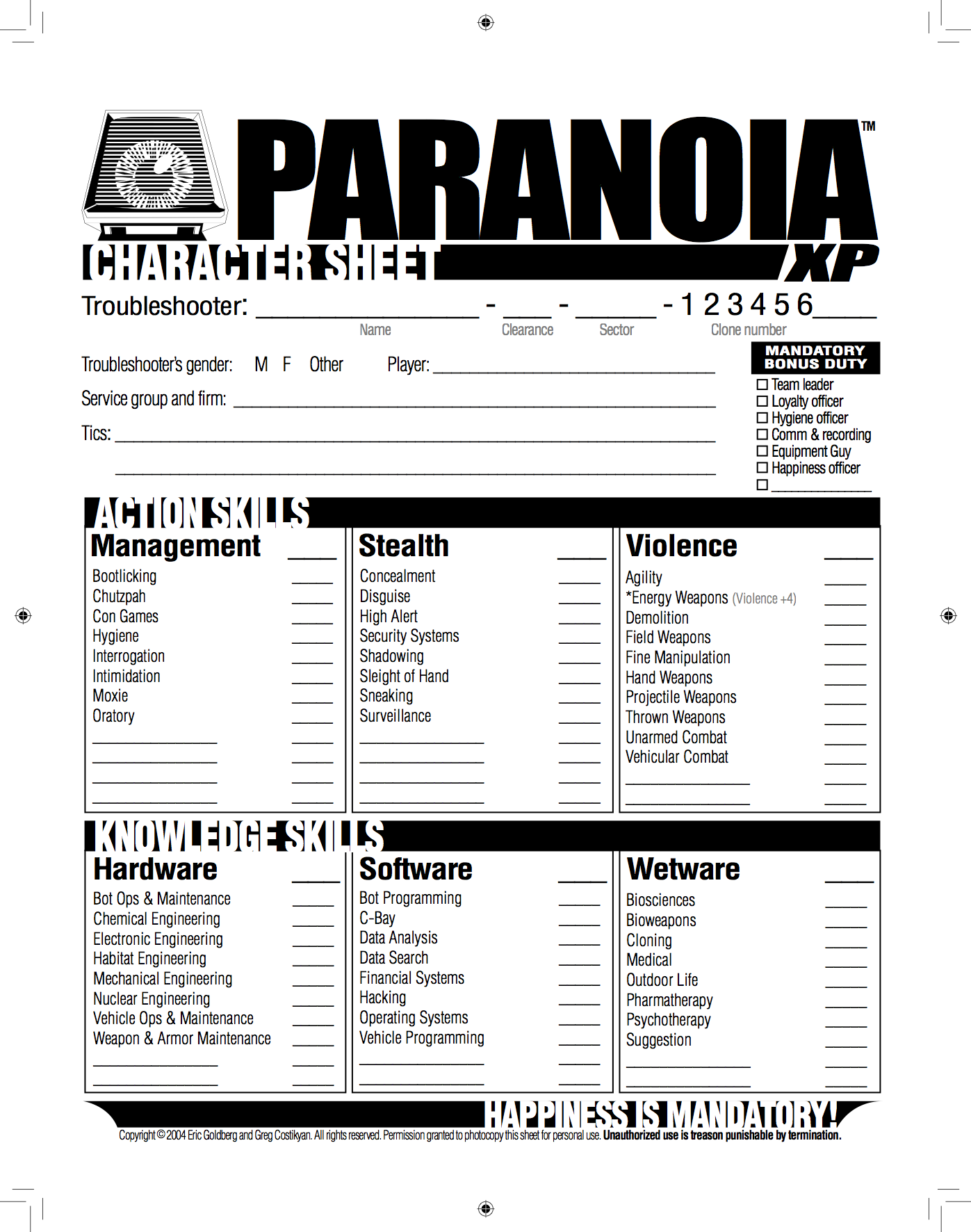 Chutzpah, Muscle, Brains, and Zip were the foir stats in Toon.

Malor
Posted: September 13, 5:33 PM
Discretion is not the better part of

Skulking is trying to be sneaky, but being noticed as up to no good. It's another way of saying that you failed your Sneaking roll.

I'm pretty sure someone named Skull King is anything but sneaky.

I'm pretty sure someone named Skull King is anything but sneaky.

Depends. Are we in a skull-filled catacomb? Sounds like pretty good camouflage.

Only a pinko commie mutant would want to skulk out of the loving eye of Master Computer.

Finally a movement I can get behind: 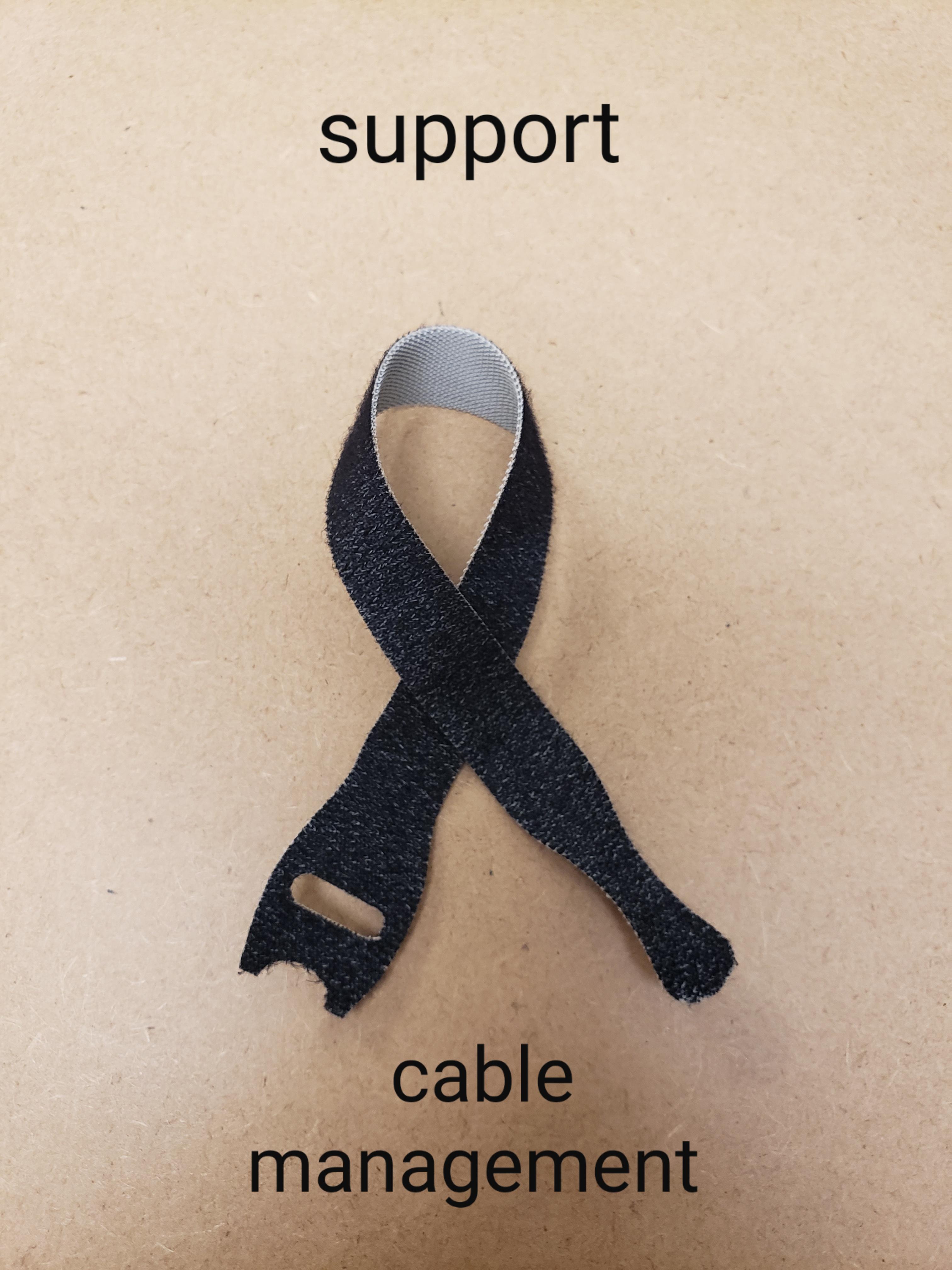 Give generously to your local IT Support Association.

Give generously to your local IT Support Association. 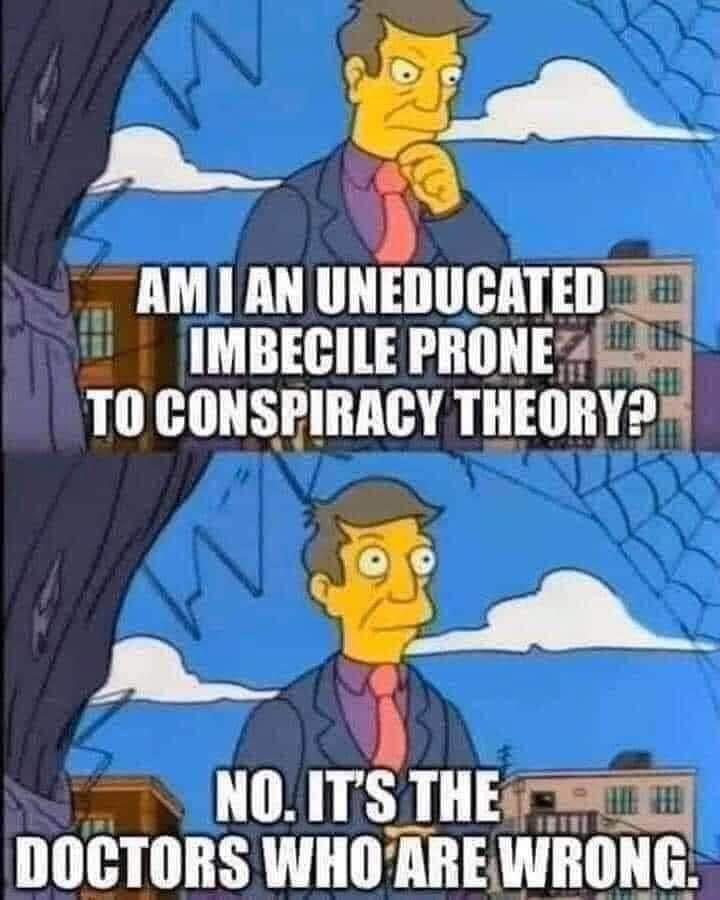 I may have posted this before but I laughed again so I am posting again.