As we approach the end of 2012, so we approach the end of my time as Employee Profiles editor. After producing more profiles in the last year than were done in the previous six (though, admittedly, none were posted in the 2010 or '11), it's time for me to take a break. Fear not, as I won't go far, but I now step behind the curtain and turn the stage over to the capable hands of Boogle.

I leave you, as my parting gift, The People's Choice: ClockworkHouse.

What do you say about someone who has, herself, become a meme?

ClockworkHouse and I bonded a long time ago over a mutual love of Majora's Mask, the (at the time) most misunderstood of all the Zelda games. Over a period of time we discovered that we had very similar taste in games. Eerily similar. Twilight Zone similar. A trend that, notwithstanding her inclusion in the inferior right-handed sect of human beings, continues to this day.

Despite the running gag (which, if memory serves, fittingly started during a discussion of Darksiders), ClockworkHouse has a genuine love of games, and has always been able to cogently express what makes a game so worthy of discussion. Her enthusiasm, more than any other influence, encouraged me to actively think about the games I was otherwise passively consuming and express my opinions on the subject. I have no doubt said enthusiasm has infected others, as well.

ClockworkHouse is always quick with congratulations, condolences, and a loaner copy of that latest Nintendo game you had your eye on. Having met in person, I can say hers is a genuine personality, and I am glad to have made her acquaintance.

1) Who the devil are you?
I'm Clocky, GWJ's resident hater of all things fun. I don't actually hate fun things, but I do have a bit of a reputation for having tastes that deviate from the GWJ norm. I don't much care for the work of BioWare, Bethesda, and Blizzard, for example, which puts me at odds in one way or another with most of the people here.

2) When you're not working or gaming, what do you do with your time?
I like to read and write. I begin about thirty projects a day and finish none of them. I'm getting this profile in late, in fact, because I spent entirely too much time trying to make it a House of Leaves parody but couldn't make it work to my satisfaction. I'm sorry; I tried to make this interesting to read, but instead it's just going to be about me.

3) How about family? Kids? Pets? Particularly meaningful inanimate objects?
I'm married to a wonderful, beautiful, intelligent, and generally spectacular woman. We have one son who was diagnosed earlier this year with Phelan-McDermid Syndrome, a rare genetic condition defined by lack of speech and Autism-like symptoms. Despite his disability, and in some ways because of it, my son is the single kindest, sweetest person I have ever known in my life. He's quick to laugh, quick to smile, and even though he can't communicate his thoughts with words or phrases, he is unquestionably thrilled by everything he encounters.

4) When and/or how did you get into gaming?
Like a lot of people my age, I grew up gaming. Some of my earliest memories are of playing Q-bert on the Atari with my older siblings, struggling through Shadow of the Beast on my dad's Amiga, and playing everything I could get my hands on for the NES. It's simply always something I've enjoyed doing and has always been a part of my life.

5) What is your fondest gaming memory?
I stopped gaming around 2000 when I couldn't afford to keep up with the hardware side of PC gaming any longer and wasn't in love with the kinds of things I saw on consoles. But shortly after I met my wife in 2005, we took a trip to her mother's house to clean up some old things of hers and ended up coming home with an N64 and a copy of Majora's Mask.

It was fall, closing in on winter. Colder nights nudged us more often toward staying inside, so we'd curl up under a blanket and my wife would watch me try to save Clock Town from a falling moon. It was the first video game I'd played in years, the first Nintendo game I'd played since childhood, and I was completely taken by the flawless intersection of gameplay, storytelling, and presentation. There was something really magical about digging into every corner of that game to find every collectible, solve every puzzle, and witness every sweet, heartbreaking scene in its looping storyline.

6) Why do you play games? Why haven't you outgrown them?
I keep playing because of games like Super Mario Galaxy. It's a game that's so marvelous in the way it captures the child-like joy of play. You run, jump, climb, spin, orbit, float, sink, fly, and tumble through a virtual playground with all the flow, ease, and exuberance of a child's imagination. That kind of experience focused on pure, unadulterated delight is why I keep gaming even as I feel that the Rated M for Mature aspects of the industry have "outgrown" me in ways I don't like.

7) What is your favorite game over the last year or so? Why?
Without a doubt: Kid Icarus: Uprising. If the 3DS thread is to believed, I'm one of the few humans with hands malformed in just the right way that I can play this game without the control scheme leaving me with horrible cramps. I'm happy for that, because it's a joyous throw-back to the gameplay-focused games of the 8– and 16-bit eras not by way of the shallow mimickry of pixel art but by way of a mechanical structure that emphasizes fun and engagement above all else. It manages to perfectly bridge that divide between the immediacy of smartphone gaming and the depth of traditional gaming.

8) Which upcoming game are you looking forward to most? Why?
More than anything, I'm looking forward to buying a Wii U and seeing what Nintendo has in store for me. The Wii has grown over time to become my undisputed favorite gaming platform, and I can't wait until I can afford to dig into its successor. I'm not sure of any specific gaming I'm looking forward to, but I hope that the Wii U continues the Wii's tradition of creating accessible, engaging games for players whose interests fall outside the spectrum of "hardcore" titles.

10) What is the story behind your tag?
My tag is "Eh, I Got Nothing". At the time, it seemed like every tagging thread's opening post consisted of a handful of perplexed suggestions followed by "Eh, I got nothing" or something of the sort. I'm inordinately fond of meta-humor and so decided even before my tagging thread went up that, barring some really brilliant suggestions, that I'd go with whatever phrase of abandonment concluded the original post.

11) Thanks for taking the time to answer our hard-hitting questions! Any last words?

I hate your favorite game. Yes, that one.

Nooo, not MY favorite game!

Seriously though, congrats on a well deserved recognition. You are a fantastic and lively addition to this community.

I give it 7 out of 10. There weren't enough car chases or explosions.

Not to take away from Clocky, but I want to also thank Grumpicus for heading up profiles this year. He's done a splendid job and left big shoes for the new guy to fill.

We have a new guy. I don't know if he's public with that info yet.

Not to take away from Clocky, but I want to also thank Grumpicus for heading up profiles this year. He's done a splendid job and left big shoes for the new guy to fill.

We have a new guy. I don't know if he's public with that info yet.

Thanks for trusting me to herd the cats this past year. Like many others, I missed the profiles as well and was just doing my part to bring them back.

As for the new guy, I outted him in the first paragraph. His desk is a stone's throw away from mine so I'll still be around to pitch in as needed.

Seriously though, congrats on a well deserved recognition. You are a fantastic and lively addition to this community.

I've got little to say other than this. Always a pleasure to discuss Nintendo stuff with Clocky in the various threads we cross paths on. Very glad to see you were the community choice

I like the idea of a serendipitous screw up.

I remember Magic: the Gathering making sense to me, once.

Grumpicus: So long, and thanks for all the profiles.

Thanks for all these profiles. Looking forward to more from Boogle!

Fantastic to see Clocky get the community choice vote. How else would the front page ever have kind words said of Kid Icarus?

And thank you Grumpicus. These have helped me identify members aside from their avatars, though I know by PAX East 2013 I'll once again be asking people "What's your avatar?" in order to try and identify who they are on the forum.

Congrats, Clock! I happen to hate your favorite game, too! 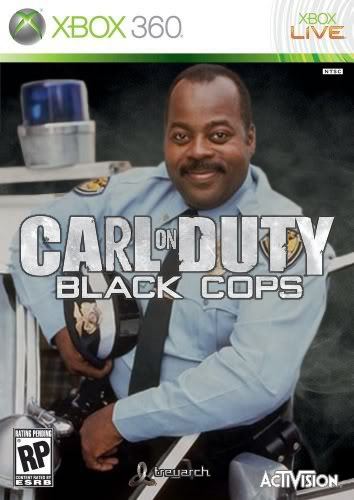 My gaming tastes often do not align with Clocky's (though probably moreso than the GWJ community at large), but I'm always interested in reading his opinions. Keep on clockin'!

All lies. Clocky was the original 'lover' of the Sparkle Ponies game, before it ever was a meme. As such, she came to hate all other forms of digital entertainment as it failed to deliver on the depth and nuance of the Magic Crystal's brilliance.

Congrats Clocky! (and thanks Grumpicus)

Eh, I got nothing.

Congrats on the profile, Clocky!

I am so thankful my profile came before the handoff to Boogle. I can't imagine what awful sh*t Boogle would have put me through to get it.

Surprised he wasn't clockin' this series of articles.

Congrats Clocky and thanks Grumps!

I think you should become even more cool and just call yourself Clocker. And then when you've achieved super-greatness just go by The Clock. And finally, when reader interest has dropped and you are looking to re-brand, your final form would be The Goddamn Clocker.

Congratulations on being one of the nicest Goodjers. That's a pretty big accomplishment when surrounded by online nice people.