If I could only say one thing about Dimmerswitch, it would be that he is one of the nicest people I know.

Fortunately, I am allowed to say many more things about Dimmerswitch, but it is really hard for me to really say what I think of this wonderful person. When I lost my job last year, Dimmerswitch was there to help me keep my head above water. Through afternoon games of Team Fortress 2 and endless hours of Football Manager, he was able to keep me sane despite going through his own health issues. Because that is the kind of classy guy he is.

Dimmerswitch is and has been my Gamers With Jobs conscience, that little white angel on my shoulder. He has remained level-headed in many situations where I behaved regrettably. Eventually I figured out to speak to him before I said something idiotic. I highly recommend it to everyone: Before you post something in anger, just shoot Dimmer a quick PM.

Let me end with this story. He messaged me on Steam one day, starting with these words: "I screwed up last night. I got really drunk." I really wasn't sure where this was going, and I wasn't prepared for what he said next. "I blew my team's entire transfer funds on 6 strikers." Now, a quick explanation for those who don't follow soccer: A striker is an attacking player, and you don't need six starting strikers on your team. I think he spent an entire season dealing with these player's egos. I am also pleased to say that Dimmer didn't fully learn from this situation, and I got quite a few more messages of drunk regret in regards to his team's funds.

Chris Patterson here. I'm a Virginian by birth, Wisconsinite by choice. My wife and I have moved around a fair amount in our time together, but are happy to have ended up in Madison, where we're (finally) putting down some roots.

2) What are you supposed to be doing when you're reading GWJ?

I work as a front-end developer, and have been doing this for my day job since the bad old days of heavily-nested tables, when IE4 still had that new-pixel smell.

Internet Explorer still has a bit of an odor, so in some respects not much has changed.

In addition to the estimable Mrs. Dim, whom I love dearly (and whose affection for me is one of life's enduring mysteries), I'm awfully fond of these guys. 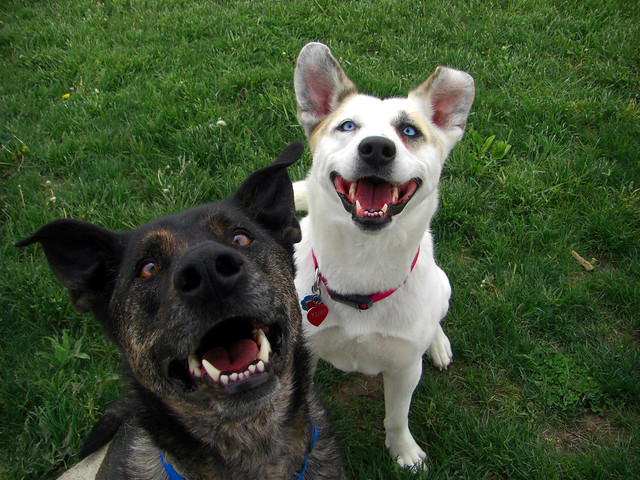 We also have chickens. 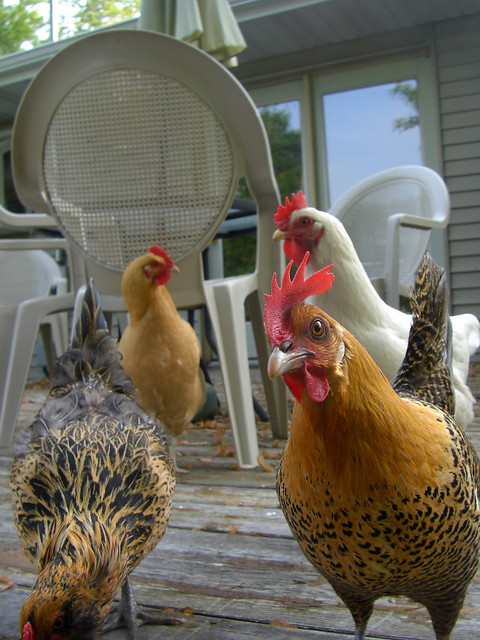 4) What first brought you to GWJ? What keeps you coming back?

Definitely the community. Goodjerdom is a pretty special corner of the internet. I most often view it as a family - though sometimes folks passionately disagree, and sometimes at great (imagined) volume, there is nobody here I wouldn't sit down and play a game with. The fact that the converse is (often) true is both exhilarating and humbling.

5) Why do you play games? Why haven't you outgrown them?

Well, at their heart, games are about the dynamic resolution of conflict. That's a fairly powerful approximation of human experience, I've found. Pretty sure when that gets old and uninteresting I will be, too.

6) When and/or how did you get into gaming?

I've been into gaming as long as I can remember. Far too many from my childhood for a full list, but some ones that cast a large shadow in my mind at the current moment:

My first console gaming was on a Bally/Midway system. This may also explain why I have gravitated more towards table or PC gaming than consoles as an adult.

7) What is your favorite game over the last year or so? Why?

Easily Telltale Games' Walking Dead. While the gameplay elements were not especially challenging, it's some of the most adventurous story-telling I've seen in a video game. It provoked a stronger emotional response from me than any other game I can remember playing.

8) What is your favorite game that you’re playing right now? Why?

Firefall. What Red5 is trying to do is awfully ambitious, and there's still a non-zero chance that it'll fail to work for a variety of reasons, but I see some real potential, even in the current beta state. (Plus, I have a soft spot for any game that leads to Felicia Day threatening me on Twitter

). There's a small crowd of GWJers who play regularly right now, and a larger crowd of more intermittent players, but we're always happy to have other folks join us.

It's a quote from Team Fortress 2. There were some other strong contenders, but in the end I chose this one because it epitomizes my goal in multiplayer games. I don't care about having the top score, or pulling off impressive plays. I want to be the guy who, when he's on a team, allows everyone else to be better.

10) Is there a particular forum on GWJ that you frequent/favor? Why?

In addition to the fabled TF2 forums, or being one of the two Everton supporters in the Sports forums (COYB!), I can often be found in Politics & Controversy. Why? Well, at its best it provides a way for me to understand the thought processes of folks on the other side of issues, and to challenge myself to avoid lazy arguments for my own positions. At its worst, I find myself asking that question, too.

11) Thanks for taking the time to answer our hard-hitting questions! Any last words?

Wait, why are you holding that hypodermic behind your back?

For here am I sitting in my tin can

Easily one of the nicest people on the internet. Great to hear from you, Dim! Grats!

The dark one has risen!

Dimmer's already one of my favorite people for how good he has been with this year's Vinniedad (despite the present not showing up yet.) This just reinforces my view of him as a good guy.

Pleased to meet you!

Dimmer has also purchased two Everton related gifts for me. Though he seems tired the pics I send of me every time I wear them. All would be solved if you would just buy me some Everton themed pants!

I'm the devil on Psych's other shoulder.

Welcome to the front page, Dimmer!

I believe Dimmer was the first GWJer I played any game online with (Blood Bowl). Great guy!

Truncated from my original submission:
[Addendum: Applicant responses to FORMS-EN-2873-FORM]

And thanks for all the kind words, folks. In the words of Mr. Miyagi, "You... pretty okay, too."

Come to Madison. We have beer!

Aye. Without a doubt.

Dimmerswitch is credit to team!

Thanks, man - I was really touched by the fact that the Bay Area Goodjers were willing to include me in the festivities this past summer. I'm naturally a pretty strong introvert, and folks were universally welcoming and really went out of their way to make me feel included. I had a great time. 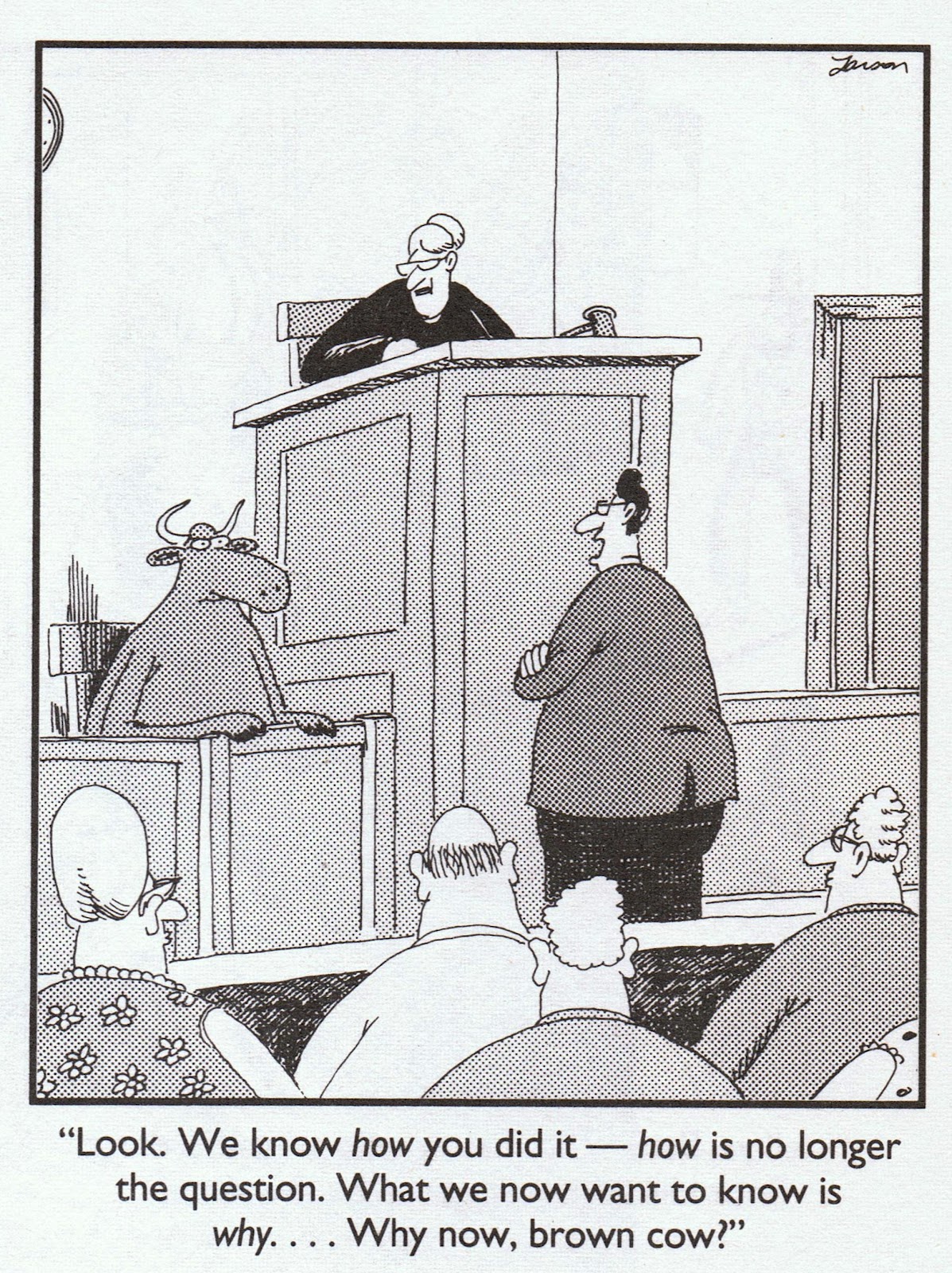 So true. Really enjoyed our gaming/internet time together Dimmer.

Hooray! Congratulations Dimmerswitch! They couldn't have picked a nicer person for this employee profile.

Dimmer has always been one of my favorites to game with.

That chicken image is classic. It's all "WTF you lookin at?"

Dimmer For The Win.

I actually wouldn't be on GWJ if it weren't for Dimmer! About a year ago I started consistently playing on the GWJ TF2 servers as a returning pubbie. One day when I joined he took the small, simple liberty of saying over voice chat, "Hey T-Prime!" That small act made me think, "Oh hey, I should check out this community."

Been here ever since.

My wife is awesome.

Dimmer is THE BEST, seriously a great guy, this community is lucky to have him, much love

I don't care about having the top score, or pulling off impressive plays. I want to be the guy who, when he's on a team, allows everyone else to be better.

And you totally are, mister

Dimmer is the kindest, bravest, warmest, most wonderful human being I've ever known in my life.

It's people like Dimmer that make this community great. He's always kind and welcoming whenever I see him around on TF2 or IRC.

Dimmer is the kindest, bravest, warmest, most wonderful human being I've ever known in my life