Amanda, Daryl, and Andrew talk about Round: 1 - our early first rounds with gaming experiences.

That is absolutely the one! Yes! Thank you. I can't wait to find me a copy

Really nice to hear Anti FINALLY get to talk about Myst! Dare to dream, folks.

As for first gaming experiences, I can remember the unholy screeching of the TRS-80 cassette drive while we booted up a game called Pyramid or something - a Zork-like text based adventure. I was spooked before the game even started. The actual gaming was lots of sudden deaths and working out what the hell you could put in the text parser to make any progress. Fun times!

My earliest gaming memory puts me in a seaside town in the mid 1970s where I was standing on a box reaching up to the controls of a bright yellow coloured arcade machine. The controls were little more than a chrome dial that rotated as a little white rectangle moved up and down a TV screen. I distinctly remember being utterly mesmerised by the ability to move something on a screen rather than passively just watching it.

As for tabletop games, I have 3 siblings, so we would play Monopoly on a regular basis. My older brother would refuse to pay any rent when he landed on any of the spaces that he landed on as he declared 'older brother rights', whatever that meant! I really did not like playing that game, it has tainted my view of the game ever since. That and the fact that it's not very good, even when played properly!

As an aside, the mention of card games during the show made me smile as when I was at school the most popular card game was Black Jack. Now, this is not the same as '21' or 'Pontoon' as it is known in the UK, but a variant of Penuckle. In it, you had to get rid of your cards while making sure your opponents kept theirs. The name derives from the fact that if you played a Black Jack, you had to collect 5 cards, which was very bad.

As the game evolved in the school more rules were added to the point where it became indecipherable. If you played a red-8 for example, the next player had to skip their turn, unless they had a black-8 in their hand to counter it. All really weird stuff that was an early lesson in game design

My very earliest gaming memory is playing a terrible side-scrolling shooter called "Raid on Isram" on the Commodore Vic-20 from a cassette tape.

My first gaming memory of something actually good is Laser Squad, the precursor to X-Com. I remember one day I was home (Christmas Break, I think) and I played it so much I dreamed about it that night.

Earliest video game memory: a home-assembled heath kit my dad put together that played Pong and two other similar sports games. Also, Adventure, Combat, E.T., and a racing paddle game on the 2600.

Rummy 500 with the family and Cribbsge with my dad were our main card games.

I am normally a little bored with the Harvest Moon/Animal Crossing style, but Ooblets has so much charm and whimsy it might win me over (I still play Crashlands yearly for the charm and whimsy). Also it has this bullet point:

Play a plethora of pleasant pminigames (the p is silent)

My first gaming memories are on a Timex Sinclair 2068 on a black and white screen and loading games from cassette tapes. I particularly remember Enduro Racer because it is the first racing game I ever played. I also remember that Commando was really hard and that I got really scared when I tried to play the Gremlins text-based adventure. 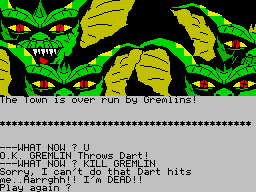 My earliest gaming memory is Repton 3 on the BBC Micro. The ten seconds of looped music are ingrained in my brain forever.

This thread is giving the best feelings. Pinging to pull it to the top of the recents again. Please share more if you can

First gaming memory was probably Test Match Cricket on a friend's ZX Spectrum (graphic below). Also spent an ungodly amount of time on Footballer of the Year and also a weird 3D adventure called How To Be a Complete Bastard, based on a book by the comedian Adrian Edmondson. (Not sure how my friend was allowed to have that game, considering we were 7 years old. Whatever.) 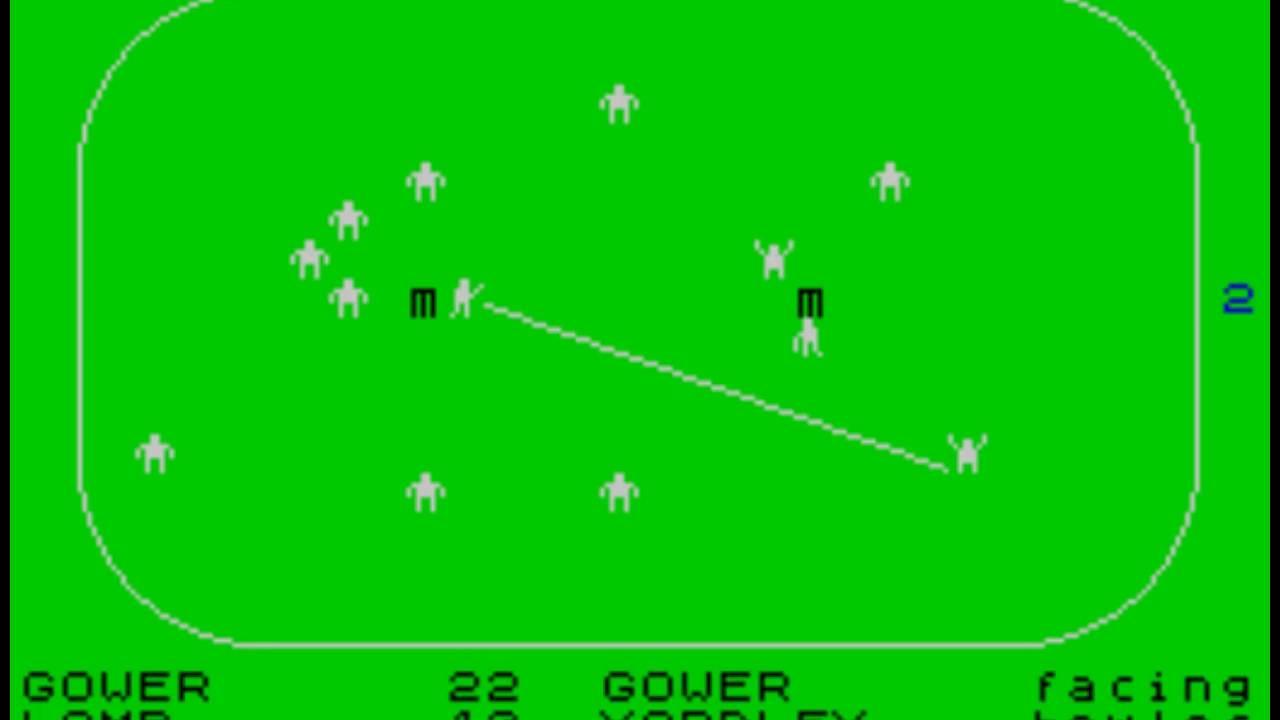 At school, we had BBC Micros and played Granny's Garden, which will be familiar to any British person of a certain vintage.

My first computer at home was an Atari ST, and the first game I played on it was probably Outrun. I struggled to complete the first level, because I didn't realise I had to change gear. I thought the higher rev count of first gear meant the car was going faster.

My first gaming memory of something actually good is Laser Squad, the precursor to X-Com. I remember one day I was home (Christmas Break, I think) and I played it so much I dreamed about it that night.

I played Laser Squad as well and still remember the howl that your characters would unleash as they died - the sprite spinning around like a dervish as they did so.

My characters died a lot.

Antichulius
Posted: September 21, 4:13 AM
The Keymaster

That is absolutely the one! Yes! Thank you. I can't wait to find me a copy :)

Not only were you spot on, but your timing was perfect! I found a new, sealed copy for a decent price.

It’s not so sealed any more

I can’t wait to play! 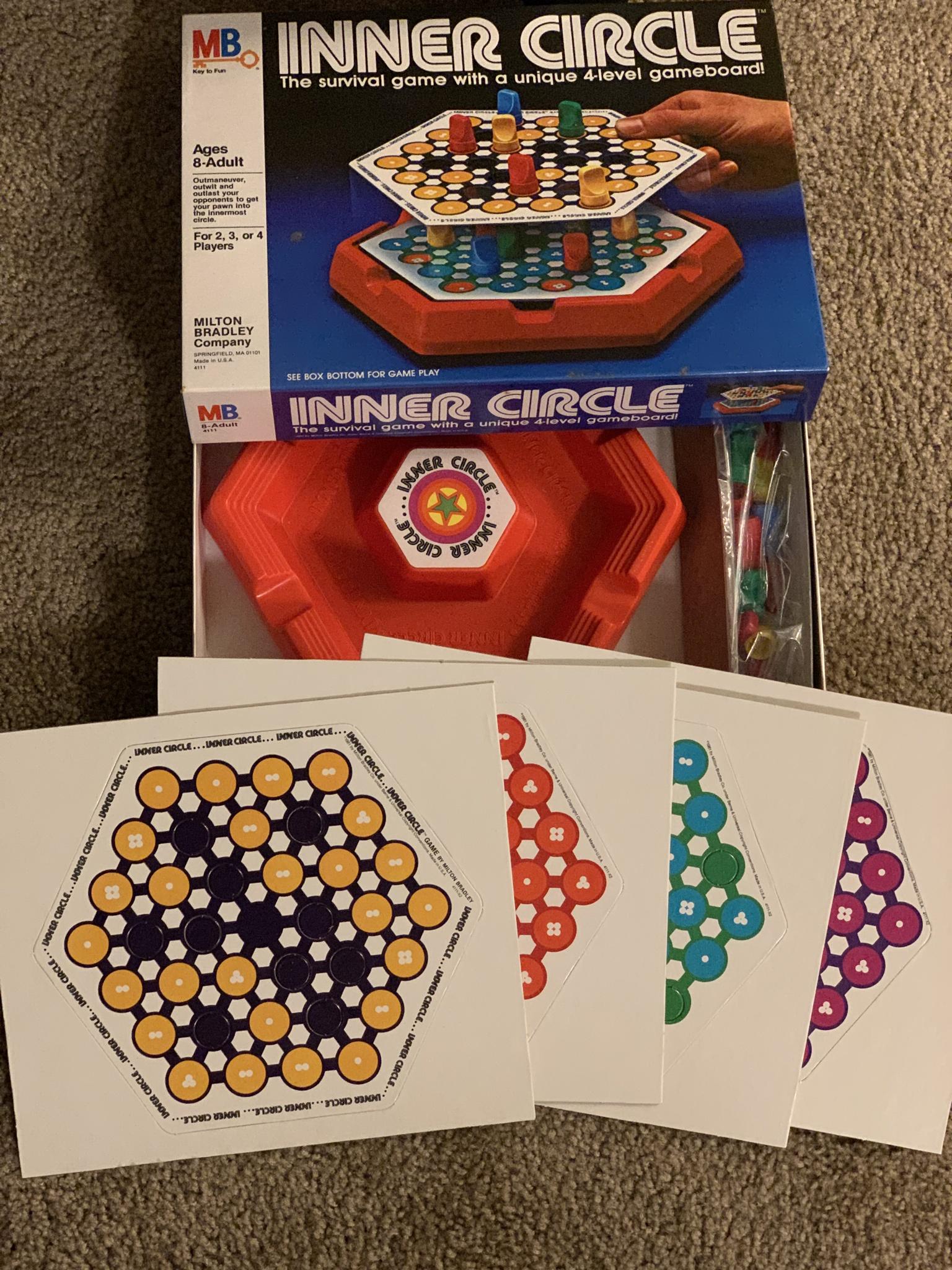