Mbappé, meanwhile, stressed that the decision to stay at PSG was, most importantly, a sporting one. “Everybody knows I wanted to leave last year,” said the striker. “I was convinced that was the best decision at the time. The context is different now, in sporting terms and personal terms. France is the country where I grew up, I’ve always lived here and leaving wasn’t right. The sporting project has changed as well, that made me want to stay, I don’t think my story is over yet.”

Considering the BBC is all about impartial, accurate reporting, I'm really not sure what it is they are apologising for here.

This is hilarious, although if it were MY team, it would be a hate crime.

Ronaldo certainly made Tottenham's top 4 chase exciting by getting a hat trick, but all's well that ends well. And didn't we like, break the away goals record at Old Trafford during the pandemic? That was something. 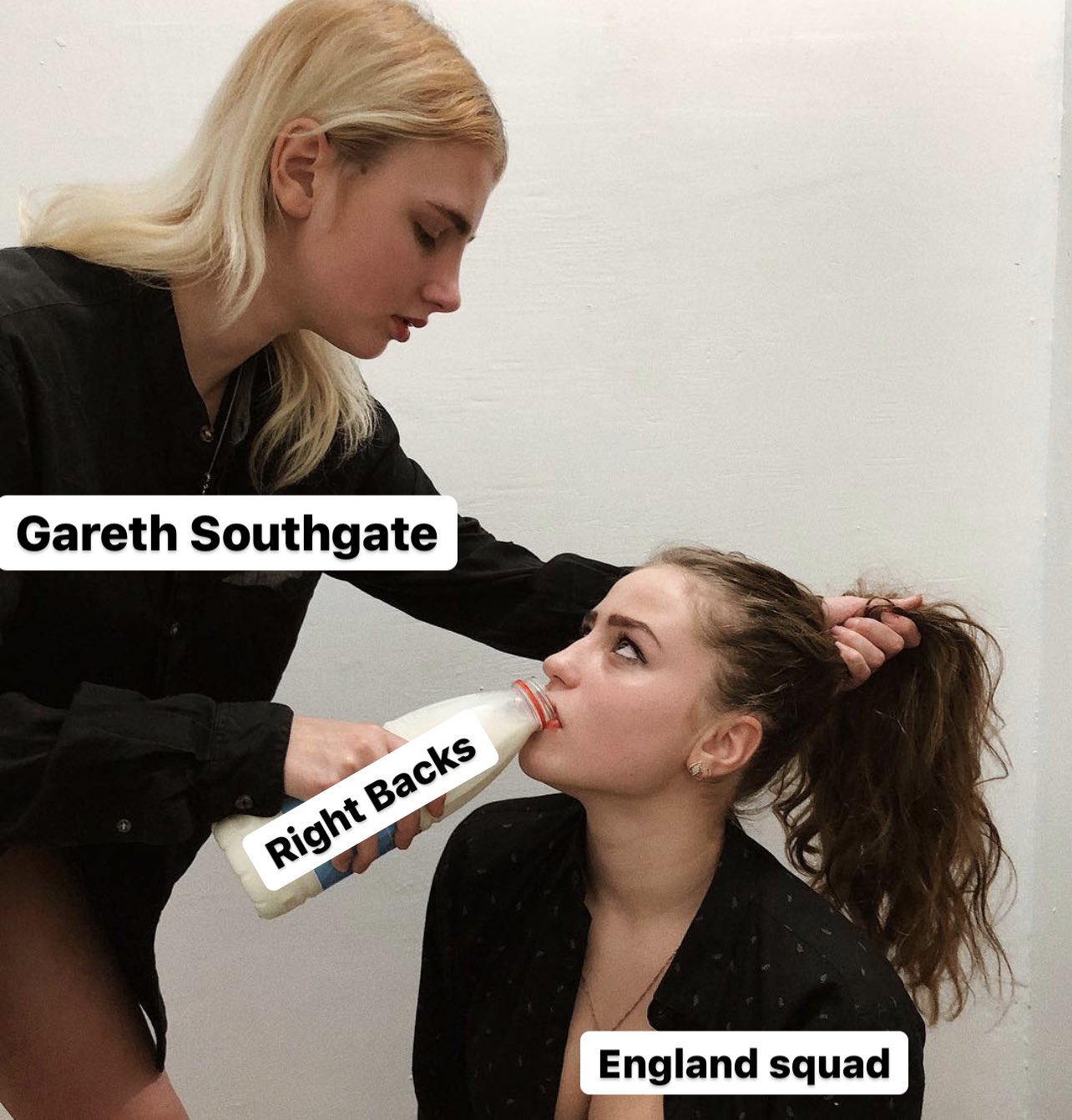 Anything that even hints at "why is Eric Dier not in the England squad?" will get my upvote. I'm listening to an interview with him right now on the High Performance podcast, as it happens.

(Congrats to Roma tho. Mostly crap game, but congrats!)

US referee numbers are plunging and aggression is to blame

I understand there's a similar problem in the UK.

“My three-year-old could’ve made that call!” exclaimed commentator Kaylyn Kyle after an apparent handball wasn’t called at the end of an NWSL Challenge Cup game between OL Reign and the Washington Spirit.

Unfortunately, most three-year-olds who grow up to be soccer fans will be armchair referees rather than being on the field where they’re actually needed.

They’ll grow up to spend their hours on Twitter, dissecting photos and videos often taken from sightlines the actual referee and assistant referees do not have. They will also have far more time to process plays than the officials. And too many of them will grow up to become parents and coaches who prowl sidelines yelling at referees until those officials finally toss aside their whistles and quit.

We all want better referees. But it’s tough for referees to develop when there’s much more incentive for them to quit than there is for them to stick with it and improve.

It’s a simple spiral. Referees drop out of the sport, especially after discovering the joys of extra free-time during the pandemic. Less experienced referees fill their spots. Coaches, players and parents harass and abuse the less experienced referees. Then those referees quit. And then the pool of referees drifting upwards to the top level is that much smaller.

The story is familiar to players in England, where some semi-professional games are going forward with teenagers and some games below that level have no officials at all. In the US, the shortages are rampant at youth level and can even reach up to MLS Next, Major League Soccer’s academy program, for which some grassroots referees in Virginia have seen urgent calls for help.

In Utah, the state youth association had reached the point of canceling 570 matches and rescheduling more than 1,000 in one season. They sent out an email trying to drum up interest in referee certification. The response was telling.

“We were flooded with responses stating they would never register as referees or allow their children to register because they’ve seen how horrible the treatment of referees has been, and they refuse to be subjected to it,” said Jen Rader, the Utah association’s marketing and media manager.

My daughter went through the certification program. I bought her all the equipment she needed. I was on the sideline for support (newbies always forget to check the watch) and we always had a post game chat so she could ask questions.

She lasted four games. One of those games they had her (a 7th grader) centering for a high school aged rec game.

There will never be respect for referees again until everyone - media especially - can learn to accept they are only human and will make mistakes. Most of the time they are pretty good. I do think the game needs to think about the concept of a sin-bin for continued arguing or disrespect from players. I know people will say "just show them a red card" but finding yourself on the sidelines for 10 minutes would, I think, be the right approach. Nobody likes seeing games getting completed unbalanced because some players just can't shut up - but I think a 10 minute cool off wouldn't be the worst idea, and I also think refs would be much more willing to use it knowing they aren't really sending a player off. For players I think that would help a lot.

For fans and spectators - I have no idea. If you're bullying an 11 year old child you really need to start thinking very hard about your life choices. The only place you can start there is by banning their children from whatever league it is they are playing in. screaming and shouting when it's you being called out is one thing, seeing your kids denied they enjoyment is probably something else.

Excellent ideas, for sure. People need to understand that referees are doing a critical job that most people absolutely don't want to do, even for pay.

As it happens I had lunch with a group of friends today and I told your story. One of my friends coaches his daughter's softball team. He was saying that in their league they don't have a shortage of refs (umpires), bc they make about $40/hour.

I detest everything Paddy Power are and stand for. They are a betting company.

However, their creative Marketing/advertising group are on a complete different level. This is just exceptional:

I quit refereeing kids hockey games after a month.

Pickford wins Save of the Season, although part of me wants to ask if getting smacked in the face with the ball should count as a save.

(It means your positioning was good though, right?

I see UEFA has done it's usual great job of organization for the final.

I’ve been out with the wife and kid this afternoon so mostly distracting myself. I’m now in the pub waiting for the delayed kick off. I’m quite worried things outside the stadium will go very bad if they don’t get a move on. At this rate kick off won’t be until 10pm local time…..

Edit: just been pushed back another 15 minutes. What a sh*t show.

Edit edit: Gary Lineker can’t even get in the stadium!

I’m not one for conspiracy theories but when it’s one teams fans getting screwed over and not others? That’s orchestrated.

Fabrizio Romano (@FabrizioRomano)
Joel Matip’s brother Marvin on the situation around Stade de France: “The organisation around and in the stadium is unworthy of a CL final! Using tear gas in areas with children and uninvolved fans is dangerous!”, tells @Plettigoal. #UCLFinal

BBC Journalist Nick Parrott, who is outside the ground in a personal capacity, told BBC Radio 5 Live: "I have just been pepper sprayed for the first time in my life. I have been to the Champions League final before and I have never been pepper sprayed before.

"I was outside Gate Y which has been opening and closing repeatedly over the last hour and a half but nobody has been going through. The security staff on the other side advanced and sprayed pepper spray."

Now the game has started, nervy first 20 minutes or so. Real fee off the pace to me, Liverpool a little too wound up. Feels like they are starting to settle a little now though. Just needs more control

Real haven't looked like they were at the races for the past couple of rounds, though... yet they keep doing what they need, somehow.

Typical final so far I think both sides nervous but Liverpool quite clearly the better side. Courtouis save was fantastic.

These are the same French police who didn't stop Russian ultras from attacking fans with children at Euro 2016 even though I, a rando a continent away, was aware it was going to happen.