Someone must have told them the USA was funding the trucker protest.

That is an own goal if I've ever heard of one

TheGameguru
Posted: February 17, 6:58 PM
Here to save you all

I was wondering the same thing…no real answers though.

Sha Carri got screwed plain and simple.
Her mother just f*cking died and it was met with nothing but punitive callousness and coldness. Weed doesn't belong on the banned drug list any more than Xanax does. And while I believe it should be legalized, I HATE marijuana if for no other reason than it stinks to high heaven. But it absolutely needs to be decriminalized and anyone in jail for it needs to be released for time served.

Well USA blew it this morning vs GB. But bronze medal game vs Canada tonight at 1am.

And then she ended up falling down in the clutch like she was sacked by Aaron Donald. Where's all the conspiracy talk about her taking a dive to make sure her teammates could have a medal ceremony?

I am one of the few black people who thinks no, she screwed herself.

She didn't get the ban because weed is illegal, she got the ban because marijuana can be used as a masking agent for other drugs, and therefore is on the list of prohibited substances. Unfortunately, because WADA (has to) take such an incredibly tough stance against banned substances, she opted to smoke and screwed herself.

Am I sympathetic to her reasons for doing so? Absolutely. Do I totally understand that WADA does not allow "bereavement" as an exculpatory excuse for using a banned substance? Also yes.

She's a 15-year-old girl caught up in a heady mix of geopolitics and nationalist chest-beating in an international competition that has put a colossal spotlight on her. Even if she knowingly, willingly used the substance (which, given what I've learned about her coach, I find it highly unlikely that, again, a 15-year-old girl was not pressured into doing it), the general tenor of discussion around her and outright joy at her failure is as disheartening as the corrupt Olympic organization that has put her on this platform.

San Francisco Chronicle sportswriter Ann Killion summed it up the best as she usually does*: That was the craziest sh*t I’ve ever seen and I was in the building for Tonya Nancy oksAna.

* = She also once said that El Coyote in Los Angeles had the best tacos ever and from my personal experience, she was right about that, too.

They have this one camera angle during the skiing team event that's behind the skiers at the starting gates. When they're bouncing around before they go, it's very "stupid sexy Flanders". 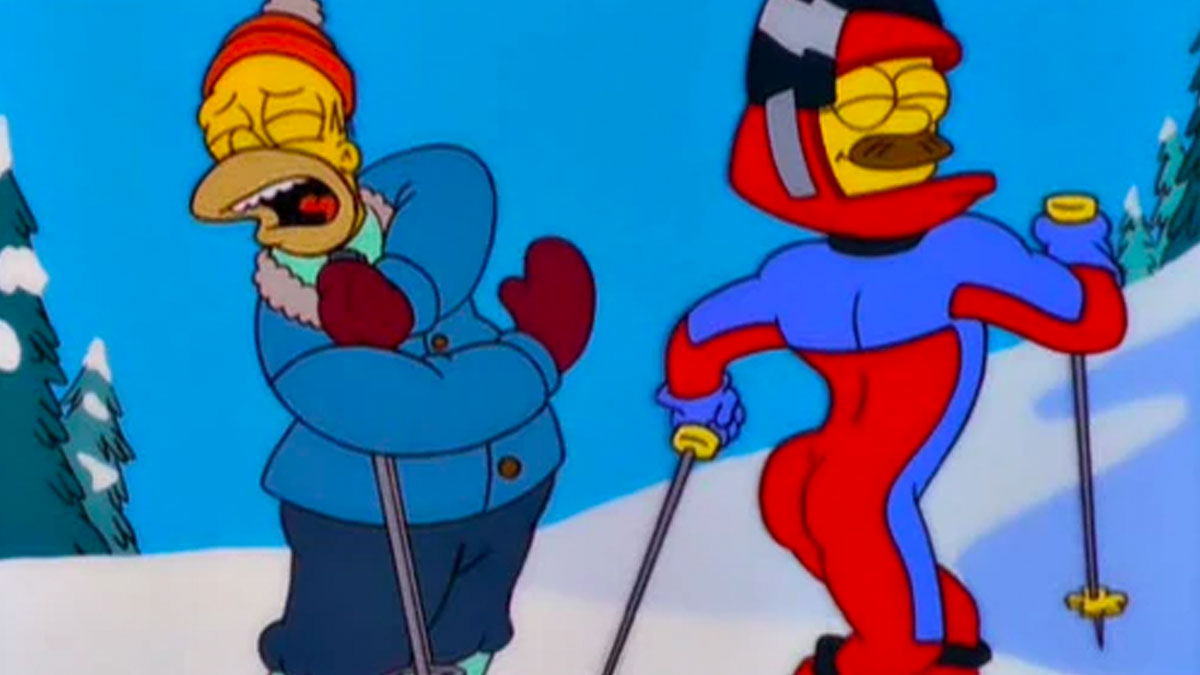