I do increasingly wonder if it might behoove them to just take a relegation, reload and completely restructure the club in the Championship and hope to bounce back immediately, but then I remember that, even as "the usual suspects" the teams promoted from the Championship have become, you can't just assume you'll bounce straight back after a relegation.

I do increasingly wonder if it might behoove them to just take a relegation, reload and completely restructure the club in the Championship and hope to bounce back immediately, but then I remember that, even as "the usual suspects" the teams promoted from the Championship have become, you can't just assume you'll bounce straight back after a relegation.

I don't think accepting relegation is ever a good idea for a club aspiring to be more than a yo-yo club using the premier league money to improve the clubs infrastructure. For a team hoping to spend from their sugar daddy that year drop in revenue would really affect what you can spend under FFP on the other end.

But at this point it's looking increasingly likely that they go down unless Howe is their man and he's made a leap in managerial ability since leaving Bournemouth.

It's possible, given that he's probably had time to reflect and think about the game he wouldn't have been able to do when having to manage every day. But I don't think it's likely. 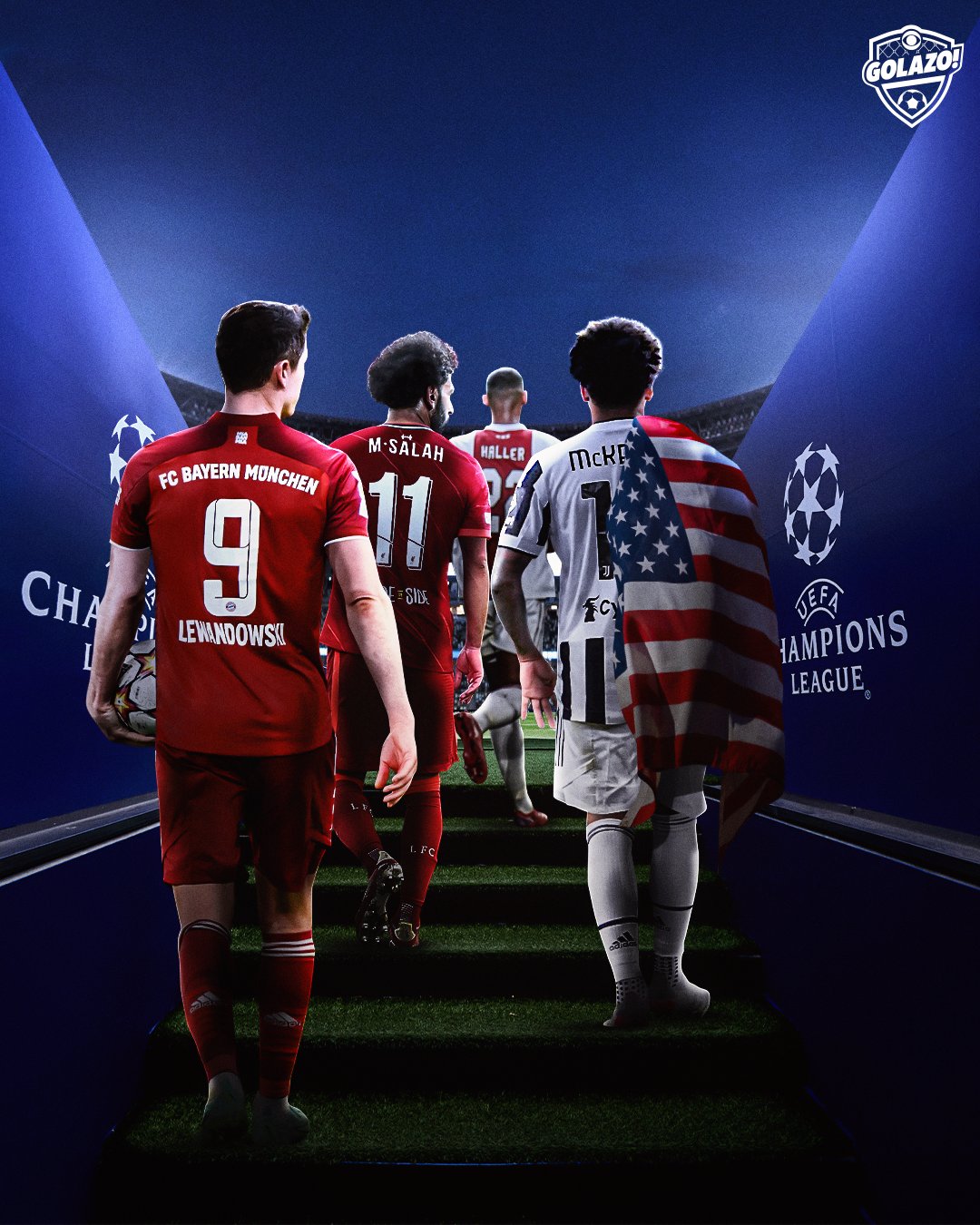 Okay, I know this is an American sports company tweeting primarily for Americans, but CRIMINY this is stupid pandering.

"Here's two Ballon d'Or candidates, another really, really good player, and one American who we have carrying the American flag as if him being American matters at all to his Italian team's progress. (Also he's not the best player on that team.)"

So it's a game between Bayern, Liverpool, Ajax and Juventus? I'd watch that chaos.

Looking forward to posting the Tottenham-Vitesse highlights, as that game was apparently VERY stupid.

Okay, I know this is an American sports company tweeting primarily for Americans, but CRIMINY this is stupid pandering.

"Here's two Ballon d'Or candidates, another really, really good player, and one American who we have carrying the American flag as if him being American matters at all to his Italian team's progress. (Also he's not the best player on that team.)"

But yeah, it's pandering for sure.

Norwich gets its first win of the season...

...and fires the manager?

Newcastle United with their worst start to a season in their history. Relegation after a sugar daddy takeover is very much on the cards.

Norwich gets its first win of the season...

...and fires the manager?

I guess they're looking at the overall body of work and not the most recent result?

Manchester United could learn something there.

The "Can Ole Manage/Is CR7 Helping ManU" needle is basically just this now: 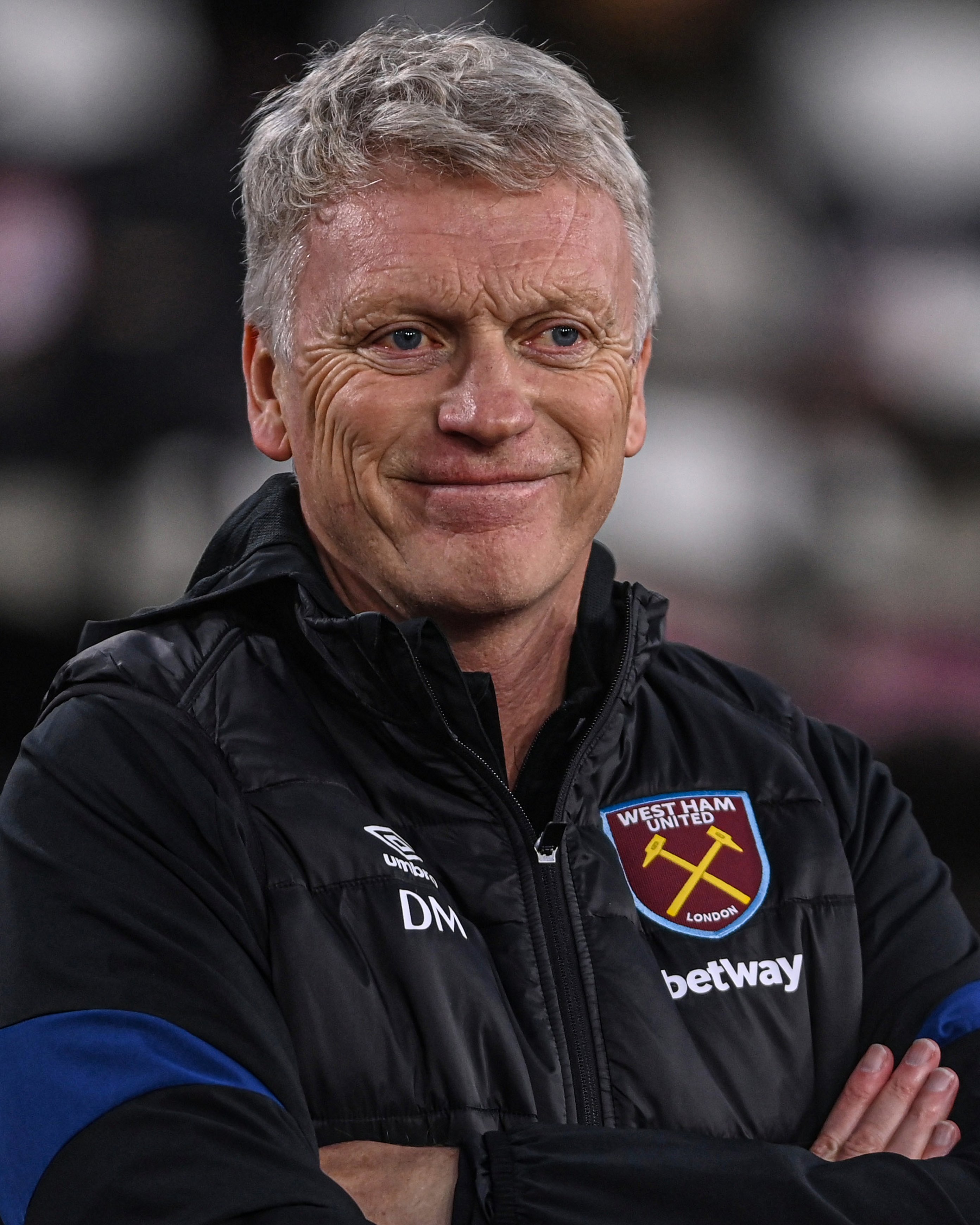 Only taken him 1001 games to beat Liverpool. West Ham the better team on the night, but Aaron Cresswell should have been off. Alisson in rare bad game shocker too. AS much as I like TAA, he really needs to remember he's meant to be a defender more than an attacker at times.

Wait until the end.

Sadly the end was "this video is not available in your location."

Which was also the beginning.

For those of us in the Anglosphere, try this link.

For those of us in the Anglosphere, try this link.

Can anyone imagine Gerrard giving up Rangers for Villa?

As far as they can? They've won the league once. No domestic cups, and have had medium success in Europe (the Europe League only).

To make more progress in Europe, more money would probably be needed, but given the reports of finances, needing a loan of £7.5M to see through the end of the season, along with their overspend in recent years to get them that league win, it's unlikely that a huge amount more can be spent.

So maybe 'as far as they can with current budget in Europe'... fine, but not domestically. Next season, the Scottish Champions get straight into the Champions League Group stage, for the first time in almost a decade. That's an instant money pot right there, even if you get pumped in every match. No risk of being knocked out in the qualifiers, he'd have a genuine crack at the Champions League (providing they win the league this year).

However, regardless of any details, success rates or none, the difference in money across all facets is just astronomical, and would turn anyone's head. Sheffield Utd got £97M for finishing last in the EPL (nothing to do with parachute payments), while Rangers will have received around £3.5M for winning the SPL last season.

It just does not compute. Sure, Rangers will be in Europe every year in some form, but Gerrard would no doubt back himself to get Villa up into European places down south, too. Unless you're playing Football Manager and taking your favourite team to the top, then IRL money talks and I think any SPL manager would be crazy not to take the chance of being success down south. In Gerrard's case, it would also likely lead him closer to the Liverpool job as his ultimate destination. Going straight there from Rangers may be too big a gap. It's one thing winning dometic leagues as a huge fish in a tiny pond, and making marginal waves in the Europa League... but Liverpool are expected to win the EPL and Champions League, not just take part in it.

He'd certainly be a loss for the SPL, in much the same way as Brendan was when he left. There's only really any interest in SPL football from down south if one of "theirs" is up here. It was players, in the 80's and 90's when English teams were banned from Europe, now it's a couple of high profile managers. Without any English focal point, we'll just go back to being a country pub league (in their eyes).

Paris St-Germain women’s midfielder Aminata Diallo has been taken into custody by the Versailles Regional Police Service following an attack on one of the club’s players last week, the French side said in a statement on Wednesday.

It took almost 30 years but finally an athlete from another country has pulled a Tonya Harding.

Well, a female athlete. The dudes have had some truly awful previous incidents.

It took almost 30 years but finally an athlete from another country has pulled a Tonya Harding.

Can't wait for this to be in Football Manager 23.

Can a picture perfectly describe a player's career? 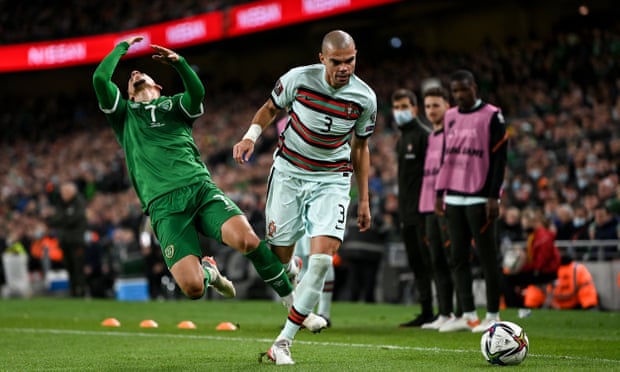 No snow for the CanMNT game in Edmonton tonight. :(.

The US overcomes getting CONCACAFed (eye gouging isn't a red?) to beat Mexico, Costa Rica's 2nd choice keeper (thanks for keeping Navas off the frozen turf PSG) gifts Canada a goal and the 3 points, and Panama comes back from 2-nil down to win 3-2.

Regarding the comments a page or two back about the EPL having way more money than the Bundesliga: Get a more competitive league. The EPL is way more interesting to those who aren't from the teams' cities, which is where the TV money comes from.

Football iconic did a good piece on why the Bundesliga is so top-heavy, and why that's unlikely to change.

The EPL is "competitive" because they were the first league to become a global commercial phenomenon, for a variety of reasons. 15 years ago, if you got to see a game on TV almost anywhere in the world it was likely the Premier League. Their TV revenues are borderline untouchable by any of the other Big 5 leagues in Europe. which means CL money makes that much more of a difference, which fuels the inequality even more.

If one of the other 5 leagues instituted a hard salary cap, for instance, in order to increase competition, you would almost immediately see an exodus of top talent to places like the Premier League where wages are higher, and interest would wane. It's not simply a lack of competition, that's a gross oversimplification of nearly three decades of the Premier League being a quite literal global commercial colossus.

A new team could win the Bundesliga every year, and that wouldn't drive interest. People would just call it a sh*tty farmer's league where no-one is actually any good (and would probably be born out in European competition).

Can a picture perfectly describe a player's career?

Didn't watch the game, but apparently Pepe had some competition. 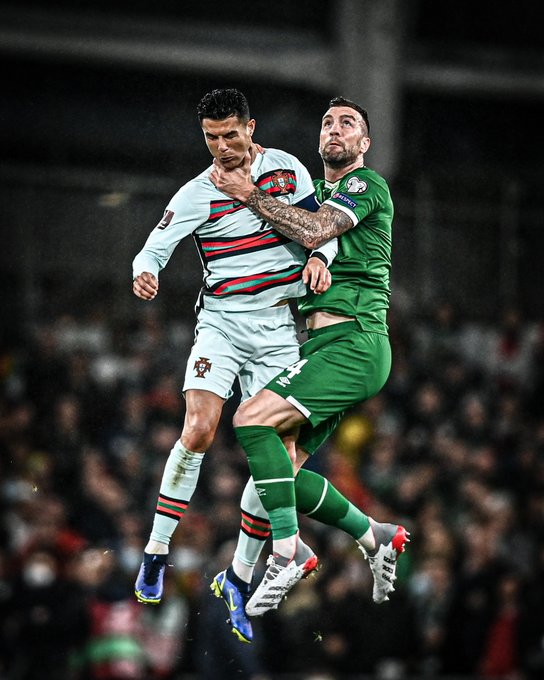 I shouldn't have implied that there's an obvious way out of it for the Bundesliga; they were ridiculously top-heavy but weren't being "punished" for it. Now they are being punished for it and there's no easy way to change.

England has other things going for it, as well - they invented the game, there's a shared language with some very populous countries, and that language is also spoken around the world. Yes, there's English-language coverage of the Bundesliga, but the native commentary, sportswriting, etc. for the EPL is all in English.

Yup, and they were quite literally decades ahead of everyone else on TV rights. The TV money distribution in La Liga and Serie A has been an absolute clusterf*ck for years now, not to mention that in France, I'm pretty sure that winning Ligue 1 nets you several times less than what you get for getting relegated from the Premier League.

That enormous TV money gap is part of the reason why you had the Spanish and Italian teams pushing so hard for the European Super League.

Around here, there is no "equal distribution" of TV rights money. TV/Cable services negotiated only with the top 3 clubs for exclusive transmission rights of their domestic games.
Obviously, this undercuts potential competition by quite a lot.

---------------------
The Serbian players were promised 1 million if they won against Portugal and they did their duty.
It's quite amazing how Portugal has such great players and how it continues to play so horribly defensive. And the coach just keeps hanging on to the job making the sorriest of excuses. The federation is mostly to blame here as they keep accepting the excuses. It's off to the playoffs.

The Serbian players were promised 1 million if they won against Portugal and they did their duty.

Mitro is on one this season.