The Panthers-Giants game (and Patriots-Jets and Cardinals-Texans and ...) might have set back professional football by several decades. But there was plenty to like about Week 7:

Bengals WR Ja'Marr Chase: Remember when folks thought the Bengals should draft a LT? Remember in the preseason when Chase dropped everything thrown his way? Lots of eggs on lots of faces there. In Week 7 against the Ravens, Chase was the first rookie since 2004 to have 200+ receiving yards (sorry, Paleo), and he has had a TD catch or 75+ receiving yards in all seven games so far. Dude seems legit and gives us all a reason to watch the Bengals this season.

Raiders QB Derek Carr: He completed 91 percent of his passes this week. This number, and a rain-soaked Jimmy G, are Legion's fever dreams: 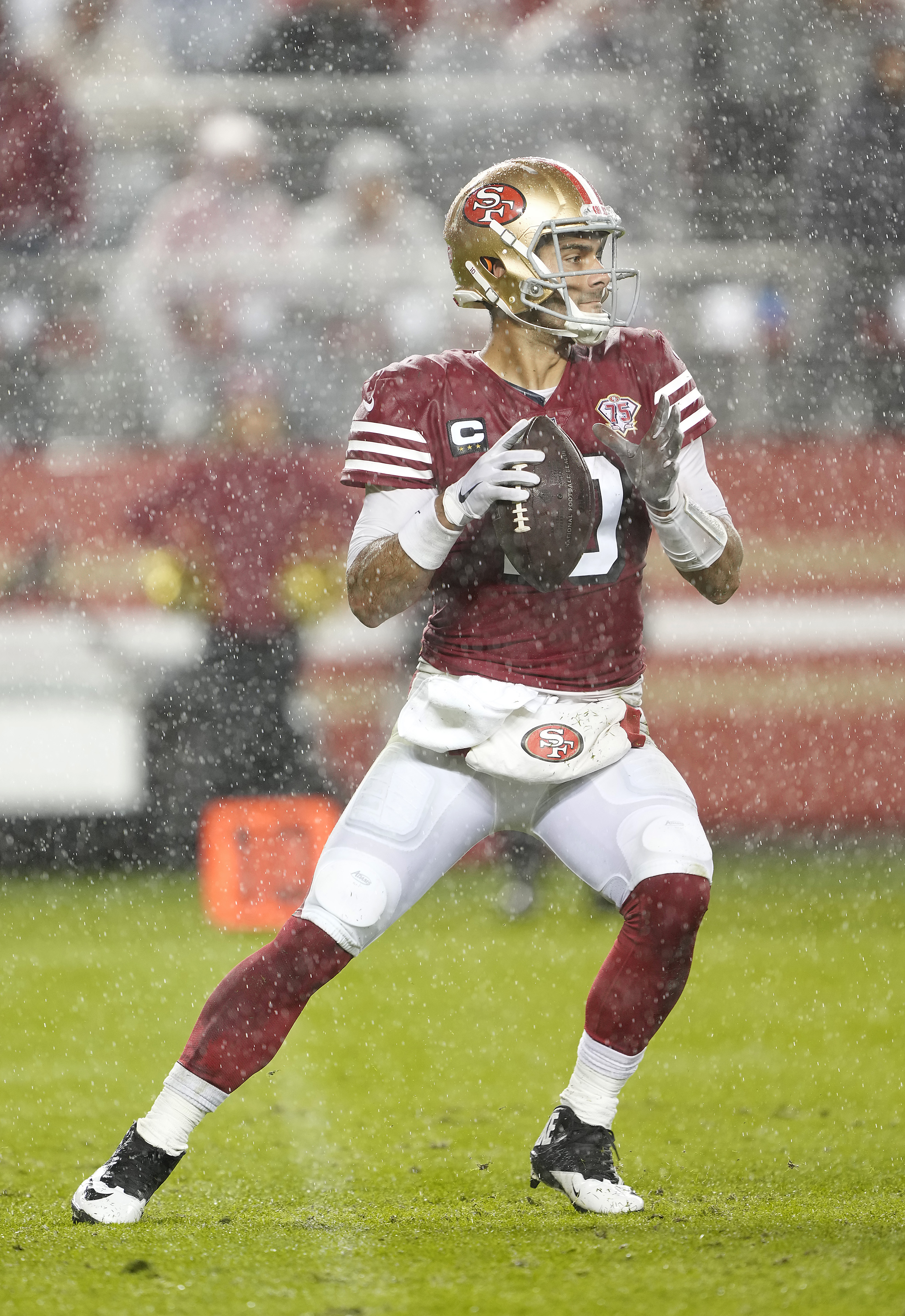 (Garoppolo was not something I liked about Week 7. Even in a bomb cyclone context, he was terrible.)

The Lions: Gotta love a 16-point underdog that YOLO's a surprise onside kick and two fake punts. The Lions will probably never win a game with Jared Goof as their QB but they're bitin' kneecaps this season. Fun!

Falcons pass-catcher Kyle Pitts: Is he a TE? Or a WR? Who tf cares? In the past two weeks*, Pitts has 16 catches, 282 yards and a TD. He's on pace for 1,300+ receiving yards, which would be the best ever for a rookie TE.
(* against the Jets and Dolphins, but still)

QBs who can catch passes and RBs who can throw them: I'm talking about Danny Dimes and Derrick Henry, respectively.

That's former Cardinals RB Stump Mitchell, who's now a RB coach with his fifth NFL team, if Wikipedia is to be believed. Mitchell played college ball at The Citadel, where I guarantee this sort of hirsute look was not regulation.

Tom Brady: The GOAT became the first human to throw 600 TD passes in his career. No. 2 all-time: Drew Brees with 571. No. 2 among active players: Aaron Rodgers with 427. It's probably safe to say that Brady's record will stand for a long, long time.

STAT OF THE WEEK

It's not your imagination: There were a lot of not-close games last week.

Only one of 11 games (Falcons-Fins) was decided by one possession. The last time that zero or one games were decided by just one score? Dec 21, 1975.

PANTHERS PLAY OF THE WEEK

Like I said in last week's thread, the Panthers have gone from pretty good (3-0 and a potential playoff team, albeit in hindsight a mirage) to mediocre to lousy in just four fast weeks. Losing your best offensive (CMC) and defensive (Shaq Thompson) players can have that effect on a team, as can an O-line that starts random guys in random spots pretty much every week.

I mean, just look at this dope: 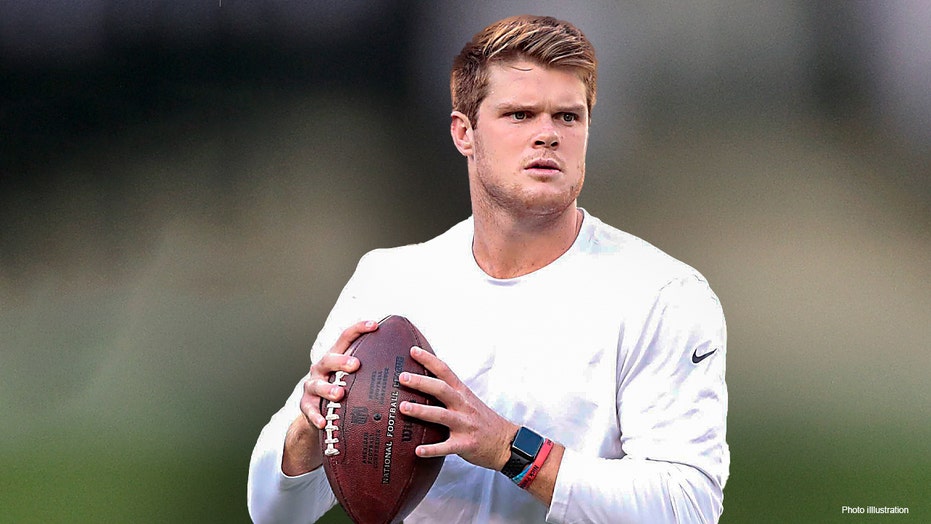 Remember, this is a guy who managed to move to Charlotte without a bed frame and half of a sectional sofa. If the Rooms to Go website is too complicated, there's no hope for his figuring out an NFL playbook.

Anyway, Sunday's embarrassment was a team effort. Here's a GIF of the Panthers offense, which managed just three points Sunday against the Giants:

Here's Matt Rhule in the Panthers' locker room at halftime:

Here's PJ Walker going in at QB in the fourth quarter:

I'll be LOL-watching the Panthers from here on out. I won't expect them to win (though it'll be nice if they do) but they sure are funny. Here's Carolina's LT sacking Darnold on Sunday: I stumbled on Football Outsiders' playoff odds feature, and it's too good not to share. The big takeaway is that Conventional Wisdom is starting to shift and along with it the odds of making the playoffs.

Here are the biggest shifts in playoff chances after Week 7:

A few good games, plus a ManningCast, so it's not a horrible week by any stretch. Here are your coverage maps w announcer pairings:

Sunday early: Bengals at Jets, Titans at Colts, Rams at Texans, Steelers at Browns, Eagles at Lions, Niners at Bears, Panthers at Falcons, Dolphins at Bills

Vikings QB Fran Tarkenton did this:

Tarkenton got ejected after scoring the go-ahead TD. Then the Patriots scored at the last second to win 17-14. Here's the boxscore, and a recap. 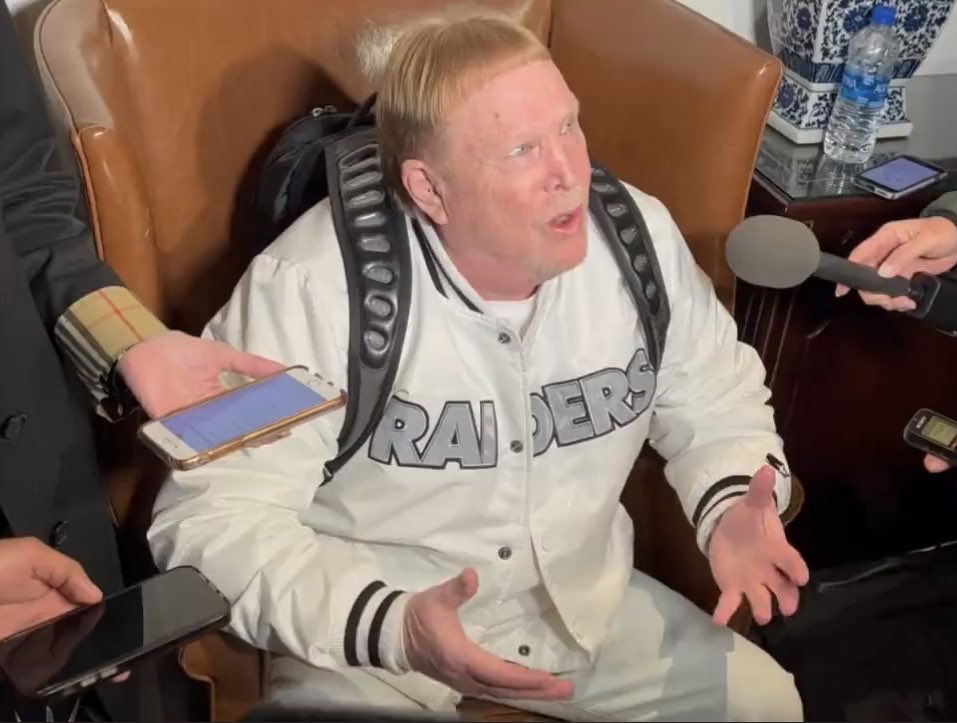 Guess the Niners can beat the hapless Bears. But gotta get Kittle back before we beat anybody good.

I appreciate the power rankings joke.

Guess the Niners can beat the hapless Bears. But gotta get Kittle back before we beat anybody good.

I feel like it's not being talked about enough that both teams that played in the 2020 Super Bowl are now in trouble of not getting into the playoffs.

Listen, Carolina is easily the NFC South team I dislike the least by far, but, if this is the quality of weekly post we get, I hope they keep losing.

Have you seen how fast Robby Anderson can drop a pass? You can't teach that kind of speed.

Kelvin Benjamin could fix that.

Man he was good when his body wasn't so beat. Huge loss for the Cards, if mostly in spirit.

Man he was good when his body wasn't so beat. Huge loss for the Cards, if mostly in spirit.

Is it too soon to speculate if he is done? He definitely has an injury history.

Is Kyler Murray-Rondale Moore the shortest QB-WR combo ever? Has to be right?

They're able to throw passes between linemen's legs. Genius!

Just needed no DeAndre Hopkins and no Joe Barry for this defense to click.

Apparently this is the game where the Packers and Cards just decimate each other with injuries and the SB.

Is this the best records ever in a Thurs game?

That 4 down sequence was nuts

There has absolutely never been this many good Thursday games, and it's Week 8.

Is this the best records ever in a Thurs game?

That 4 down sequence was nuts

Not for me. Not sure how they over turned a TD for the first time in forever. On the 4th down there was a pretty blatant hold off the line.

I still don't understand what he was doing on that INT.

one muffed punt was the margin.

one muffed punt was the margin.

I'm standing by this.

Just needed no DeAndre Hopkins and no Joe Barry for this defense to click.

Extra bonus points to Rasul Douglas for immediately waving the crowd goodbye. Was on point to make an amazing play and also let the Cards fans know about it.

I still don't understand what he was doing on that INT.

Apparently, Kyler signaled him to change his route for a backshoulder fade, and Green missed the signal.

This next part is my speculation, but I think the original playcall had Green running a clear-out route to open up Christian Kirk on the drag. Green's assignment is probably to get depth and then body block his defender away from the zone Kirk would be running to: 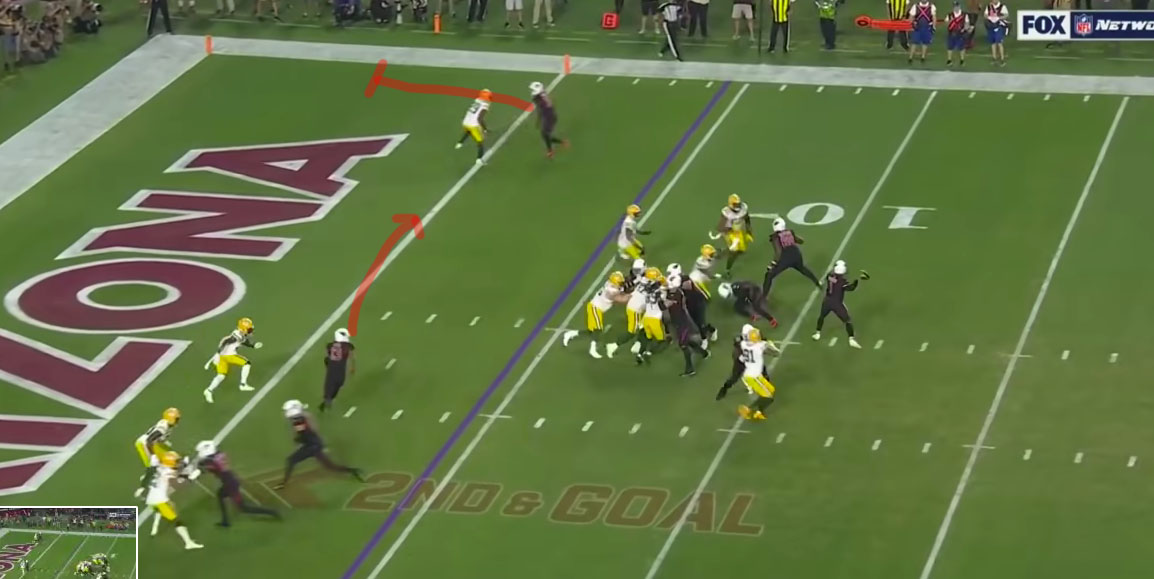 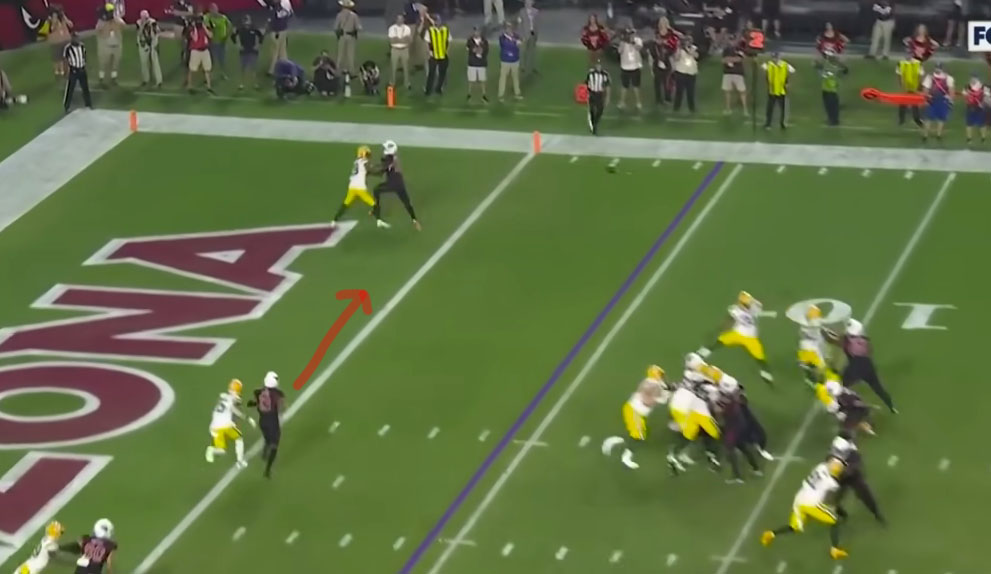 Kirk's already pulling up in the second image because he knows the ball's already away, but you can see where he would be entering the space Green cleared out, and how Green would be walling off his defender.

Definitely not interested in Watson, but if we were we would throw our best player in to sweeten the deal.

An hour later, someone else inside the Panthers' camp shot down that rumor.

Either somebody's source doesn't know what's what, or there's debate in Pantherland over whether and what to trade for Watson. Could be both, tbh. Carolina isn't the most organized franchise these days.

I'm kind of two minds on potential Watson trades; on one hand, I'd like it if allegations this serious did make the guy radioactive and teams would make a choice not to trade for him with all of the just godawful implications of doing so. On the other hand, if the Dolphins get him, the Bucs would no longer be the most sex offender-tolerant pro team in the state of Florida, so at least less sh*tty on a comparative level.

I will go one step further: if the NFL wanted to say we are not the arbiters of morality and everyone can play if they aren't in prison, then I would be cool with that. But the NFL wants to pretend to be the arbiter or morality and distractions, then how can you, as an organization, put your arm around a guy with 22 women claiming that he molested or raped them?