This year is the deadliest year ever in terms of mass shootings. In a political climate of polarization, it becomes harder to suss out legitimate information from the misinformation propagated by those with political agendas. Complicating this more is the continual resistance of 2nd amendment advocates to allow for political talk surrounding these massacres. This will involve political discussion to see if there are ways we can all agree might be good ways to prevent mass shootings.

This discussion should involve the details of any current, or future mass shooting, and how they compare to past mass shootings. How are they the same? How are they different? Do gun laws have an impact? Does the race of the shooter affect how we treat them? What makes one a hate crime and one an act or terrorism? Are these shootings the price of freedom?

she didn't have a gun so I'm questioning what she means by "kind of prepared".

Only so long as that girl isn't able to vote once she's an adult.

I'm stealing this. Thank you.

Lego to gunmaker: Stop making a Glock that looks like our toys

And yes, this is a real gun that shoots real bullets that kill real kids. 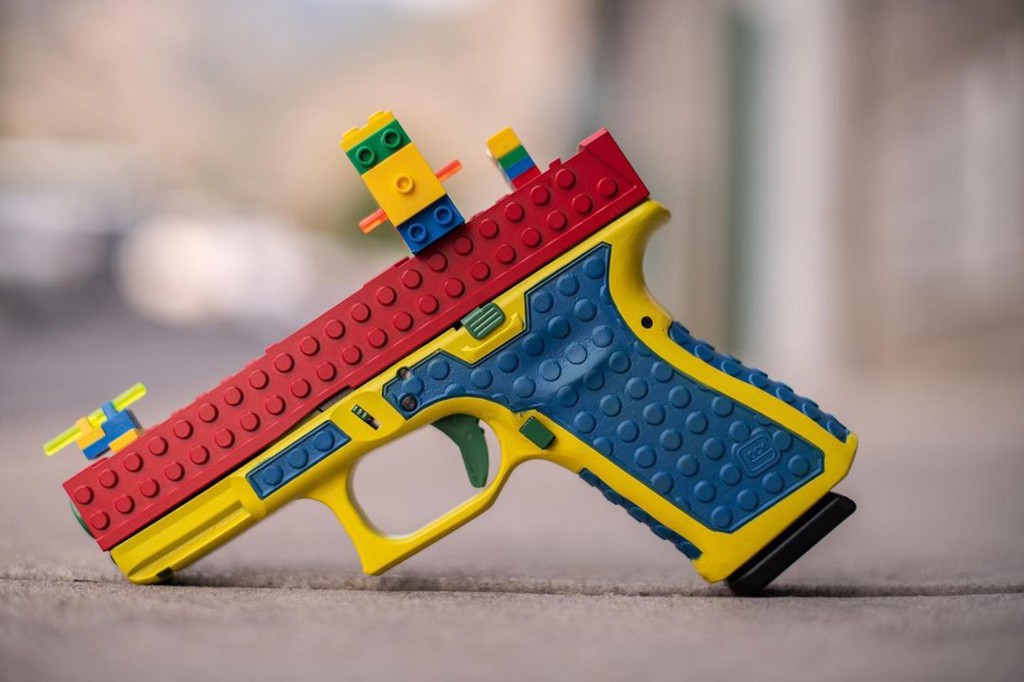 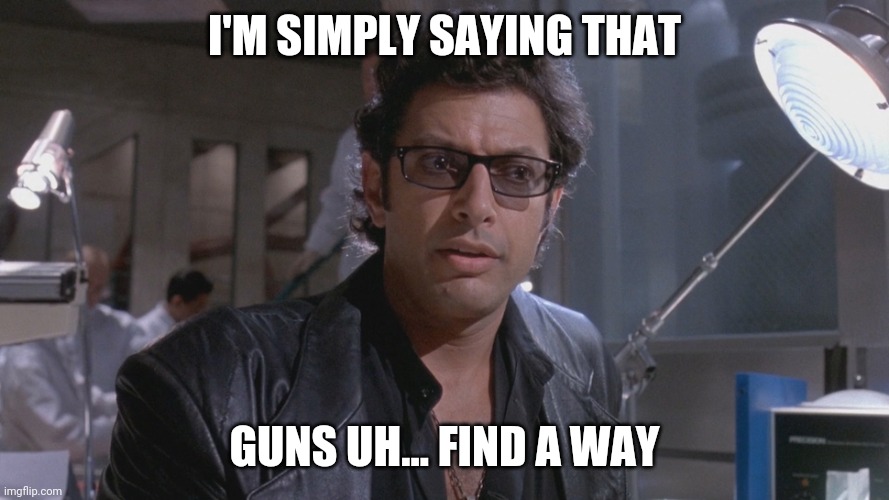 Lego to gunmaker: Stop making a Glock that looks like our toys

Here's to hoping Lego sues the ever-loving sh*t about of Culper Precision and forces their company out of business just from the legal fees.

Paywalled, but if you can read the Times, it's interesting:

The lawsuit, filed in federal court in Massachusetts, was the first time that a national government has sued gun makers in the United States, officials said. The suit accuses the companies of actively facilitating the flow of weapons to powerful drug cartels, and fueling a traffic in which 70 percent of guns traced in Mexico are found to have come from the United States.

The government cited as an example three guns made by Colt that appear to directly target a Mexican audience, with Spanish nicknames and themes that resonate in Mexico. One of them, a special edition .38 pistol, is engraved with the face of the Mexican revolutionary hero Emiliano Zapata and a quote that has been attributed to him: “It is better to die standing than to live on your knees.”

The government argues in the lawsuit that American gunmakers knowingly facilitate the sale of arms to criminal groups in Mexico by marketing their wares in ways that appeal to drug traffickers and refusing to put responsible restrictions on sales.

Gunmakers sell to any distributor with a license, the suit says, “despite blazing red flags indicating that a gun dealer is conspiring with straw purchasers or others to traffic defendants’ guns into Mexico.”

But legal experts cast doubt on whether the Mexican government could convince the Massachusetts court that gunmakers had knowingly facilitated the sale of firearms to cartels or had engaged in illegal marketing. Selling to retailers who may have links to criminal groups isn’t necessarily a crime.

And it will be difficult to show that companies that put Mexican icons on their guns were trying to appeal to cartel hit men, the experts said.

“It’s perfectly legal to have Mexican revolutionary heroes on your gun,” said Eugene Volokh, a law professor at UCLA. “There’s no law that prohibits that.”

So we'll see where it goes - even if it's probably nowhere.

Thankfully we don't get many of these in the UK, however mass shooting (5 dead) in Plymouth yesterday. Police say it's not terrorist related, despite the fact he was in the streets shooting people.

The Guardian reporting that the Shooter had lost his firearms license in December and the Police had just recently restored it.

After the last U.K. mass shooting in 2010, the main recommendations were about how the police had failed to revoke that guys license. The Home Office changed its guidance on licensing but the law didn’t change. Gun licenses here are kind of rare and the legislation is not super clear. Police are going to be under a lot of scrutiny for this process fail.

Not a mass shooting, so far only one reported injured. But still, school shooting today in Winston Salem, NC. Mount Tabor High School. 3 miles from my house. Damn.

And that's the second in NC this week. New Hanover HS in Wilmington had one Monday. Two students got into a fight and one pulled a gun.

Maybe we should keep virtual school?

OG_slinger
Posted: September 3, 1:27 AM
Because Good is Dumb

Imagine being such as soulless motherf*cker that you want to dig up dirt on murdered five- and six-year-olds as a way to gain negotiating leverage over grieving parents.

Gun company Remington has subpoenaed the report cards, attendance records, and disciplinary records of five kindergarten and first grade students murdered in the Sandy Hook Elementary School shooting, according to new court filings in a civil lawsuit filed against the company.

“In mid-July, the defense served a subpoena on the Newton Public School District seeking: ‘Any and all educational records in your possession including but not limited to, application and admission paperwork, attendance records, transcripts, report cards, disciplinary records, correspondence and any and all other educational information and records pertaining to’ each of the five first-graders whose Estates are plaintiffs in this case,” according to the motion filed today that sought to protect the victims’ families from further subpoenas. “There is no conceivable way that these [records] will assist Remington in its defense, and the plaintiffs do not understand why Remington would invade the families’ privacy with such a request. Nonetheless, this personal and private information has been produced to Remington.”

In addition, Remington subpoenaed employment records of four teachers who were killed in the shooting, in which a total of 20 children and six adults died. Some of the parents of the Sandy Hook victims have been suing the weapons manufacturer since 2014, alleging that the gun manufacturer advertised its line of semi-automatic weapons to civilians. Remington previously responded to a discovery request for its internal company communications by producing more than 18,000 unsorted files containing memes, cartoons, and ice bucket challenge videos.

I think the Texas GOP and the Supreme Court just laid out exactly how to stop gun violence today. In blue states anyway.

No, that's not what conservatives want. This is a entirely partisan court, they'll just site "originalism" or whatever.

No, that's not what conservatives want. This is a entirely partisan court, they'll just site "originalism" or whatever.

They won't cite anything. They'll just release another one-paragraph statement in the dead of night.

He even tried to take a cops gun after being arrested. The exact thing they usually use as an excuse for murdering black folks.

Chumpy_McChump
Posted: September 7, 10:24 AM
Not a mistake, an evolution!

He has… virtually no criminal history.

He has… virtually no criminal history.

This reminded me of an interesting bit I heard on the radio about the dangers of drawing conclusions from using proxy data. Wish I could find it again, but one of the examples was we use arrests as a proxy for crime and end up forming a biased conclusion. 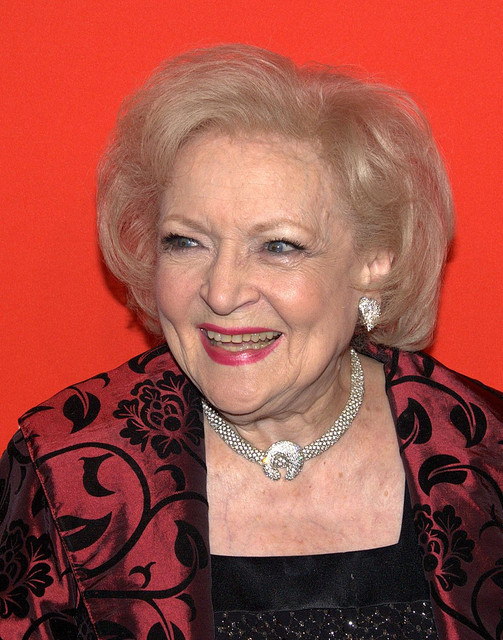 I'm somewhat surprised the reports and records were produced by the school as school records of murdered children so young are irrelevant in Remington defending a claim for damages in respect of the children's lost lives.

School records might be relevant on claims for compensation when trying to establish future loss of earnings but at that age nobody can reliably predict a child's future so the custom at least in Australian law is to fix damages at a lump sum allowance.

I don't know, perhaps US law is different.

Mass shooting prevented? Two Florida middle school kids were taken in and charged for plotting a mass shooting at their school.
NRA Kids

The cops found maps of the school and apparently the kids have been telling other kids of their desire to shoot up the school. The other kids probably not wanting to be murdered told on them. Their family has issues because the police have been called to their home 80 times.