It had me giggling (and not all that focused on Mortal Shell, I’ll own up to that). Also appreciated the encore 36 minutes in. ^^ (In short, Chewie sounds too cute)

Regarding Hardspace Shipbreaker (which I also called Hardship Spacebreaker and Hardbreak Spaceship in my head before I finally got it right), the premise kinda gave me a Firefly vibe with that whole salvage premise. I’ll admit, I’m intrigued!

I’ll be skipping this console generation (as I’m not really a console player), but it’s fascinating to hear what’s to come!

I have to say though, I fiercely disagree with Alan’s statement that the adventure game genre has been “dead for 20 years”. You’d literally just mentioned Telltale! Dormant? Debatable, but perhaps. Not as widespread? For sure. But dead? Really?! =/

If anyone wants in on a Gamers With Subs Subterfuge game...

I half expected at the beginning for Amanda to say, "With that being said, let's get this f*cking show started."

Been listening to this podcast for a lot of years now. And this comment literally doesn't add anything of value, but for some reason every since i finished this episode 3 hours ago. There is this tiny thing in the back of my head nagging me about the tone of this episode.

Usually its very positive and fair with critique. But i honestly felt like there was a lot of unnecessary turd flinging going on.

As i already wrote this adds nothing, but i had to get it out of my system. Was just a downer to listen to.... maybe its just the situation going on around the world right now that makes me a bit more susceptible to negativity.

Daniel, I find your comment absolutely baffling. How could find this episode full of "turd flinging" when the podcast spent a lot of time saying that the market is growing, the consoles aren't competing with each other anymore and basically "everyone wins" in this scenario?! I'm starting to wonder if we listened to the same show.

Usually its very positive and fair with critique. But i honestly felt like there was a lot of unnecessary turd flinging going on.

I feel like the crew was quick to pile on Microsoft. XBox doesn’t matter there is only Game Pass, was the subtext. And they were very critical of the Halo Infinite demo, but so was pretty much everyone else.

And maybe the bluer-than-usual language affected the way you perceived their tone.

I’m fine with a slightly harsher tone when it comes time for spicy hot takes and prognostications.

TheGameguru
Posted: August 1, 3:10 PM
Here to save you all

I get this is a relatively higher end games forum and podcast but it was disappointing to see the crew do the same arrogant take that many seem to do when it comes to Microsoft and their Xbox Strategy. Not everyone has or can afford a $1000-$1500 gaming PC.

So many families will jump on the opportunity to spend $400 on a console and $15 a month for a huge library of games for their family to pay.

Additionally so many games are cross platform we are literally talking about how 4-5 first party games a year is basically all anyone should care about ever. The rest of the gaming world should just pack up and quit.

I'd agree there was a bit more harsh criticism, and, with the state of the world and everybody's emotional states (myself included), this episode may have come across a bit negative. But if that's what the hosts were feeling, then that's okay. I'd rather they not feel it necessary to sugar coat everything and only discuss positives. In general, I think they do a great job focusing on things they like instead of pooping on games all the time. It's okay to be critical. It's not okay to constantly complain about our shared passion.

Personally, I think the excitement over what Microsoft is trying to achieve with Game Pass was the key take home. And when everybody spent some time to reflect on all the games coming to each console, it seemed like there was a lot of enthusiasm about all the really cool games coming. (:

So many families will jump on the opportunity to spend $400 on a console and $15 a month for a huge library of games for their family to pay.

Additionally so many games are cross platform we are literally talking about how 4-5 first party games a year is basically all anyone should care about ever. The rest of the gaming world should just pack up and quit.

Microsoft is nailing it with value propositions. Their All Access program is excellent. Most recently it was $25/mo for 24 months for Xbox One X and included Game Pass Ultimate. That's a total of $600 spread out over 2 years, as opposed to $500 up front for the One X + $15/mo recurring for Ultimate. There are a ton of families that can't afford a big lump like that (let alone >$1000 for a gaming PC!), so being able to cut that down to only $25/mo is huge. I'm hoping they offer the exact same thing with the Series X.

Also, as TheGameguru mentioned in the Xbox One thread, the Sony exclusives advantage is perhaps a bit overstated. Looking at the GWJ Games of The Decade thread, they do pop up frequently on top 10's, but they are hardly the only games people rank as the best games. I've got a huge backlog of all the Sony exclusives, yet I'm finding myself drawn towards other games instead. /shrug

TheGameguru
Posted: August 1, 6:14 PM
Here to save you all

Not to mention the biggest selling games are typically the 3rd party cross platform games. First Party games can sell well but for the most part aren’t going to do much beyond sell consoles. Microsoft has long figured out that selling consoles one time to a customer isn’t going to move the needle for the #2 company in the world. Sony needs the PlayStation brand to be #1 but Microsoft needs the Xbox brand to make serious money to move the needle there. The way to do that is convert people to subscription models.

My hot take is that, once again, Microsoft is trying to have it both ways. They want to have the most powerful gaming console for the new generation, but also be sure that everyone is able to play all of the newest games on older hardware.

Guru is right in that an Xbox with GamePass offers families an amazing value, but then there is no surprise that Microsoft is getting skewered about the "Next Gen" of games because the newest games have to also run on older hardware. If I were still on a limited budget with younger kids, I would want to buy the cheapest Xbox with GamePass. Consoles are becoming more and more like phones now and I don't think there is an immediate need to upgrade until the newest games are unable to run on older consoles at all.

Plus, as usual, Microsoft's message is so confounding that they should be trumpeting the fact that they are becoming the "Netflix of Games" instead of "we have moar flippity flops."

It remains to be seen if both Sony and Microsoft can justify upgrading to a new console at launch. Sony has some exclusives that may sweeten the deal even though some of them would probably run just fine on a PS4, such as Spider-Man: Miles Morales. Since both companies put out mid-cycle upgrades last gen, there will likely be less of a rush to upgrade asap for most users.

TheGameguru
Posted: August 2, 5:45 PM
Here to save you all

I think Microsoft gets that which is why we should see a lower priced Series X as well that probably is equal or a little faster than the current One X.

I should be fair. One person on the podcast (not sure who) did at least call out that not everyone can afford a gaming PC and that Microsoft is pushing the console and game pass as an attractive alternative.

Sorry folks I didn't stand up for X-box. I still think some parts of their presentation left something to be desired. I am excited for quite a few more titles there than the PS5, and look forward to having a functioning Microsoft service again. The Series X won out for me between the two as this will be a better investment long-term with a fantastic service for when this pc starts to become obsolete by gaming standards. I'm also a big fan of the monolith look

I know a few folks still here can afford high-end stuff, but that's not the case for many of us anymore (as more talk of mid-to-lower priced games may suggest). Two of the people on this week work multiple jobs to make ends meet. I make minimum wage, lucky to be stuck in a quarantine-friendly job. My PC was mostly by generous donation so I could do said job while doing GWJ. To be honest, I can't afford both systems. Probably can't afford even the one, but I'll try to put some away anyway and hope I can get something in a timely manner for the show?

The selection of games shown for XBox were more to my preference, as well. I know we didn't give them much time, but I'm really excited for Fable and Avowed. Tell Me Why, Everwild, and As Dusk Falls also on the wish list.

Thanks for the feedback. It's good to be aware of how things can be read sometimes.

My other Subterfuge match has concluded. So I'm going to put out another call to fill this game up. Happy to walk new players through the game as well - low stakes casual game!

That said, please bear in mind the golden rule of Subterfuge: 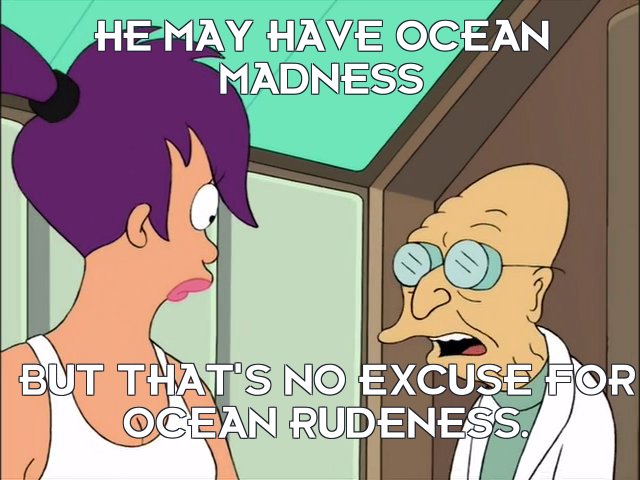