Where was Certis for the Star Wars discussion?? Of all the times to be meditating for 6 months!?!

With Demi hosting you all rewrote Star Wars canon and rewrote everybody's childhood!

Cory's "Planet Zoo" segway. The Dad jokes are strong with this one.

Sean Sands with Path of Exlie: 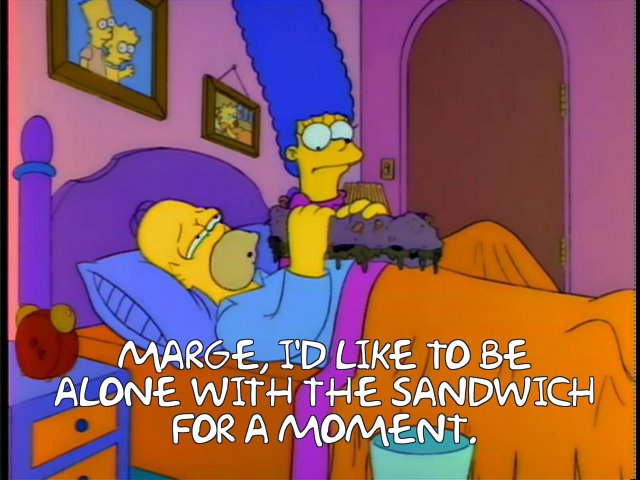 I like this new animated/illustrated version of the CC

Some game setpieces that I found particularly memorable:

1. The university in Jagged Alliance 2. The local you have with you makes a mention of how the queen "shut it down." What you discover as you move through the map is that her idea of "shut down" isn't chained doors and fencing. The classrooms are full of bloodstains and unexploded ordinance. It's very clear that shutting the university down involved a massacre.

2. The fishing village mission with the Chryssalids from the original Firaxis XCOM. Finding that whale corpse full of Chryssalids was about the most terrifying thing I've ever run across in a strategy game.

3. The Shen's Last Gift mission in XCOM 2. The maps were interesting, having to conserve resources long-term was interesting, JULIAN was hilarious.

4. I suppose this is more of a moment than a set piece, but entering the attic in Gone Home. I wholly expected to find something so much worse than I did.

5. The derelict Reaper in Mass Effect 2. Breaking Jack out of prison in the same game. Or Horizon. Or meeting Aria on Omega. There were so many of them.

6. The territory controlled by Valraven in Hellblade: Senua's sacrifice with all the illusion doors.

7. The entire dungeon under Caed Nua in Pillars of Eternity. Winding around that massive buried statue as you work your way down was amazing.

8. There's a bit in Half-Life 2 where you pick your way across a ruined bridge as a gunship stalks you. The sounds of the bullets hammering the steel frame of the bridge made the scene almost as much as the visuals or situation.

9. Paradise City in Burnout Paradise. Like, all of it. The whole city. If I have to pick just one section, it's got to be the mountains on the western edge of the map.

10. The opening beach and Cyseal in Divinity: Original Sin. Both just a beautiful environment and such a great tutorial for how the rest of the game will go - when you put that burning ship out with the rain scroll you'd just picked up without having to navigate any dialog trees or anything, it really set the tone.

11. There's a boss battle in Mark of the Ninja where you stalk and kill a badass mercenary type who is SCARED OUT OF HIS MIND of the ninja that won't come and fight him in the open.

12. The beginning of Bastion where the game first demonstrates just how versatile the narrator is. "Kid just raged for a while."

13. The haunted house in Vampire: The Masquerade: Bloodlines. 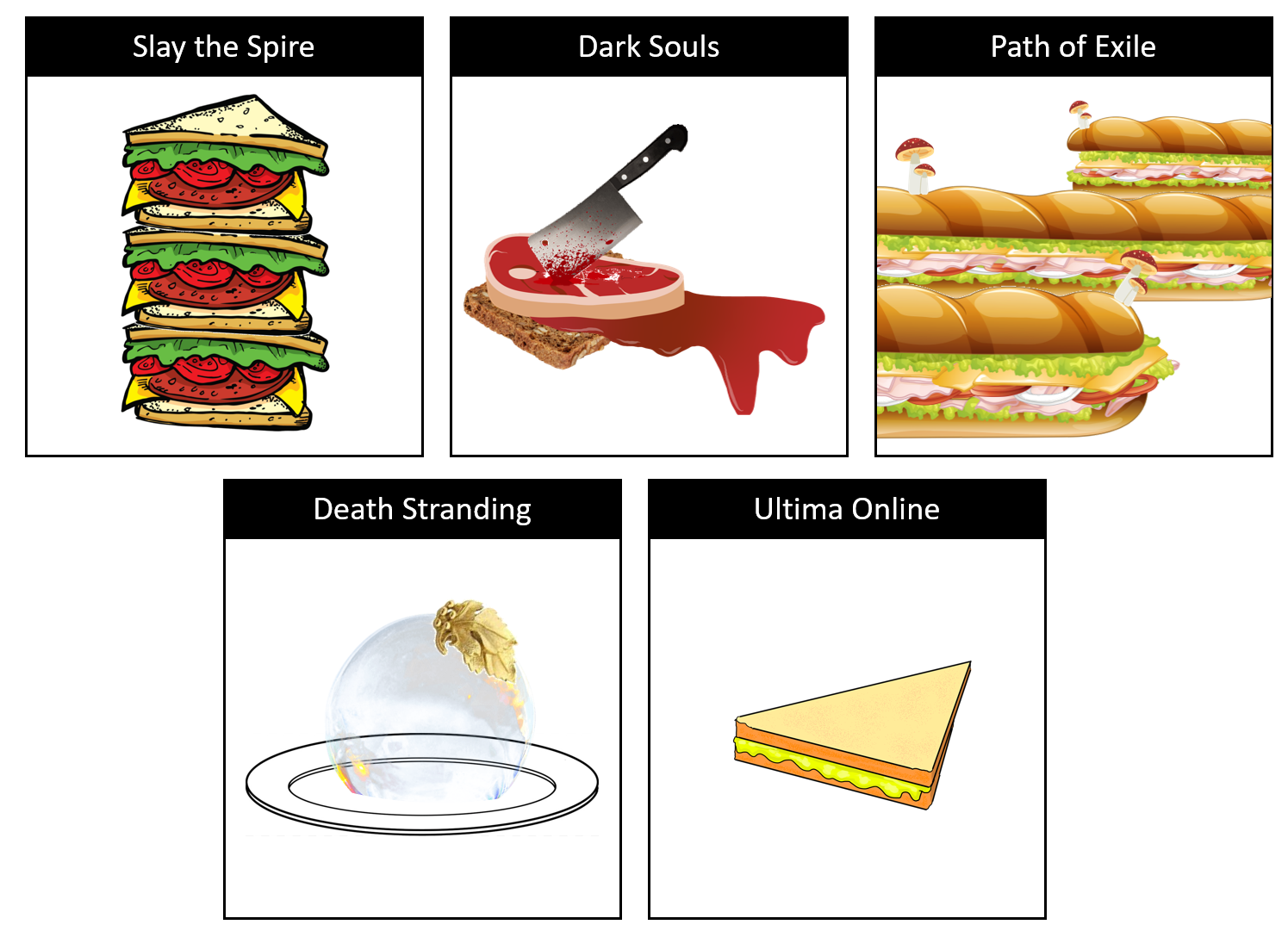 This is the content I crave, staygold. You are now and forever my Ride Or Die.

So I'm two minutes and six seconds in, and I just had to come in and post this. What a beautiful train wreck of opening. XD

The run through a tumbling, crashing spaceship was from Jedi Knight. Oddly, I remember reading about it but I don't remember playing it. I know I finished the game, but I had convinced myself it was in the expansion, which I haven't played. So thanks, memory, just lie to me some more.

Or the White Forest Inn in Half-Life 2 Episode 2:

Funny thing about this list. Maybe it's nostalgia, but I thought of these before I thought of anything in the past several years (though I can't argue with Titanfall 2 and Battlefield 1 which were mentioned on the call). When you say, "setpieces," I think of shooty shooty FPS games, and I played more of those in the 00s than I do now.

This is my favorite thing ever.

Great British Bake-off, but for games.

Your sandwiches were spot on except for Dark Souls, which is clearly a raw tuna poke sandwich. On pumpernickel. Slathered with wasabi.

What do you mean you don't like it? You must be Eating It Wrong (tm).

No, no, it's supposed to hurt. Keep eating. It doesn't get good until the third sandwich.

Your sandwiches were spot on except for Dark Souls, which is clearly a raw tuna poke sandwich. On pumpernickel. Slathered with wasabi.

What do you mean you don't like it? You must be Eating It Wrong (tm).

No, no, it's supposed to hurt. Keep eating. It doesn't get good until the third sandwich.

I feel both acknowledged and attacked at the same time, and frankly it feels nice.

Speaking of Dark Souls. One of my favourite set pieces is Ornstein and Smough. It’s an incredible European cathedral interior, ’ok this is a boss room,‘ style space with huge stone columns that get demolished through the course of the fight. Ornstein and Smough themselves are an odd and glorious pairing. One smaller with a spear and dressed in fox faced golden armour, the other a strangely proportion giant, also in golden armour and wielding a massive, broad headed hammer. Like most things in From games, just the look of the pair suggests a rich history both personal and general. Their introductory cut scene is accompanied by the chilling realisation that you are going to have to fight both of these characters at the same time. The cherry on the wasabi cake being the fact that, once you kill one or the other boss, the other draws energy from his friends corpse in order to become extra powerful.

The bell tower gargoyles are fantastic in the same way.

I concur with the Halo series having many awe inspiring set pieces and that the area of Majula is one of the most incredible spaces in the Dark Souls series which is almost entirely down to the gorgeous music.

LastSurprise
Posted: November 25, 1:38 AM
Thou hast acquired a new tag

When thinking of a great set-piece, I immediately thought of the beginning of Dragon Age II, where Varric tells the tale of Hawke's escape from the Blight, which you get to play as an overpowered killer. Then Cassandra calls BS and you have to replay it again as a level 1 character, struggling to survive. I loved that setup, it did such a great job teaching mechanics while teasing future abilities, and also setting the stakes.