I am quite surprised, but it's also a totally good pick.

not only that, but all the top six in voting not named Messi or Ronaldo are Liverpool players:

edit: (also, you add Messi and Ronaldo's votes together and van Dijk still has em beat)

How does voting work. Virgil is deserving but... 4/6 Liverpool seems a tad silly. 0 representation from City Ajax and I hate to say it Spurs is head scratching.

Sounds like the jury members give their list of top three players with 5 points going to first place, 2 to second and 1 to third.

Rounding out the top 10, in case anyone's interested and too lazy to click through to the wiki article:

Bernardo Silva should've been there.

Spurs have an accessible group in theory. They do like to surprise us fans.
Borussia is in a tough one, but still very much possible.
Benfica didn't get lucky. The supposedly lower ranking teams (Lyon and Leipzig) are to me best ones in the group.

Porto and Sporting got easy draws. Braga is in a tough one and Vitória should just call it quits before they embarrass themselves.

A lot of wolf teams in one of the groups.

re: the draw, this was pretty funny

It’s the 4th game of the season. It’s mental that you can already tell OGS and Lampard won’t be the managers of their teams by Christmas, Watford and Newcastle are already in a relegation dogfight (along with Aston Villa) and Liverpool and Man City are lightyears ahead of everybody else.

Salah needs to remember how to pass the ball though. I’d imagine Mane is going to give him a earful about that.

OGS, definitely. Lampard might get a longer leash, based on CL results.

Meanwhile, Neymar won't be leaving PSG in this window. I'm sure he and PSG will handle anther year together with maturity.

Well you disappointed not to win after being up 2-0, but if you'd offered me the away draw before the game started, I might have taken it.

Yeah, super fun match to watch. I feel like Arsenal won 2-2. Totenham are so efficient with their shots though, and that's a big part of it.

Some real gems in the Guardian's weekend photo wrapup. 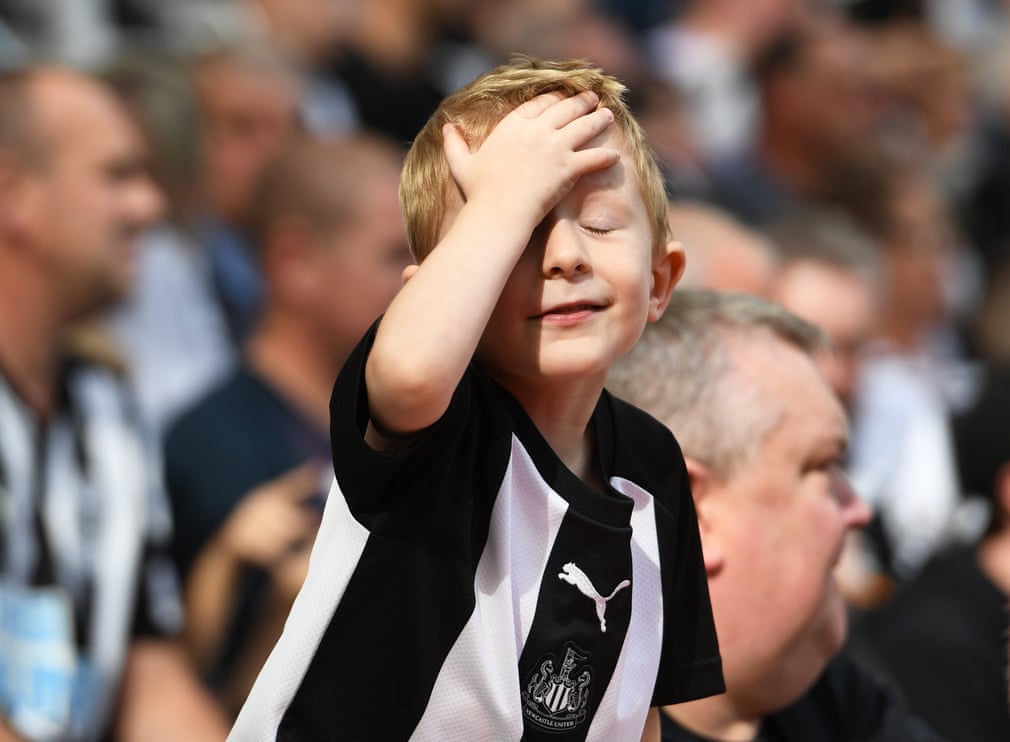 He's young, but he already gets it.

Update on the Anderlecht/Kompany situation:

Last week, we lost 1-0 to reigning champion Genk in another schizophrenic performance: dominating in the first half, disappearing in the second. Kompany sustained a hamstring injury that will keep him off the pitch for a few weeks to boot.

But all in all, Anderlecht fans remain patient, even optimistic. More than a thousand fans showed up for the open training last week. Goes to show that no, supporters do not only care about results in the end. The results vs playing with flair dichotomy is a false one. We became champions a few seasons ago with Rene Weiler's cynical and defensive approach, but the only proud moment for me as a fan was when we kept Man U to a 1-1 draw in both legs of the Europa League quarter finals.

So this weekend, we finally beat old rivals Standard de Liège 1-0. A bit of the luck that was lacking in the previous games got us through, but we finally won a game. With Kompany high in the business seats, but half of the team home-growns. The stadium celebrated like we just won the title, and admittedly I felt elated as well.

The next few games, after the international break, will be tough against league favorites and that other rival Club Brugge. At least we'll probably recover some injured players, but it's going to be hard still.

Real Madrid signed Alphonse Areola on loan. I hope he understands that he wasn't trending on Twitter for the reasons he probably wishes he was.

I saw it. Following international soccer has made it very clear to me that racism is a global problem.

The explanation was a bit hard to follow, but I think it amounted to "our racist behavior isn't actually racist because it's not motivated by racism", which is, as you say, some next-level 'splaining.

I wouldn't go that far but ya if you go back to the puttering finish of last year Spurs are going to be in a race for 4th. For all the time they were in the title race people keep easily forgetting they actually finished 4th by 1 point.

I think the pundits are to eager to declare a non obvious team like Leicester. If anything Spurs probably finish in the top 4 and it's Arsenal who might replace Chelsea.

Eriksen staying is a boost but if he walks next year the financial impact is real. They pragmatically sold Trippier but already missed the depth when they had to play Sanchez at right back. If anything Alderweireld maybe should been the one to go.

No one forgot how Spurs started the season in great form and ended with a whimper. That's what happens when you have a short bench and decide to focus on the Champions League.

I don't think still having Eriksen is a boost at all. Have you see how he's playing? It's clear he wants to be in another team. And I don't think he's the only one.

I'd mentioned it before, but my adoptive home town has a professional footy team now.

The season is drawing to a close (tonight is the penultimate home game), and we find ourselves just barely hanging on to fourth place - which, in USL League One, would qualify us for the playoffs.

Not bad for a newly-formed team - but the atmosphere at the games is simply phenomenal - anybody who finds themselves in Madison during the summer should definitely come to a game. I'll buy the beer. 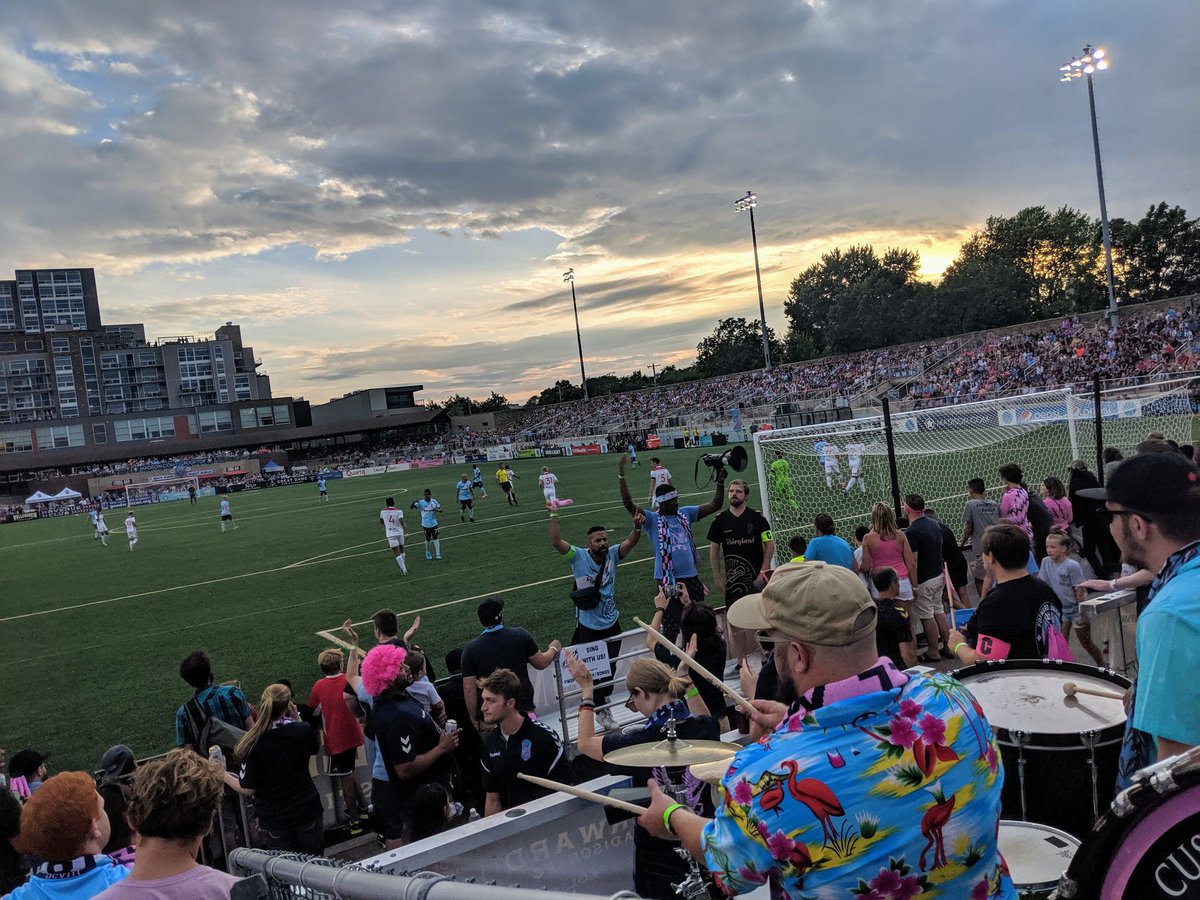 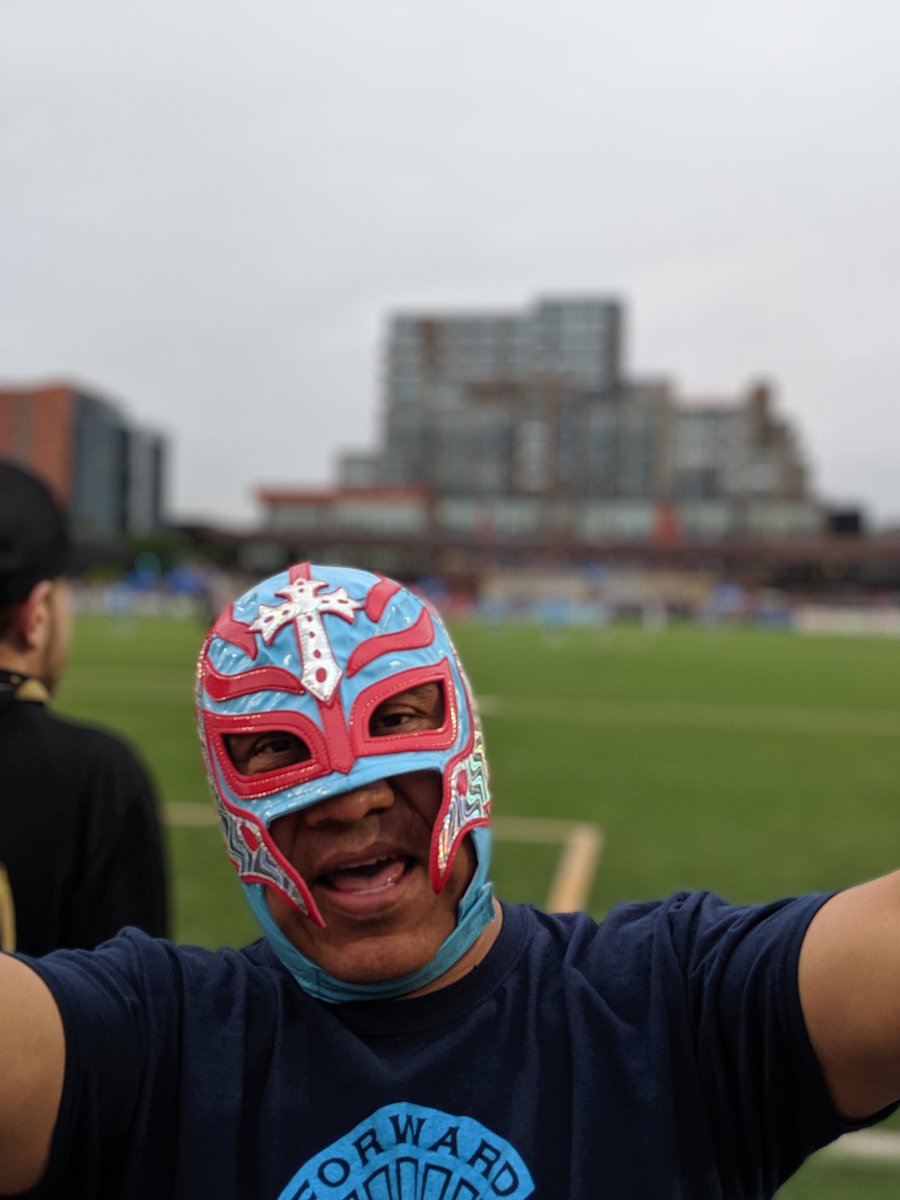 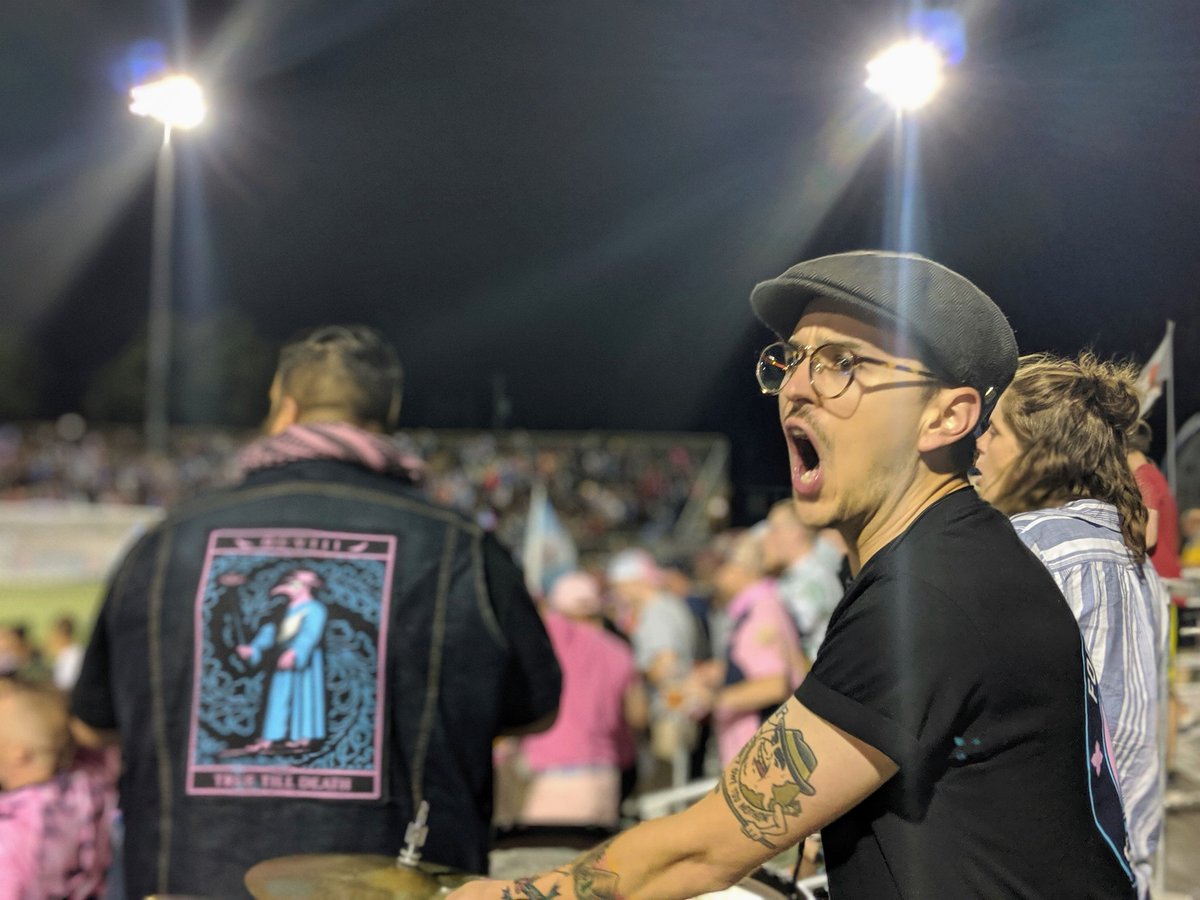 American soccer crowds have really done a bang-up job of taking bits and pieces of supporter culture from across the globe (alright, mostly Europe) and making their own thing out of it (without, y'know, acting like Catania/Inter fans). It's pretty cool.

I do wish we picked up some of the English's gallows humor though:

My favorite was back in the 2015-16 season. Saints were riding high (finished 6 that year) and were playing Villa in the waning days of the season. Villa couldn't score a goal if their lives depended on it that year.

Saints were winning away like three or four nil. Villa scores one -- and the next thing I hear is a song that was essentially, "Aston Villa has scored. How sh*t are you?"

Despite going a goal down in the first 35 seconds, England are now 5-1 up against Kosovo in the Euro Championship qualifier.

It’s not even the end of the first half yet.

EDIT: Hmmmm, 10 minutes into the second half and Kosovo have pulled 2 goals back. Now 5-3. Slightly bonkers game really.

Saw a tweet during the match describing the England MNT as being the front half of a Lamborghini with the back half of a Lada.

I think Ronaldo is just going to out last him.

If the National team let's him Ronaldo might play until he's 40.

I'll concede peak Messi was probably more devastating but it will all get fudged in memory 10 years from now.

Did you see his second goal? The keeper got real bad luck on that one. If not for that, the game could've easily ended on a draw.

This sucks (though at least I didn't put him on my fantasy team this year):