Anno 1800, The Division 2, Imperator: Rome, Oxygen Not Included, Historical Landmarks in Games, Your Emails and More!

This week Sean Sands, Allen Cook and Julian Murdoch are joined by David Heron to talk about landmarks and going places in games.

Great episode. Thanks all!

My father couldn't be a pilot during WW2 because he's colour blind. There are many occasions when his colourblindness makes itself apparent (like the occasion when he kept asking me if the pale pink flowers on different plants were blue. He sounded very confident when he showed me yet another potted plant, "This one's definitely blue though right?" I looked at it and said, "Nope. That one's pink as well.") His colour blindness was starkly in evidence was when during the World Cup (and sorry if I've posted this before) he had trouble distinguishing the Dutch teams kit against the green grass. 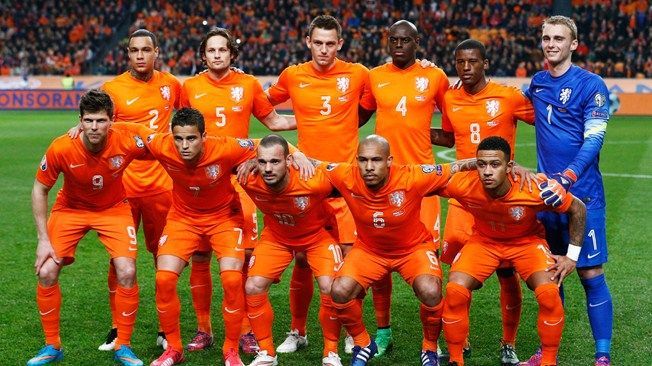 The question about video-gamey abilities was great. It reminded me of a post by TheHarpoMarxist in the Anthem thread, and of a similar observation by a Kotaku writer. Surely the most common, unrealistic, and practical video game power is the one a freelancer uses to get paid on time, every time.

I was listening to the"super power" topic while driving to work on the Garden State Parkway, so the first thing that came to mind was "fast travel". Apparently I was not the only one who wants that.

I want to be able to save-scum in real life.

Imagine being able to learn from your mistakes and then go back and not make them.

Fast travel would be pretty handy as well. Although I suspect there would need to be some kind of regulation and a way to avoid clipping.

Videogame tourist is like "I'm in a Movie tourist", the real monuments, are crowded, busy, with long queues, not the ideal sight you have on a game.

There are also places you can't visit, watching Earth rises while sitting in Mun is a hell of a view, something a picture can't make justice and I guess watching it on the screen is nothing campared to being there, but I'll never be there.

Feeling the sand while on a horse, plating Battlefield 1 of course, is the closest I can be to being on the foot's of Lawrence of Arabia, and I'm okey with that, I wonder what technologies we'll have in 20 years that allows us to improve this kind of "tourism"

On the subject of game inspired tourism, I was in Nice, France last year with a spare day before travelling home and realised I was only a 30 minute train ride from Monaco. I was a massive Grand Prix and racing game fan in my youth, so the opportunity was too good to pass up. I ended up walking most of the lap (enough is pedestrianised that you can just about do it) and the nostalgia vibes were great! So many familiar backdrops to competition and high drama. I can thoroughly recommend a visit if you get the chance. Obviously, the dream would be to actually drive the course...

On the downside, I took a selfie at the Grand Hotel Hairpin with absolutely zero chill. Apologies for the dorkiness. 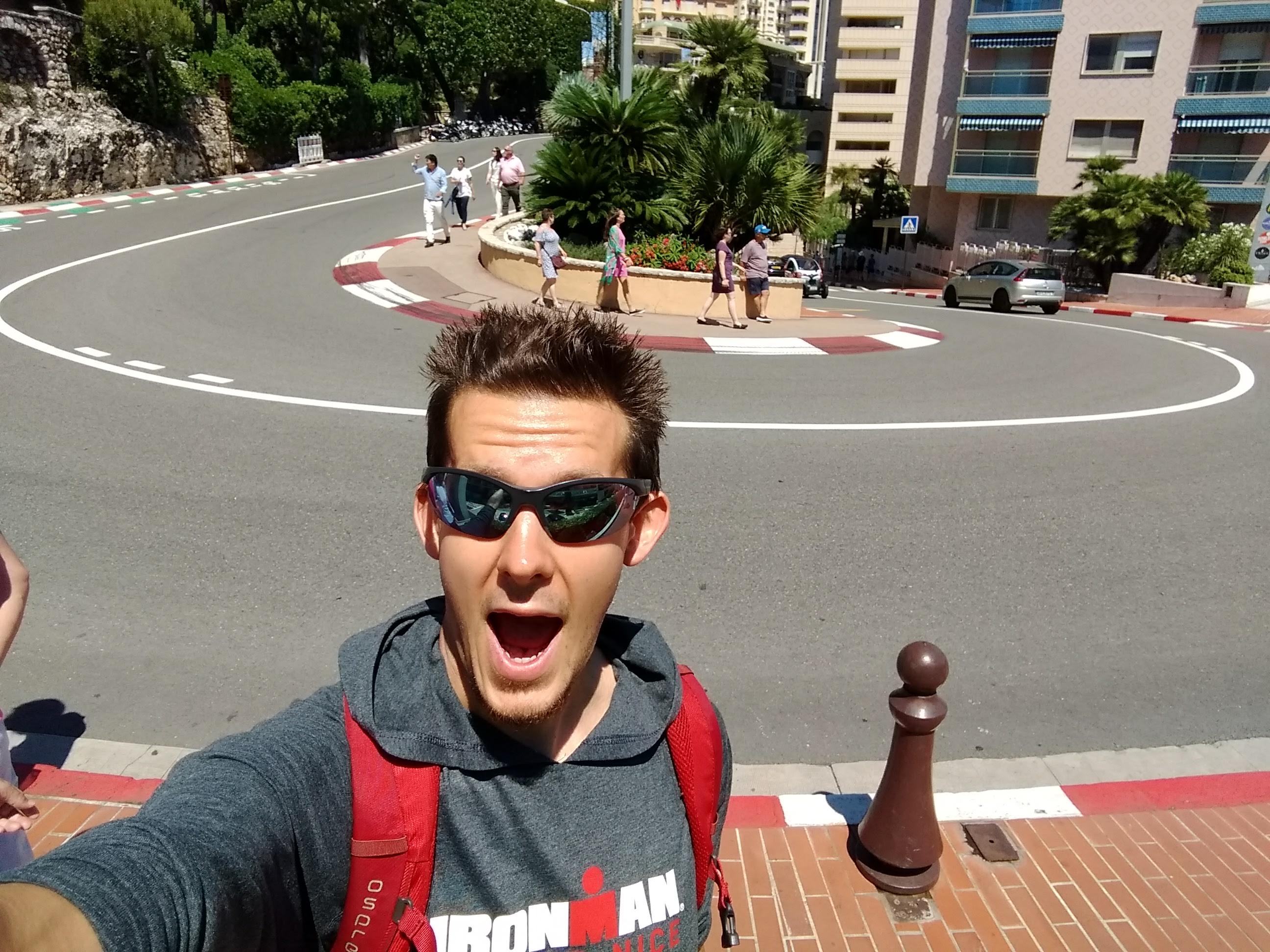 I sent this in as a email but it's probably too long to read. Although I think it would make for a good discussion background about the potential in cloud gaming like Stadia. I think it's hard for people without deep technical knowledge to actually appreciate the amount of limitations things like Stadia actually remove.

I was just listening to your reply to a email about Stadia and the potential for all games to be "MMOs" and I think you are missing some details.

The potential with services like Stadia is that you can in fact NOT do this with our current "big boxes at home" approach. It may seem counter intuitive but it's actually harder (and in cases impossible) to have thousands of players online and synchronize state between local PCs instead of streaming video.

The fundamental reason for this is that all games have local state which drives the local simulation of the game (eg position of a unit). You can't accurately update the state of all enteties in a game from a global server, so you need to synchronize some state and the locally simulate behavior from shared state.

But then you run into issues that you can't locally simulate things which have game play effects. Because you don't know if all clients will have the same simulation results. (In fact, you can be sure that they will not have the same result.) This means you can have an explosion that generates a lot of debris but those can't damage other units. Because if different players have different explosion simulations it may cause units to be damaged for some players but not others. (And as soon as that happens your game will be out of sync and the game will crash.)

This may sound like a small side effect but it has huge impact on what kinds of games you can make. It basically means physics and lighting can only be used for effects and not to drive game play.

With cloud gaming this could change. You can have games where all players share the same world state (because it's running on one machine) and then the game play is rendered individually for each user from this shared state. Given server network infrastructure (multi gigabit LAN and millisecond latency) this is possible.

Or to tie it into a different discussion you had about shared game tourism. You could have a game where you are a wizard in a shared Hogwarts environment where you can build things which are dynamically simulated. So unlike Fortnight or Minecraft where the additions are statically frozen once created, or statically animated. But you can't build something like a physically interactable seesaw.

On top of this there are a lot of implications for what you can do with pure visualizations as well with a shared rendering state. Individually animated characters that look the same for all players, regardless of local rendering power. Looking at players in the distance instead of just popping them in when they are close by, and stuff like that.

For those interested in some of these finicky details there is an interesting GDC talk about the creators of Deserts of Kharak and the work they did to make a multi player RTS work. It may not intuitively seem like an issue a slower RTS would have, but it's quite limiting in what you can do with gameplay and physics over a network even if you're not making a twitchy FPS.

The pronunciation of "Imperator" did this to my inner 16 year-old self who sat in Latin classes.

Conference Call: Imp-ER-a-tor
Latin as taught in England in the 90s: Imp-er-A-tor

Now I'm waiting for another IMP-per-a-KOTOR.

Latin as taught in England in the 90s: Imp-er-A-tor

This speaks to a higher calibre of schooling than I experienced in 90s England. We were mostly trying to avoid getting gang rushed.

Latin as taught in England in the 90s: Imp-er-A-tor

This speaks to a higher calibre of schooling than I experienced in 90s England. We were mostly trying to avoid getting gang rushed.

You have no idea. My school had peac*cks.

I think much has been made of both Ubisoft's Notre Dame scans, and the half a million Euros that they're donating to the construction. It's almost entirely dominating most of the video game feeds when they talk about the fire. The thing is, the Ubisoft scans of Notre Dame aren't the most accurate that were made, and Andrew Tallon's scans will probably be more useful for the reconstruction since they're significantly more accurate. Also, two other people in France, just between the two of them, pledged close to 300 million euros to the reconstruction effort. The Ubisoft donation is tiny by comparison. I have to go outside of the gaming press to really hear about either of those two facts though.

LastSurprise
Posted: May 7, 11:14 AM
Thou hast acquired a new tag

Fast travel would be pretty handy as well. Although I suspect there would need to be some kind of regulation and a way to avoid clipping.

I loved the idea of having a real-life skill tree, and that would probably be mine. But if I had a second choice: I’d love some quick-item slots. Or a gear swap button that let me instantly put on a suit.