Egosoft is back at it again. This time it looks like they are getting back to the core sim-side of X3 and everything before Rebirth, but keeping the first person capabilities. Looks pretty cool, but their releases usually take a bit of patching before reaching a good place, so I'd hold off on pre-orders.

Too early to say if they're getting back to their thing or still following that Rebirth detour, but I live in hope!

I did enjoy the "you can fly every ship in the game" statement. "I mean, yeah, why would you possibly think you couldn't do that? **cough**"

Well X3 worked out for you, because it was!

I, too, will be waiting to see if they can deliver. I got really into Terran Conflict around the time that Rebirth was announced so I bought that and, aside from the graphics upgrade, really didn't like it.

If I can have a dozen transports running around the galaxy making me money again like the old days I will be super happy.

I'm really glad to see they're still around after Rebirth.

X is a series I continually try to learn, but keep hitting walls and stop before anything truly interesting happens. I love the idea of it all, but it's so damn difficult to learn. I hope X4 eases players in, and they make the tutorials a little more robust.

Very excited to see where this goes.

I'm pretty excited about them actually closing the economy loop with ship/equipment creation.

For those poking their heads in that haven't followed the series:

The bottom and mid rungs of the economy all work based off of real supply in demand. The only cheat is that mines are infinite, never running out of ore. The raw resources are transported for higher and higher processing until they are used to build actual, player usable equipment: Weapons, Shields, Missiles, and Ammunition.

Other than the player purchasing those things for themselves/their navy, the demand for those goods is purely artificial. Equipment Docks eat those things at a constant rate, completely disconnected from spaceship spawning or any other in game effect. Their only purpose is to provide a sink to keep the economy moving.

In X4 those final goods are apparently not going to be eaten arbitrarily, but actually used to create and outfit NPC ships.

While it wasn't outright stated, I assume that in addition to Equipment being consumed to create NPC ships in shipyards, the creation of those NPC ships will either be impossible, or at least drastically reduced, without those supplies. This would make larger scale combat so much more interesting and rewarding for me. In principle I really liked the idea of the Albion War, but I never got involved because the scripting of a never ending conflict with infinite reinforcements on each side never appealed to me.

Same with fights with the other races. While X3 apparently made that a little more reasonable in that destroyed stations didn't simply respawn, but were just generated if the Supply/Demand in their area made since for a station to be created. That means that if you took out enough of the economy it would take a long time for the Stations to recover, but it didn't effect the ships! If you took out an M6 patrol, or even an M2, a few days later it would be back.

Actually being able to directly or indirectly contribute to wars of attrition that actually have a rationale flow and ebb is really exciting, and I am more than cautiously optimistic about it.

Based on the economy talk I am all set to take control of the energy market by any means necessary. In x3 I was all about building massive complexes and I made almost everything you could.

This might allow market manipulation and that sounds fun.

Color me interested, but they've got some work to do to win my heart away from Elite.

Well X3 worked out for you, because it was!

This is a confusing statement because it didn't match my reality.

BTW, every time I see Owen Lake come on the screen, all I can think of is "It's Moss from the IT Crowd!!"

Edit : The first 7 minutes is just the preview trailer from above. Then it gets to new stuff.

I like that guy. I'm more excited than I was based on his performance and the numerous explanations at what they were thinking when they changed a bunch of stuff in Rebirth.

Looking better and better!! I would not be surprised to see this come out before Star Citizen and accomplish a lot of what they are doing there. Regardless, a true successor to X3 (and something that washes the terrible Rebirth away) will be very very welcome.

They specifically call out in the video above that they spent a lot of time already on HOTAS setups. /happydance

They specifically call out in the video above that they spent a lot of time already on HOTAS setups. /happydance

Oh thank the heavens and 23 of the ten thousand hells.

Did anyone see this video they put out earlier this year? There's a large section about building space stations. Not just for yourself, but about the NPC generated stations that don't follow any specific blueprints the game creators made. Really interesting stuff here.

Looking better and better!! I would not be surprised to see this come out before Star Citizen and accomplish a lot of what they are doing there. Regardless, a true successor to X3 (and something that washes the terrible Rebirth away) will be very very welcome.

Well, I HOPE it arrives before Star Citizen. I would at least like my grandchildren to be able to play it.

X4 does look promising, though. Probably looking at 2019. At least that's something to look forward to in the genre.

Some new screenshots up ... i pulled up a particularly sweet one 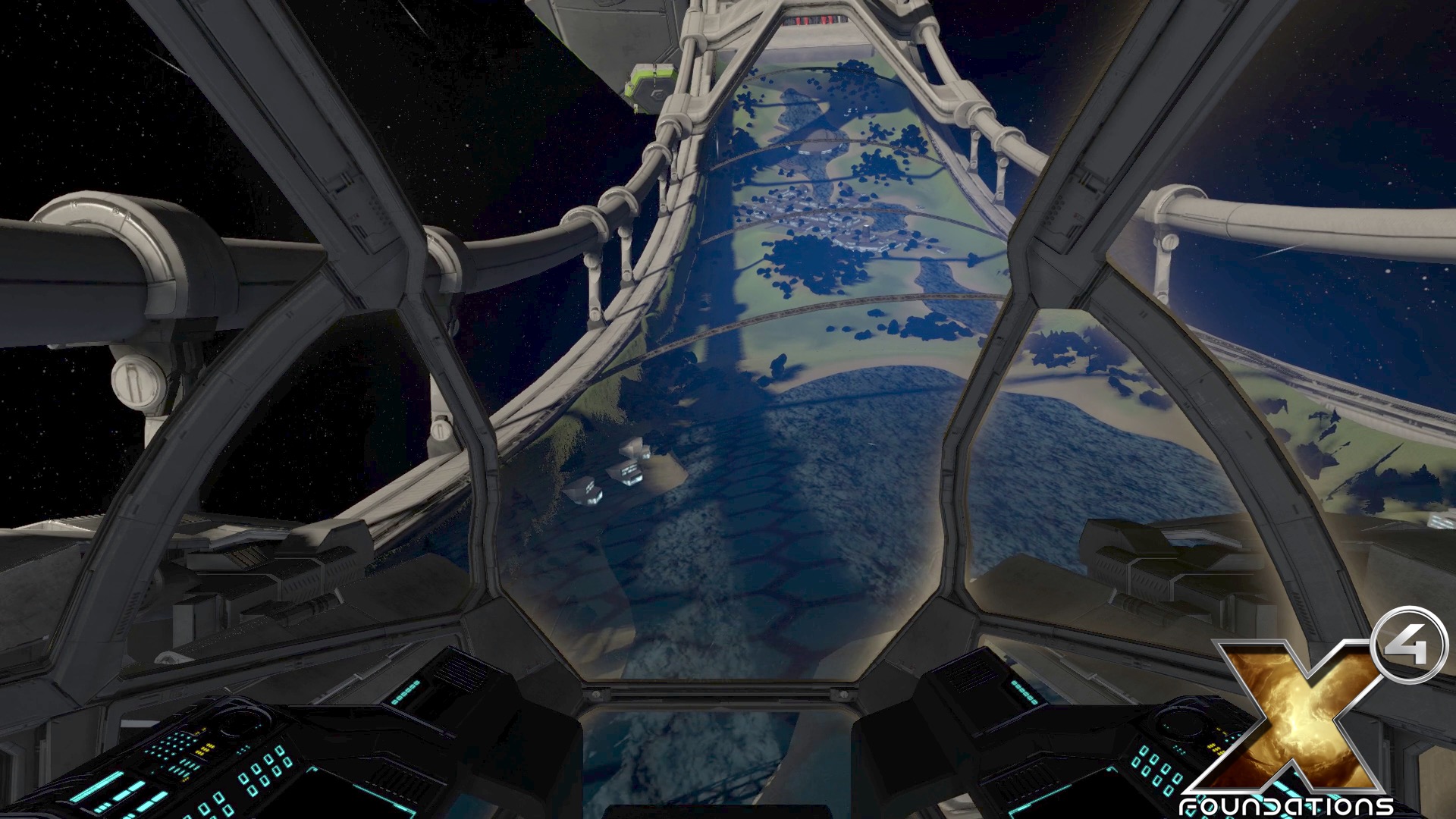 Hello gorgeous. Man I hope this game is good.

That station is actually either in X Rebirth as well, or there is one a lot like it. (The Teladi one). X Rebirth had it's issues, but a lack of pretty stations wasn't one of them.

I hope it turns out well!!

Was hoping for VR support. But I guess if they spend more time making sure it is better then the last one I can live without it.

Ok, it's about that time. Is the Collector's Edition worth it?

Ok, it's about that time. Is the Collector's Edition worth it?

Personally I bought it mainly because there are two expansions included. I can't imagine the expansions selling for less than the extra cost of the CE.

That being said, I really hope I don't regret pre-ordering this game. Something I never do. I had a lot of fun playing X3AP though.