Well, it seems that EA is starting to figure out what made video game hockey awesome before it listened to its simulation obsessed fans. Instead of trying to produce the most realistic hockey game, they seem to be trying to create the most fun game to play.

In addition to new decking and stick handling, as well as new defensive stick control, and in addition to the implementing the expansion draft in franchise mode, the biggest addition to the game is shrinking it down in a brand new mode based on the NHL's OT and All Star Game rules. 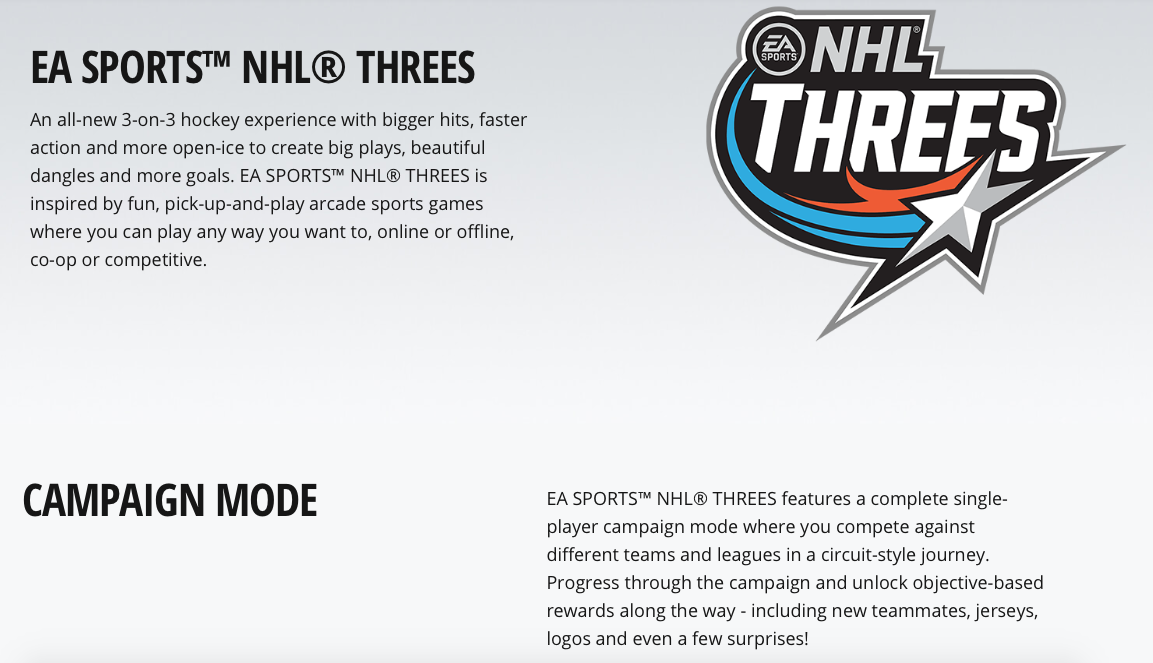 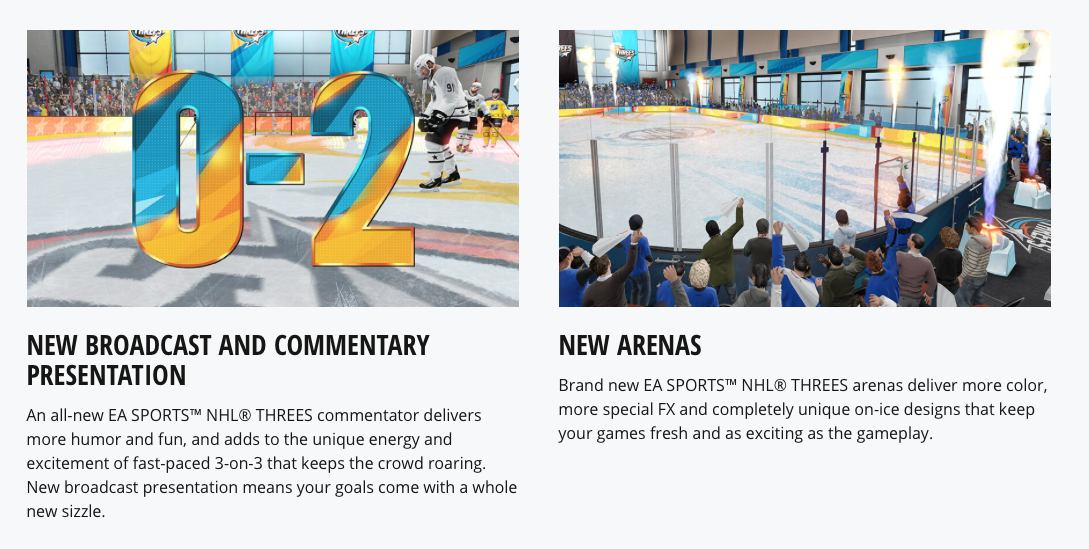 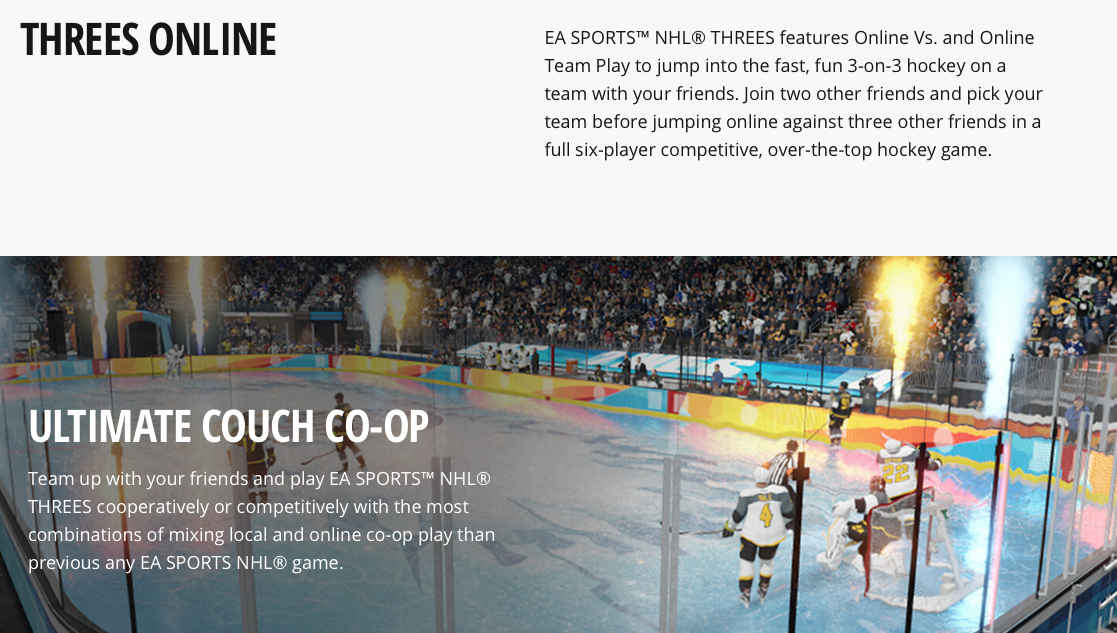 I still have not finished my NHL 2015 season.

I think the last time I cared about finishing a season in any sports game was 2010 or so. I played the entire Blues 82 game schedule, and got to the third round of the playoffs.

Now Ido the Play Now games and res around with Ultimate Team.

I think the 3 on 3 looks absolutely awesome. I loved the old Pond Hockey in NHL 2K6. I'm not sure we needed the whole production they have here, but it looks like a more fun way to play the game.

The reality is, it used to be that NHL video games were more popular than the NHL. Then came the move to make it realistic, which made it less fun for the average gamer. Real hockey doesn't translate to the video games so well. But the spirit of hockey, where speed, skill, and violence determines outcomes, is perfect for video games. My wife used to say that when I played hockey games it almost looked like a I was playing a bizarre version of Galaga.

The move to making sports games realistic squeezed out the arcade versions of games. What were are seeing now are developers reaching back into the arcade game of tricks too add more fun elements to sports games that have gotten continually less fun. Yes, a long season is a grind, and weathering that grind is what makes a champion. It doesn't necessarily sell a lot of video games.

I was probably going opt out this year. Actually, I was opting out last year, but they put Tarasenko on the cover, so I had to reward that with a purchase. But I have EA Access, and I can wait until the game hits the vault to play it. I'm pretty excited give the trial version a thorough workout, and I hope it makes me want to buy it now.

Well, it's July 25th and the beta is live. I got my code this afternoon, and two more codes for any non-Grinders.

Just played a bunch of offline Threes matches, and the mode is pretty fantastic. Basically, this is the best next gen version of NBA Jam, because it's better than any of the reboots or NBA Playgrounds in terms of fast, physical arcade sports games. It even has an NBA Jam-like PA announcer.

The player models and physics are realistic, although the mode seems to let penalties go, so interfere and trip up guys all you want. The only face-off is at the beginning of a period. After that, if you covert puck the other team gets it in their own zone to bring up.

I'm hoping that once more people get on I can get in some 3 vs 3 online games. Seriously, Threes may be the only mode I play in this version. It's just fun.

Ha! Well, I haven't even bought the game yet. I never finished the 10 hours on Early Access, so I figured I would wait. Been playing a lot more basketball, having actually bought both NBA Live 18 and NBA 2K18 this year. Plus, Madden still my go to sports game.

I will say that some guys over at Digital Sports Page are really enjoying the games improved AI. I may pick it up once there is a good sale. Or I will just wait for it to hit The Vault. But if the blues start playing well this year, I may get an itch sooner.

This game finally got down to a price (£20) where I was happy to pull the trigger. The last NHL game I played was great, but I felt my lack of knowledge about the sport hindered me. I've watch ice hockey and know plenty of the rules, but it is more the tactics of the game I am just clueless with. For example, I seem totally unable to correctly tackle anyone, I get near them and sort of just slide off away from them.

Is there any sort of basic advice to give a total novice to this?