Remember the silly way they killed John Malkovich in Con Air? I couldn't find that clip but I found Dave Chappelle as Pinball instead:

That Con Air one is great.

I was going to post a Sean Bean death real, but the main one is disturbing. Needs some comic music or something. So, I'll post this instead:

This one's dumb but has some great last words.

Dead Meat!
Tough to find clips of that movie so I can't find the scene where he actually bites it.
(As the girl is turned away from the crashing jet she comes face to face with a plate glass mirror.) 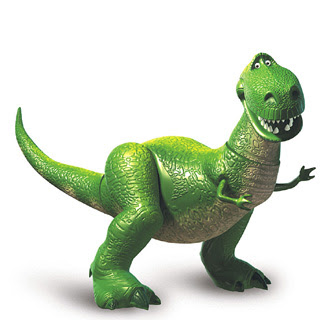 I need to stop watching cartoons with my son.

In a surprise twist Godzilla realizes he (her? I'm still not quite clear on Godzilla's gender) was the cause of World Poverty all along for rendering every city in the world unlivable with the constant fighting.

Godzilla vs. Sandor Clegane (The Mountain from Game of Thrones)

"The machines rose from the ashes of the nuclear fire. Their war to exterminate mankind had raged on for decades. But the final battle will not be fought with us. It will be fought with it... the monster... Godzilla."

Two things that cause terror in all Americans.

If we're going for a revival of one of his previous foes... That's a tough one.

Titanosaurus might actually make for a decent, believable rival come from the depths of the ocean. Mothra, Rodan, and Anguirus are obvious go-to's for being some of the more iconic monsters that were also from Earth. There are also some minor ones like Kumonga (giant spider) and Kamacuras (giant mantis) that audiences might be able to swallow more easily.

But truth told, some of Godzilla's greatest foes were extra-terrestrial in origin, or simply a bit too over the top. Gigan and King Ghidorah, for example, or Mecha-Godzilla and Destroyah (both of whom I'd say you'd need to save for much later films).

In order to keep with the original movie's tone, I'd have to make a vote on Rodan or Titanosaurus. If we're going to allow cross-overs, then mother f*cking Pacific Rim cross-over yo. But otherwise, I wouldn't be surprised if they just create another original monster.

EDIT: sh*t, know what? Motherf*cking Biollante. Don't know how I forgot that one. Let's go with Biollante.

Too soon, Monkey Boy. Too soon.

If they make a crossover, they have to include Gamera and his theme song: