So, how long [em]was[/em] it between when you grabbed the person holding the camera and finished consuming them? >_>

I prefer to think he's about to poke their eyes out, three stooges style.

I prefer to think he's about to poke their eyes out and wear them on his fingers like olives.

I delayed winning a game against the AI so I could build my ever-growing army of the undead. I could have finished off that elf that was spitting out 1/1 creatures but nahhhh. I roleplayed.

My fav moments came when seeing this in my army:

And then this creature who I necro'ed from the enemy's graveyard. It had trample:

Those two along with 16 shambling bodies lurched their way to victory.

@Strangeblades: I'm drinking wine and beer after six or more months of going without the boozus. Oh god.

@Strangeblades: Wife and I watching Halloween and realized Illinois where it takes place is only one state over from Ohio. #WhatDoYouPeopleDoHere?!

@Strangeblades: Every time I come to the States all I think of is zombie and disaster movies and Stephen King stories. #ImCanadianDrunkAndScared

@Strangeblades: @muraii Yes. Yes it is. I keep thinking that hometown street looks like where Stephen King murderized 64 people.

@Strangeblades: There is nothing I like better than tweeting while sloshed. Two great worlds combining into one f***ing super-duper world.

@Strangeblades: Ask me anything in the next second - oops, too late -.

@Strangeblades: Michael Myers sure is a pain in the ass. #WatchingHalloweenWhileSloshed

@Strangeblades: I'm not naked. That's all I can say at this point. RETWEET FOR NUDITY!

@Strangeblades: I'm f***ing lying through my teeth! I will not show my private parts! RETWEET ANYWAY

@Strangeblades: God will help you to hook up and get laid? What? This crazy sh**. America, you so crazy, I love you. 2/2

@Strangeblades: I'm not legally responsible for my tweets right? Thank god. Cause I was gonna tweet my murder spree plans.

He's in Ohio now with a weekend of drinking ahead of him. If he can get internet access where he's going, I'd look for a lot of thread changes over the next few days.

I imagine that string of tweets coming out over the course of about 20 seconds. It really seems to work with the voice I've created for Strongboobs in my head.

Illinois is two states over from Ohio.

@Strangeblades: About an hour ago I had a boxing lesson by a former champion. #IndianaRocks #SoDoI 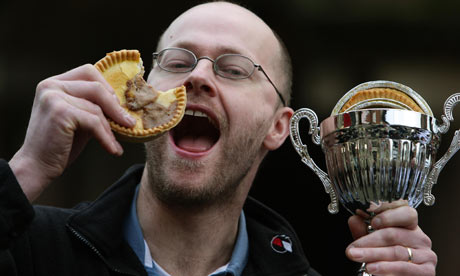 @Strangeblades: About an hour ago I had a boxing lesson by a former champion. #IndianaRocks #SoDoI

But you didn't say what sort of champion... 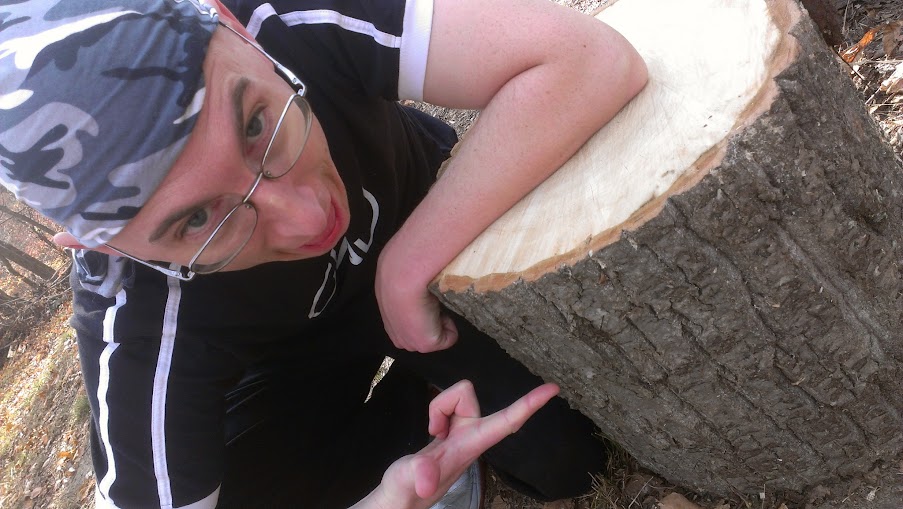 I wish the photo was close enough to see that the spider was doing the same gesture back at Stringblogs.

"How did he know where the tree's butt was?" is the real question that needs answering...

"How did he know where the tree's butt was?" is the real question that needs answering...

This is Stringlebloobs - he just knows.

This might be weird, but growing up Stephen King and Clive Barker were like my surrogate fathers.

I posted some crazy collection of Hotline Miami experiences and pictures on my tumblr thingy. It's just random thoughts and images.

There's some sort of poetic justice that Strangleboobs has no control over the title of this thread.

I posted some crazy collection of Hotline Miami experiences and pictures on my tumblr thingy. It's just random thoughts and images.

This game was made for you.

I notice that wonderful series of photos ended before the one of your face beaten black-and-blue by Lasher.

Lasherthecat at home in Canuckistan shows off her Hello Kitty toothbrush which she might have thrown out. Use 'em and lose 'em.

Cephie the Cephalopod gets strapped in for travel. Or he is being prepped for electro-shock therapy. It's hard to tell as he is mostly head.

Lasherthecat visits one of America's greatest treasures - Trader Joes. Seriously, when is this f-ing franchise going to come to Canada? Staff get asked that question by Canadians all the time.

Do I really have to tell you what time it is?

Upon arrival at Castle Ravenloft (sic) I escort my princess through the commoners' village.

Then, like good Henry VIII before me, I have Sir Rusty (sorry Teneman) bludgeon her to death.

Castle Ravenwood has an odd collection of salt shakers.

This cat was the only witness to the carnage at Castle Black.

Photobombed during a game of Small World.

Tangle and his entourage. There's the crazy guy in the back, the lone wolf stud with the pink bandana and the hot babe.

Pink flamingos at the Columbus Zoo. I was disappointed when I found out they were real.

A skeletal diver feeds the fish at the Columbus Zoo.

One snake acts as a cozy for another snake.

We came to Ohio to find Oily. We found him frolicking in the water at the Columbus Zoo.

Lasherthecat picks our her lunch.

Lasherthecat changes her lunch plans by Super Sizing her order.

Kangaroos. I got nothin'.

What did you expect I would do?

Lasherthecat visits her friend's gym and gets her hands wrapped by former amateur champion boxer Ishika Lay. The boxer has recently recovered from a six-month coma due to a brain injury she sustained when a male opponent sucker-punched her nearly a year ago. She'll never box again thanks to short-term memory damage and other injuries but she is happy to coach others.

Following boxing workout I waited for Lasherthecat to finish a cardio routine. I played Super Crate Box on a netbook with a controller. I come prepared.

She was not kind.